Andrew Marr grilled Matt Hancock on the Government's decision not to ban travel from India sooner given the spread of the Indian variant. The BBC host called the delay in the decision looked "bonkers" to many in the UK. However, Mr Hancock then fact-checked the BBC's own graphs around coronavirus statistics, saying Mr Marr's selection of data "is the wrong way of looking at it".

Mr Marr asked: "Given what we know now, do you regret not putting India on the red list on April 9th?"

The Health Secretary responded: "Back then, this variant was not even a variant under investigation."

The BBC host followed up by introducing a data graphic, adding: "Case numbers in countries you are putting on the red list really matter.

"I have a graphic here to remind us of the data on April 9th. There were 20-odd cases per million in Pakistan. Pakistan went on the red list."

JUST IN: Matt Hancock hits back at Sophie Ridge amid questioning 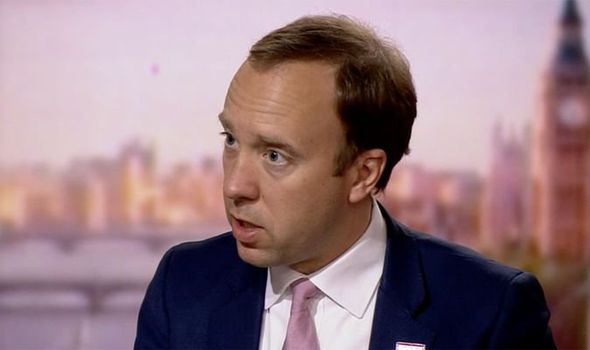 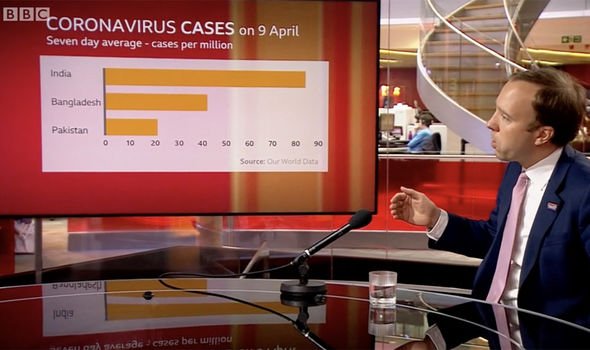 The BBC host called the delay in the decision looked 'bonkers' to many in the UK (Image: BBC)

He said: "Bangladesh had 40 cases per mission. They went on the red list.

"India there were 84 cases per mission, and India did not go on the red list and that to many people seems frankly bonkers."

Mr Hancock fired back: "This data is the wrong way of looking at it. I've heard that you used this graphic and you used it as fact earlier.

"Let me explain, this data depends on how much testing there is and there is far more testing in India than in Bangladesh and Pakistan. 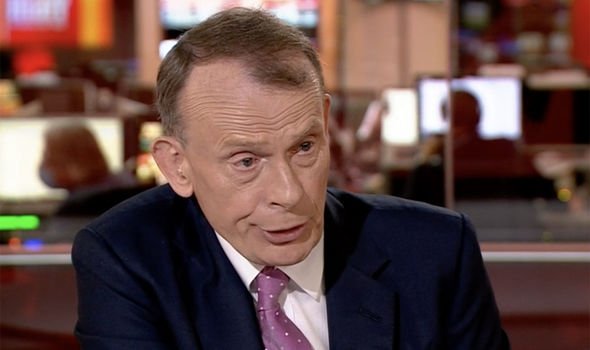 "The decision to put Bangladesh and Pakistan on the red list on that date was taken because of the positivity rate of people coming to this country.

When Mr Marr tried to interrupt Mr Hancock, the Health Secretary hit back: "You asked me about the data, so let me answer!

"The number of people testing positive coming to this country was three times higher for people coming from Pakistan and Bangladesh than for India.

"Once that number for India started to rise, then we added them to the red list."