WE’VE all waited patiently, now it’s time for lift off as one of the most talented jumpers in the game is ready to blast in today’s feature race at Ascot.

It will be just the fifteenth run of the gelding’s career, but he showed the engine was running smoothly when chasing home Frodon in the King George at Kempton on Boxing Day.

That said, I have always felt Ruth Jefferson’s charge is better over this kind of trip with a strong pace to attack in the closing stages.

Remember, he was only a length off Defi du Seuil in the 2019 Tingle Creek at Sandown, and smashed up the admittedly now improved Politologue in a Grade 2 novice chase at Haydock in 2017.

Jefferson, who supplemented her stable star at a cost of £5000, said: “He came out of the King George so well that he only had two days off because he was going to hurt someone if I didn't ride him out!

"He was absolutely bouncing so we started riding him out and I was a bit miffed I didn't enter him in this in the first place.” 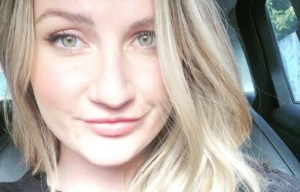 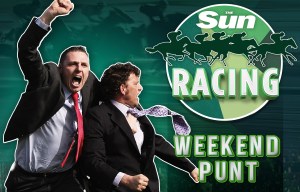 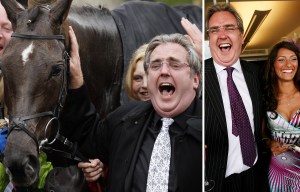 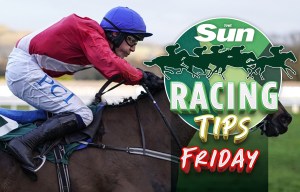 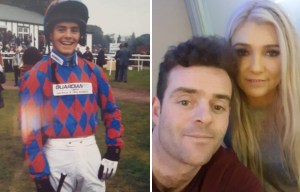 Jefferson added: “He's eating great and very happy in himself. He seems well and the ground is forecast to be in his favour.

"He finished third in the Tingle Creek last season and we thought while we have a fit, healthy, sound, happy horse who seems that he wants to race we'll put him in and give him a run.”

They say the best things in life are worth waiting for, and it’s now been nearly three years since the ten-year-old’s last success.

But that came at today’s track in the Grade 1 Betfair Ascot Chase and his defeat of Cue Card and Frodon on that occasion was exceptional. It’s now or never for Waiting Patiently.

Politologue has been in great form since a wind operation, taking the Queen Mother Champion Chase at Cheltenham and the Tingle Creek on his seasonal return.

However, neither of those races were in any way taxing versions of their usually super tough selves, and this will be much harder for the Paul Nicholls runner. Harry Cobden takes over today with now normal partner Harry Skelton unable to ride at Cheltenham.

Defi du Seuil is harder to weigh up for the master trainer Philip Hobbs.

The eight-year-old was fabulous in this in 2020, denying stalwart Un de Sceaux.

However, he was hopeless behind Politologue at Cheltenham and back at that course this season. Hobbs can find nothing wrong with him, but the formbook can! As a punter we all know he can win, but it’s hard to predict if he will bounce back to his best. He could, but how would anyone know?

Of the others I love First Flow, who goes for the strong combo of Kim Bailey and David Bass.

However, although the ground will be testing I doubt it will be deep enough for the six-timer-seeking improver who really does want it nigh on unraceable. He’d be unstoppable as a mud-wrestler!

JP McManus owns Defi du Seuil, and the mega owner has been mourning the loss of his daughter-in-law Emma, who died suddenly the other day in Barbados at the age of 40. Thoughts are very much with his family.

No racing success will compensate for such a tragic loss, but JP might be able to raise a smile if his former dual Champion Hurdle hero Buveur d’Air gets back to winning ways at Haydock.

Of course the weather may scupper Buveur D’Air’s return, but he is due back on track in the Grade 2 The New One Unibet Hurdle.

Nico de Boinville takes the mount against just two rivals, and on old form he has 12lb in hand of principle danger Ballyandy.

That said, the latter might be capable of a surprise for the trainer-son duo of Nigel and Sam Twiston-Davies.

Ballyandy is a tough nut, and while on the book he has plenty to find, Buveur D’Air will have to be close to his best. He’s been off the track having got a very serious splinter injury that many thought might end the career of the Nicky Henderson-handled hero.

It seems the world is waiting patiently for some form of normality. At least racing fans only have until 3.35pm to sit tight on ITV4.

The head of Kick It Out Toxic masculinity in football is the problem. Some consider it normal to lash out at the family after the defeat of their team
Gladbach held off Pep's attack, but City's game without the ball is power. A bonus was the Bernard - he played as Gundogan
City have a lot of money to buy a lot of incredible players. Guardiola joked about the reasons for the winning streak
First, Zidane famously outsmarted Gasperini with a no-striker scheme. And then there was a deletion-and confused the plans of both teams
Gasperini on the removal of Froiler: The referee must find another job if he does not understand the difference between a fight and a violation
Maybe Zlatan will return to the national team. It still shows unrealistic results. Starfelt about Ibrahimovic
Alisson's father drowned in Brazil. He dived off the dam
Source https://www.thesun.co.uk/sport/horseracing/13817692/matt-chapman-ascot-waiting-patiently/