Manchester United supporters were left fuming at VAR and referee Martin Atkinson during their team’s 3-1 defeat against Crystal Palace at Old Trafford on Saturday.

Ole Gunnar Solskjaer's side made a dreadful start to their 2020/2021 Premier League season, as Palace dispatched their opponents in humiliating fashion.

As well as an abject performance, United fans were also irritated after Palace netted their second goal in dubious fashion.

A subsequent VAR check concluded that Atkinson should take a second look on the pitchside monitor.

He gave the penalty, which United goalkeeper David De Gea saved but, one minute later, a retake was ordered after VAR adjudged that the Spanish stopper had stepped off his line to block the spot kick.

Pundits Danny Murphy and Jermaine Jenas discussed both incidents on Saturday night’s Match of the Day.

Former Liverpool midfielder Murphy said he was 'bamboozled' by the decision to award Palace the penalty.

He explained: “We talk about natural body positions, we talk about proximity, could he be any closer?

Ole Gunnar Solskjaer and Manchester United made waves with the high-profile signing of Dutch wonder Donny van de Beek - and a lot is expected of him at Old Trafford.

With a new man to shine in the Norwegian's XI, you certainly won't want to miss a thing.

In a daily United bulletin from the MEN , we'll be bringing you the latest breaking news, analysis, transfer features and opinion, as well as the key talking points for fans, straight to your inbox - and of course, we'll cover everything that Van de Beek does in a United shirt. 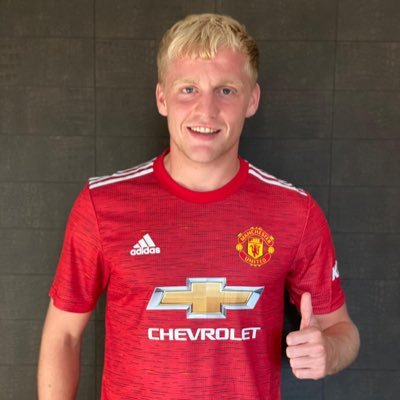 It's easy! Click HERE. It only takes a few seconds

That's not all though...

If you consider yourself a dab hand at Fantasy Premier League, you can use van de Beek in your FPL team, possibly win £250, a new replica 20/21 football shirt of your choice, and the inaugural RFFL winner’s trophy as well as a certificate in our Reach Fantasy Football League.

Joining is easy to enter, simply sign up here.

“They talk about your hand being away from the body, how can he be any different when he’s running?”

He also hit out at the decision to allow Palace to retake the spot-kick, stating: “Then what do we get, another pull back because De Gea is an inch off the line. I know it’s right, but it doesn’t matter if they step a yard. It’s so pedantic.”

He added: “Obviously, the rule is, if he’s off the line, he’s broken the rules. We know when goalkeepers have come flying out and that is ridiculous.”

Fabio Capello: Barcelona could have scored 8 goals for Juve instead of 2. The difference between the teams is shocking
Nagelsmann boasted that Leipzig would read any Manchester United scheme - and got 0:5. Solskjaer still surprised him, and then finished off Rashford
Tuchel on criticism: PSG leads in France. Juve, Liverpool, city, Barcelona and Real Madrid in 1st place in their respective leagues?
Owen Hargreaves: Van de Beek could be Manchester United's Muller. Once he is in the squad, he will not be forced out
The French Cup is suspended until December 1 due to coronavirus. Ligue 1 matches will be played without spectators
Rashford has the fastest hat-trick in the history of the Champions League among players coming on as a substitute. Mbappe - the second
Lampard named Xavi and Iniesta as the best players he has played against
Source https://www.manchestereveningnews.co.uk/sport/football/football-news/manchester-united-penalty-palace-jenas-18965679