A MARRIED teacher Googled 'good secluded areas' and 'alibi' - before having outdoor sex with a 15-year-old pupil, a court has heard.

Kandice Barber, 35, is accused of mounting the 15-year-old lad in her 4x4, having sex with him in a field and performing a sex act on him in the driveway of her family home.

She has denied any physical affair. But jurors have now heard she made a series of searches on her phone - a month before the pupil alleges the pair had sex in October 2019.

Cops found the search terms after seizing Barber's phone following her arrest at the school.

Detective Constable Collette Parker told Amersham Law Courts the defendant had looked up 'what is the relationship title of someone you're having an affair with' at 5am on September 30, 2019.

Later that day, she allegedly searched for the word 'alibi' before Googling 'when you have a plan of where you've been' and 'a lie of where you have been'.

The next evening, Barber Googled 'good secluded areas' and 'Holiday Inn Wycombe', it was heard.

"I arrested her on suspicion of abuse of trust and sexual activity with a child," the Thames Valley Police officer said.

"She went white and was shaking. I seized her mobile phone and she was then taken to be interviewed."

Barber then prepared a written statement, which read: "I categorically deny that I have ever had sexual intercourse with this boy.

Yesterday, it was alleged that Barber told the complainant to delete all her sexy messages to him after their romps were exposed.

The court heard when she was confronted by the school’s headteacher she appeared "shocked" and denied the allegations.

But she then told the pupil “to delete everything and block her number” after realising their secret was slipping out, it's alleged.

When an explicit photo of Barber emerged, the student finally admitted the relationship, “shaking” as he confessed to the school's headteacher, jurors heard.

The head then called police.

Barber, of Wendover, Buckinghamshire, denies three counts of causing or inciting a child aged under 16 years to engage in a sexual act. 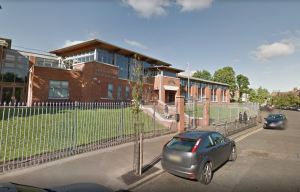 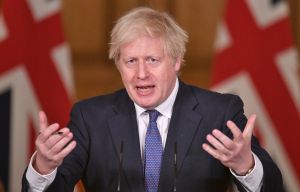 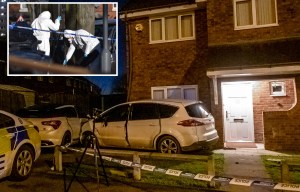 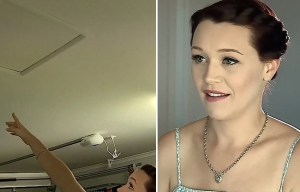 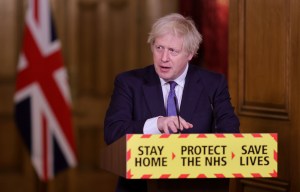 The court has previously heard claims the mum is so “tiny” she only came up to the teenager’s shoulder - making the logistics of their alleged romps impossible.

And jurors have been told Barber is already convicted of sending a video to the boy, showing her pleasuring herself while on a bed surrounded by sex toys.