PUNTERS have waited a very long time for the return of tense cop drama Marcella and they will be well rewarded with a dynamite premiere episode.

Marcella returns with its third season tonight on ITV as UK viewers had to wait more than six months for the series after it was released globally in 2020.

But the wait will be well and truly worth it when they see an edgier Marcella who has transformed not only her brunette hair, but her entire personality.

The third series of the noir cop drama opens with a quick flashback to the end of season two.

We see Marcella shooting her boss Rav and faking her own death before making a getaway.

It's a convenient way to quickly recap where we last saw Marcella but to also remind us of the complex PTSD she suffers as the result of accidentally killing her own baby daughter.

Next the scene is established that Marcella has relocated to Belfast complete with a new look - a striking platinum blonde wavy bob.

Nearby an impoverished estate is full of drug deals and teens teetering on the edge of a life full of petty crime.

But Marcella seems to be doing well for herself, who know goes by the name of Keira.

She's dating a well to do business man named Lawrence for the past 10 months, who gives her a giant sparkler of a diamond ring, but it's only an engagement 'if she wants it to be'.

Marcella awkwardly says "we can't get married" and viewers will remember she probably needs to avoid making anything official seeing as she's pretending to be someone else.

The pair then head off to dinner - with Marcella/Keira rocking a stunning velour jumpsuit and matching wedges which she makes a point of saying how awkward they are.

She has undergone a very chic transformation and looks worlds away from the Marcella viewers have grown to know, which may have been necessary to infiltrate the Belfast crime family.

The next scene introduces viewers to the Maguire family and their dinner is fraught with judgement and pressure, headed up by matriarch, Katherine.

During the tense dinner, Bobby gets a phone call presumably about the discovery of 10 dead refugees found in a shipping container.

He's apparently "in charge of the docks" as part of the family's shady operations and goes off to investigate.

As Lawrence and Keira head off, Finn invites them to go for a walk on the sprawling estate where his lackey, Connor, shoots Lawrence in the head spraying Keira in his blood.

She calmly walks off and it comes to light she tipped off the family that Lawrence had been skimming the books.

Finn insists she move in with him and Katherine to keep a close eye on her, and she can't even go to the 'doctor' without his Connor driving her.

She manages to get away from him and meets with her boss - Frank, who we're not sure if he's police or not - to whom she reports the intel she's gathered on the family.

He warns her against living with the crooked family, but she insists it's only way to find out what they're up and he says he'll 'run it up the chain'.

Keira's then tasked with driving Katherine to the opening of a new council estate that the family helped pay for and is clearly a rue to demonstrate how well loved and connected she is among 'the people'.

But things go awry when the new mayor "declares war" during his speech on the Maguires and their criminal ways. 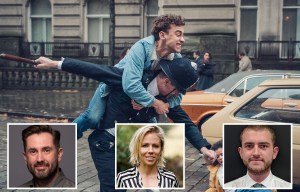 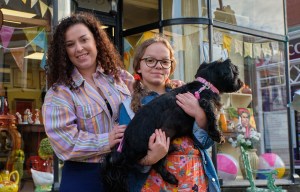 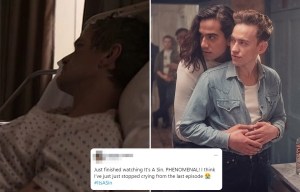 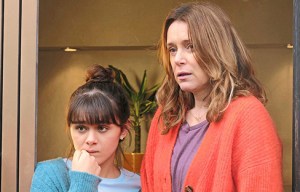 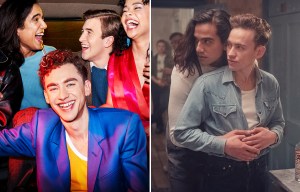 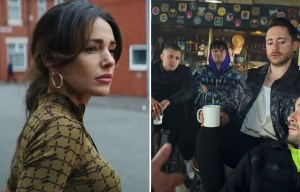 Meanwhile Bobby is in London at nightclub bashing in the head of the Foreign Secretary's son with a champagne bottle and we see Rav for the first time who charged with investigating the murder.

It's not until the very end of the episode we learn why Keira might have betrayed Lawrence and that was because she's actually in a relationship with Finn.

As they reconnect for a sexy romp, Connor creepily watches on from a hole cut into the ceiling.

The gripping first episode certainly leaves a lot of questions needing answers, such as who is Marcella/Keira working for, how did Rav survive his gunshot wound, and exactly what are the Maguire family up to?

Moreno has 6 goals in his last 5 games for Villarreal
Coach of Zagreb: In the matches with Krasnodar, we showed how good we are. Only the implementation needs to be worked on
Ole Gunnar Solskjaer: Manchester United are waiting for three important weeks, matches with Chelsea, Leicester. We are confident in ourselves
Gattuso on Granada: If Napoli were killing time like this, we would have been smeared in the press
Dzeko is Roma's top scorer in European competitions. He scored the 29th goal and beat Totti
Mikel Arteta: We got to give them two goals. Would hate to fly out of the Europa League
Milan kicked 18 penalties for the season. This is the best result in the top 5 leagues in Europe
Source https://www.thesun.co.uk/tv/13856032/marcella-season-3-anna-friel-blonde-crime-family/