Goals from Odion Ighalo, Daniel James, Juan Mata, Mason Greenwood and Andreas Pereira in Austria mean United are already guaranteed of a place in the last eight. United will face either Istanbul Basaksehir or Copenhagen in the next round in Cologne on August 10, with the second leg of that game taking place in Denmark tonight.

Ole Gunnar Solskjaer confirmed Jesse Lingard will start tonight's match with Luke Shaw and Axel Tuanzebe the only injury absentees. Youngsters Teden Mengi and Ethan Laird could also be involved in some capacity given the current aggregate scoreline. The United boss suggested he would name a similar team to the side that won so comfortably in the away leg.

Kick off at Old Trafford is at 8pm.

Stay tuned for the latest team news and score updates.

Will Solskjaer hand him a starting spot as the perfect present?

Team news will be out at 7pm. 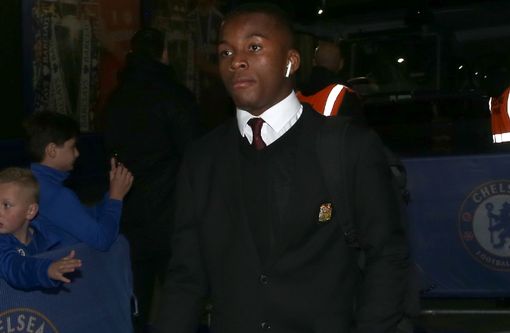 Manchester United line up fans want to see vs LASK

United fans want to see 10 changes to the side that defeated Leicester on the final day of the season.

Supporters are keen to see opportunities handed to Teden Mengi and James Garner who have impressed in the development sides over the last year.

The team fans want to see against LASK

Manchester United will confirm their place in the last eight of the competition by avoiding disaster tonight.

The last time the Reds reached the quarter-final stage of the competition, they went on to secure the trophy under Jose Mourinho three years ago.

United have been backed to record another heavy victory tonight.

"The Red Devils are unbeaten in their last 13 UEFA Europa League home games and have registered four wins out of four at Old Trafford this season, scoring 13 goals and conceding none.

"It’s difficult to see anything other than another tough night for the Austrian team and I am going for another clean sheet and easy victory for Ole Gunnar Solksjaer’s men in this one. Manchester United to win 3-0."

It's fair to say Solskjaer has used the Europa League to rotate his squad and keep players fit for their Premier League matches.

United have used 35 different players during this season's competition, seven more than any other side.

Expect that rotation to continue tonight but the strongest side should be named in the latter stages as United seek more European glory.

Ethan Laird could be included in the United side (Image: 2019 AMA Sports Photo Agency)

How United should line up vs LASK

Solskjaer is expected to name a similar side to the team that won so comfortably back in March.

Luke Shaw and Axel Tuanzebe both miss out through injury.

Welcome to our coverage of tonight's game.

United can book their place in the Europa League quarter-final where they will face either Istanbul Basaksehir or Copenhagen.

The Reds take a commanding lead into the second-leg having won 5-0 in Austria.

We'll bring you the team news as it drops.

Zinchenko will miss at least three weeks due to injury
Bayern want to buy Kramaric. He scored a double against Munich last week
Benfica coach on Dias' departure: We are only financially weaker than the city. He is leaving a bigger club
Milan and Ajax want to sign Atalanta defender Gemiti
Manchester United wanted to rent Chiesa. Fiorentina denied
Kuizans will sign a 4-year contract with Leeds. Bayern will be able to return the midfielder within two years
I want to play football in the Amateur League. How much does it cost?
Source https://www.manchestereveningnews.co.uk/sport/football/football-news/man-utd-vs-lask-live-18722102