THE Manchester Arena suicide bomber was "smiling and talking on the phone" just moments before he murdered 22 victims in an attack that shook the nation.

Salman Abedi, 22, was seen in high spirits as he waited for crowds to emerge at the end of the infamous Ariana Grande gig on May 22, 2017.

A public inquiry heard how he killed the innocent fans after detonating his homemade device packed with 3,000 nuts and bolts hidden in his backpack.

Showsec security guard at the Arena on the night, Mohammed Agha, told the inquiry in Manchester: "He was on a phone, a mobile phone, he was smiling."

Seconds later Abedi blew himself up - with the shrapnel exploding into the unsuspecting crowd.

He had been hiding at the back of the City Room, the foyer to the Arena, before heading for the entrance doors of the venue as people emerged at the end of the gig at 10.30pm on May 22 2017.

Mr Agha told the inquiry he had seen Abedi, dressed in black and carrying a big, bulky rucksack, three times earlier that night but did not think him suspicious until minutes before the bombing when he agreed it "crossed his mind" Abedi might be a suicide bomber.

He was on the phone, mobile phone, he was smiling.

He denied he "fobbed off" a member of the public, Christopher Wild, who came to him to report his suspicions about Abedi around 10.15pm.

Around 15 minutes later Abedi left his position at the back of the City Room, a CCTV "blind spot", to detonate his device.

Paul Greaney QC, counsel to the inquiry said: "How did the man seem to be at that stage as he made that final walk?"

Mr Agha replied: "He was on the phone, mobile phone, he was smiling."

Earlier Mr Agha said he had passed on Mr Wild's concerns about Abedi to a colleague, Kyle Lawler.

But this was at 10.25, some eight minutes after Mr Wild had first raised his concerns.

Mr Agha, aged 19 at the time of the bombing and being paid the minimum wage of £7.90 an hour, said that night his job was to stand by a fire exit.

He had no radio and said if he left his post, except for an emergency, he might lose his job.

Mr Agha said: "It's a concern, it's a suspicion but it's not an emergency for me.

"I would have got in trouble, my job is in jeopardy."

Families of some of the victims wiped away tears, others watched grim-faced and others shook their heads as the witness continued his evidence.

Mr Agha said he tried but failed to attract the attention of his boss, standing 30 metres away across the room, by raising his hand.

When a colleague, Mr Lawler, passed by him he spoke to the fellow Showsec steward, who had a radio, for him to report what Mr Wild had raised with him, to his superiors in the control room.

As he and Mr Lawler looked at Abedi, he described the bomber as, "kind of looking nervous, or kind of looking fidgety. He was playing with his hands".

Mr Greaney asked the witness if he thought one possibility was that the suspicious man with the backpack might be a suicide bomber.

Mr Agha replied: "Not, not like, I did think about it, but it was not fully in my head." 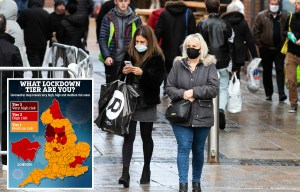 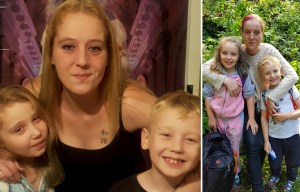 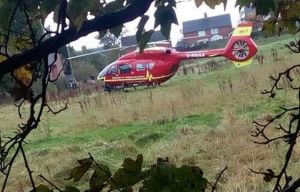 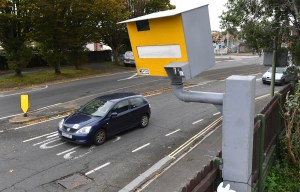 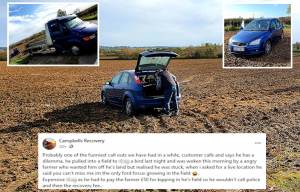 Mr Greaney continued: "Do you agree, it did cross your mind that this man might be a bomber?"

The public inquiry is looking at the background circumstances before and during the bombing and is expected to last into next spring.

Guardiola has played 700 games in his career as a coach: 507 wins, 111 draws and 82 losses
De Bruyne has 14 assists in 2020. Most of all in the Premier League
19-year-old midfielder Sevikyan made his debut for Levante in La Liga. He is a pupil of Lokomotiv
Barca Director Amor: Messi gave a lot to the club, and the club gave a lot to Leo. I hope he finishes his career here
Dele Ayenugba: they didn't believe in African goalkeepers in Europe, but now a Senegalese is playing in Chelsea, and a Cameroonian is playing in Ajax
Bavaria has watched the midfielder, Inter Aguma. He was included in the list of the best born in 2002
Davies can play in the match Bayern-Lokomotiv, Kimmich-at the beginning of the new year
Source https://www.thesun.co.uk/news/13028396/manchester-arena-bomber-smiling/