A MAN has been missing in Loch Ness for more than 20 hours after falling into the water while reportedly taking a pee from a boat.

The man, believed to be aged 34, is one of a group of four Polish nationals who had gone onto the loch to enjoy a day sailing from Dores beach, nine miles from Inverness.

His friend, who was on board the yacht cruelly named Miss Adventure, dived into the freezing waters to try and rescue his pal shortly before 7pm last night.

But he also got into trouble and was pulled from the water by rescuers while others began a desperate search for his companion.

The search for him went on for hours until darkness defeated the emergency services, including police, fire brigade, Loch Ness RNLI lifeboat, the coastguard, its helicopter and a host of volunteers.

It resumed this morning but, as the year round temperature of the country's deepest loch is 5 degrees, cramp could quickly set in and drag a person under.

One local said: "We heard that he had gone for a pee and fell overboard. His mate dived in to save him but the other chap went under very quickly. I don't think he was wearing a life-jacket."

A police investigation has begun and it is likely that a fatal accident inquiry will be held. It is unclear whether the boat was owned by one of the party or if it had been rented.

Following the drama, the boat was tied up at Temple Pier near the Loch Ness RNLI lifeboat station after being towed there by the mercy crew.

The search area was also extended further up the loch to Urquhart Bay.

Inspector Nick Macrae, of Inverness Burnett Road Police Station, said: “Police were called around 6.50pm on Thursday, July 9, following a report that two men had fallen from a boat into Loch Ness near Dores Bay. 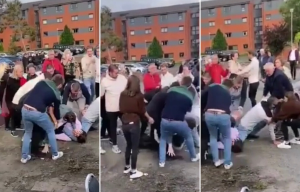 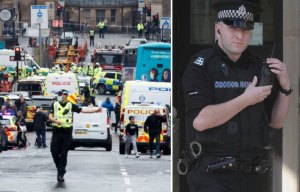 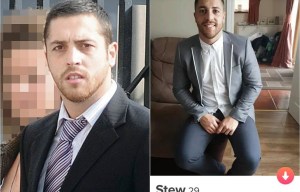 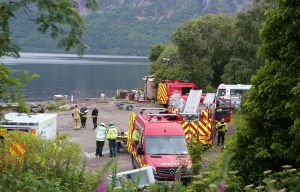 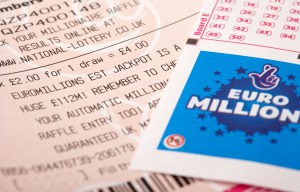 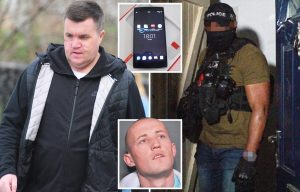 “One man was rescued from the water and conveyed to hospital as a precaution.

"Emergency services, including the Police Scotland Dive and Marine Unit, are in attendance and are currently carrying out a search of the area for the second man.”

Rudi Garcia on Lyon's chances against city: the quarter-Finals showed that the favourites can also be beaten
CSKA agreed a 5-year contract with Fuchs. The transfer is estimated at 7-10 million euros
Ferdinand on Messi at Barca: Will he want to stay, given the results and the team's performance? Does he have time to wait?
I would not be surprised if Pochettino is appointed in less than 3 days. Ex-Barca winger Carrasco on the club's new coach
Alaba about Mueller: we are Glad that Bayern have such a player
Jordi Cruyff replaced Donadoni at the head of China's Shenzhen
Tiago Pro 8:2 with Barca: Bayern haven't won anything yet
Source https://www.thesun.co.uk/news/12093169/loch-ness-man-fall-in-rescue-pee-boat/

Devoted mums raise £75,000 to fund cure for a cruel disease that is robbing their children of a future