THIS week’s revelation that German offender Christian B is the prime suspect is certainly the biggest development in the 13 years since Madeleine vanished.

But I fear German police now have their work cut out to secure any conviction.

We know that Christian B keeps evidence of his crimes.

For years he kept his home-made videos of his rapes and sex attacks.

His offending behaviour tells us he would almost certainly have videos of Madeleine, yet there appears to be nothing.

You would also expect evidence to have been found in a vehicle.

But we know his VW camper van and Jaguar car — long since sold — have been found by police and forensically examined.

Again, no link to Madeleine was found.

I know from my contacts Christian B is not co-operating at all with the police.

So German investigators lack a body, hard evidence, and a confession.

The best chance now is for someone known to Christian B to break cover.

They would have to reveal crucial evidence that only a person involved in Madeleine’s abduction can know.

Christian B is the main suspect for Madeleine’s murder because in May 2017 — on the ten-year anniversary of Madeleine’s disappearance — he was in a German bar watching the appeal and is alleged to have told a friend he knew what happened.

He went into some detail about how he committed the crime.

I believe the German authorities have played all their cards in the hope the public can give them the trump card.

He also told how he had raped an elderly lady in Praia da Luz, even showing him evidence on his phone.

This set in motion events which now see the Germans leading the investigation.

Christian B was first eliminated by Portuguese cops in 2008, and then again in 2011 by the Met Police when his name was on a list of 600 people of interest handed to them by the Portuguese.

Then, in 2013, German police received information that named Christian B in connection with Madeleine.

However, at the time, the information was not significant enough to take any action.

That’s until the alleged 2017 bar confession.

I believe the German authorities have played all their cards in the hope the public can give them the trump card.

Have they got the right man? Christian B's past shows key indicators — a predilection for young girls, violence and sexual assault. 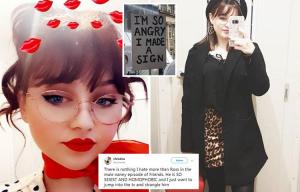 Selfish, lazy victims: Why I HATE being part of Generation Z 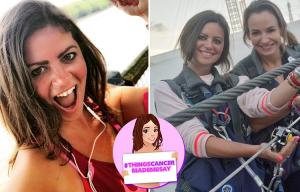 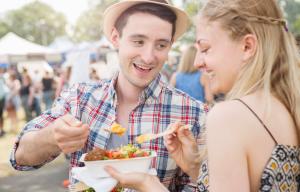 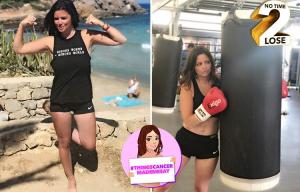 But it is a massive step from committing child sex crimes and burglaries to abduction and murder.

Unless, of course, you had done it before and never been caught.

But with evidence lacking in the Madeleine case, my worry is police won’t reach a threshold to charge him.

Pique on La Liga: Barca do not like to fall behind, but we have made every effort to change the situation
Pep Pro 0:1 with Southampton: city liked the Game, but it's not enough to win
Mandzukic is Interesting to Fenerbahce and Galatasaray. It is also claimed by Loco and Milan
Messi wants to finish his career at Barca. Bartomeu believes that Leo will not leave in a year
Gasperini about Atalanta: we Want to reach the Champions League and break the club's record for points in Serie A
Hames can leave Real Madrid for the Premier League for 25 million euros. A year ago, Atletico and Napoli offered 45-50 million euros for him. Real Madrid Midfielder Hames Rodriguez is likely to change clubs at the end of the season
Gattuso on Napoli: We must develop a winning mentality
Source https://www.thesun.co.uk/news/11802463/christian-b-police-evidence-charge/

Aberdeen fixtures for 2020-21 season in full

First Celtic vs Rangers clash to take place in October