The claims comes as cops "launched searches" for the Brit youngster's body in rural wells on the Algarve.

The hunt is said to have been conducted in Vila do Bispo, a short drive from Praia da Luz where she vanished aged three, in May 2007.

Hans Christian Wolters, the chief prosecutor in the case, previously wrote to Madeleine's parents telling them he has "concrete evidence" she was no longer alive.

He said in a letter to Kate and Gerry that he has no doubt their daughter is dead, but he refused to tell them why.

Wolters told them that to reveal the evidence would jeopardise his investigation into the German suspect.

Firefighters have also been called in to help with the new search with reports saying they were ''looking for a body''.

The broadcaster has also linked the German 43-year-old to another missing persons’ case in the Algarve resort of Silves.

More details are expected to be revealed later.

RTP reporter Sandra Felgueiras last week revealed Christian B had been arrested on suspicion of exposing himself to children in a playground a short drive from Praia da Luz in 2017 when he was on the run from German authorities.

She also quizzed a couple the convicted paedophile used to live with in Portugal who claimed a Scotland Yard neighbour had been helping Algarve investigators probe Madeleine’s disappearance.

There was no immediate official response from Portuguese police to the RTP well search claims.

Last month, we reported how cops were poised to dig up land around two Portuguese lairs where Christian B lived near Praia da Luz.

One home, a farmhouse, is just 25 minutes' walk from the hotel where the Madeleine went missing 13 years ago.

The single-storey farmhouse property is littered with abandoned wells and sits on a hillside with a footpath to the beach where the three-year-old played.

Portuguese police were said to be considering searching the abandoned wells near the farmhouse, which was rented by Christian B.

According to Portuguese newspaper Sol, the Judicial Police (PJ) has looked at the possibility Madeleine's body could be in the wells.

But at that point Portuguese cops hadn't received a request from German authorities to search places frequented by Christian B, it was reported.

After the recent appeal which led to Christian B being identified as a suspect, cops were said to be on standby to search areas German prosecutors pinpointed as possible burial sites once they had extra information.

In June 2014, Scotland Yard detectives backed by a team of sniffer dogs excavated scrubland around 300 yards from the farmhouse building, but unearthed no clues.

The beauty spot is also well known to Madeleine's parents Kate and Gerry McCann, who regularly jogged around Black Rock after launching their hunt for their daughter in Praia da Luz in May 2007.

A Portuguese source said in June: “Judicial Police have confirmed they have been approached by German authorities in connection with the case and they will undoubtedly be prepared to carry out fresh searches in the hope of giving the McCanns closure.

“The obvious focus would be around the hillside former farm building and another property nearby with links to him.”

Jim Gamble, who was a senior child protection officer during the UK's initial McCann probe, alleged they missed their “golden hour” by not examining the phone data.

He said: “The information about what telephone was there at a particular time in connection with another number… was captured, but it had never been properly interrogated.

"So that data hadn't been analysed.

In 2010, Gamble published a report into the case which had been commissioned by then Home Secretary Alan Johnson.

After this the Metropolitan Police to re-opened their own investigation because of alleged failings from Portuguese detectives.

One recommendation Mr Gamble made was to re-examine a “cell dump” which was a vast backlog of phone data collected from towers.

German investigators claim they have traced the phone used by their prime suspect and found it connected to the mast owned by the resort complex where the McCanns were staying.

Hans Christian Wolters said this has allowed them to place Christian B at the scene around the time Madeleine was taken. 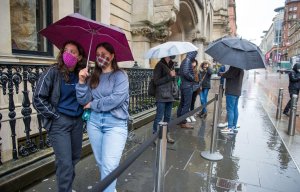 The phone call has been a central part of the renewed police probe since the twice convicted paedophile was named as a key suspect earlier this month.

The serial offender is currently in jail in his homeland for unrelated offences.

The suspect's lawyer Friedrich Fulscher said in June he ‘denies any involvement’ in Madeleine’s disappearance.

Juventus sacked Sarri (Nicolo Skira)
Messi sleeps on an anti-coronavirus mattress. The tissue is coated with nanoparticles that destroy the virus
Andrea Agnelli: Ronaldo will stay at Juventus. He's the mainstay of the club
Mbappe got into PSG's yawn for the match with Atalanta in the Champions League
Guardiola again played against Madrid without strikers. Zidane did not find an answer
Gattuso on the match with Barca: Napoli will climb Everest
Lampard about the game with Bayern Munich: the History of the games, when everything changed. Chelsea needs to be trusted
Source https://www.thesun.co.uk/news/12094689/madeleine-mccann-detectives-fundamental-evidence-dead/

Can I go on holiday to Ireland? Latest travel advice and quarantine rules

As bad as salary caps are, they should benefit Sunderland's bright young prospects

M6 standstill at multiple points after accident and holiday congestion

Poem of the month: How to Do Absolutely Nothing by Barbara Kingsolver

Cristiano Ronaldo buys £8.5m limited edition Bugatti Centodieci’ – one of only ten that exist in the world

Harrying Harriet, the preacher under pressure – your soapland update

TV picks, day by day – from game shows to the Gallaghers

Mum spends £50,000 making every room in her Wigan home 'the perfect shade of pink'

The Yorkshire beaches safe for swimming and those to avoid

Mum appalled by doll daughter was given that makes 'disturbing' sounds