Meanwhile, Turkish state-backed media have accused France of "seeking war" as the situation threatened to reach boiling point. During his astonishing rant, Mr Erdogan also dismissed Mr Macron's recent visit to Beirut following the massive explosion which rocked the city as a "show" - and claimed he was "chasing photos".

What Macron and company want is to restore colonialism in Lebanon

Speaking in the Turkish capital of Ankara, Mr Erdogan said: "What Macron and company want is to restore colonialism in Lebanon."

In a reference to the French President's trip after the blast which killed 171 people and injured more than 6,500, he added: "We are not chasing after photos or performing in front of the cameras."

Concerns are mounting in the region after Turkish seismic research vessel Oruc Reis was sent to a disputed area of the Mediterranean close to the Greek island of Megitsi, as part of a search for natural oil and gas resources which both countries claim rights to. 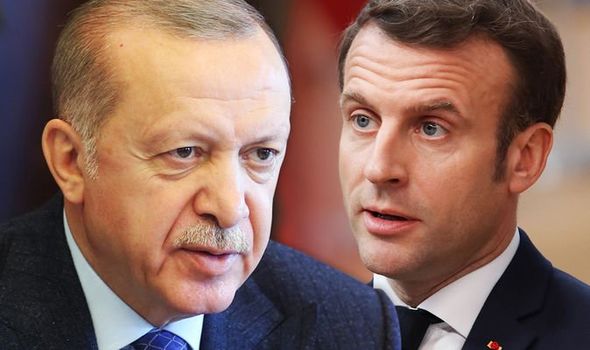 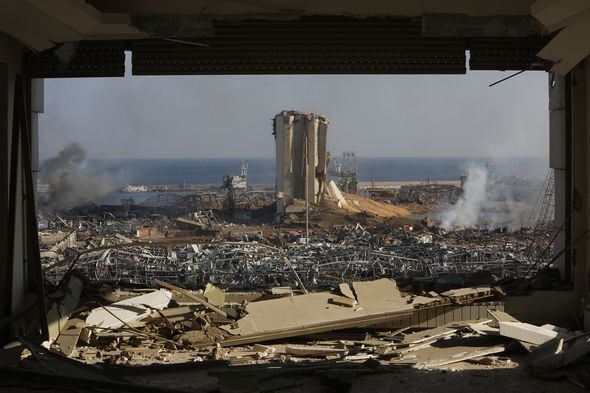 A picture taken from a nearby building shows the aftermath of the explosion in Beirut (Image: GETTY)

Addressing the issue last night, Mr Erdogan tweeted: "That an island, whose total area is 10 square kilometers, would be entitled to 40,000 square kilometers of maritime jurisdiction is both laughable and baseless under international law."

France yesterday confirmed it was taking part in joint military exercises with Greek forces in the eastern Mediterranean, having deployed two fighter jets and a warship.

In a series of tweets yesterday, Mr Macron said: "The situation in the eastern Mediterranean is worrying.

JUST IN: We're in trouble! Expert admits Ireland RIPPED OFF by EU 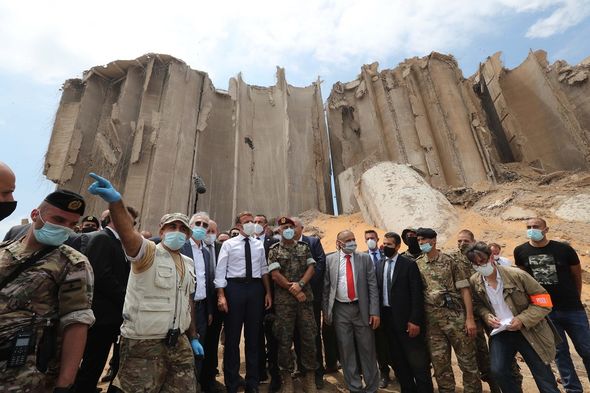 "These must end in order to allow a peaceful dialogue between neighboring countries and allies within NATO.

Mr Macron added: "I have decided to temporarily strengthen the French military presence in the Eastern Mediterranean in the coming days, in cooperation with European partners including Greece." 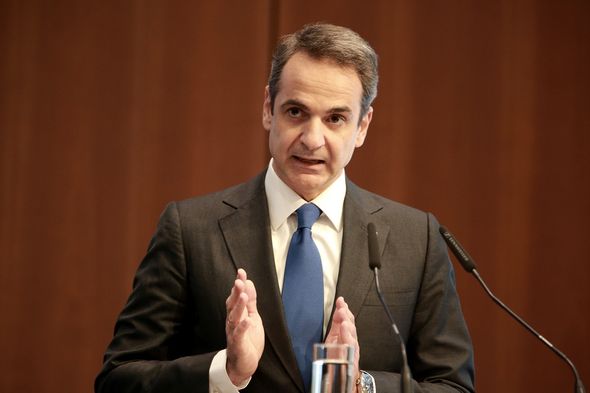 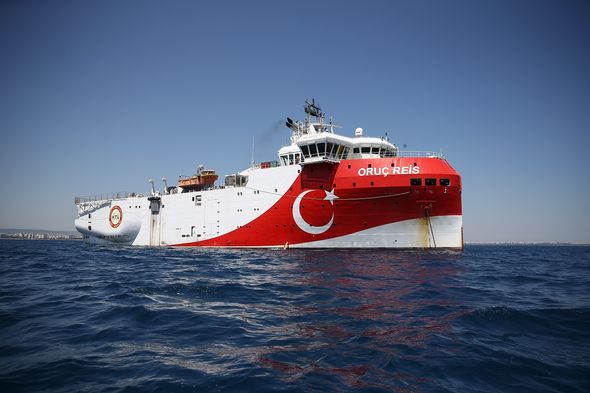 Pictures earlier this week showed the Oruc Reis being escorted by a flotilla of Turkish Navy vessels, prompting Greek Prime Minister Kyriakos Mitsotakis to warn: "The risk of an accident lurks when so many troops are concentrated in a limited area.

"And the responsibility lies with the one who causes these conditions. 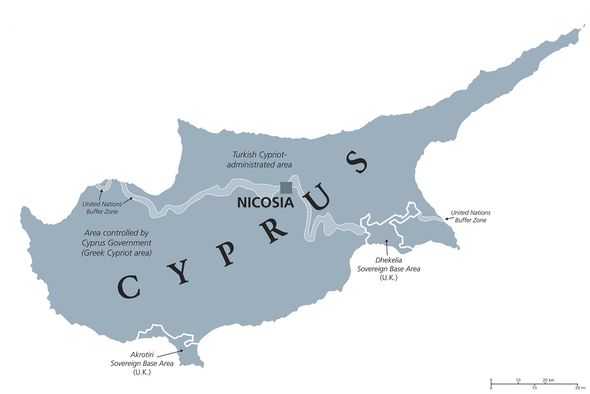 The UK has military bases on Cyprus (Image: GETTY)

"We will never be the first to sharpen things.

"But no challenge will go unanswered."

Turkey and Greece have a long history of antagonistic relations. 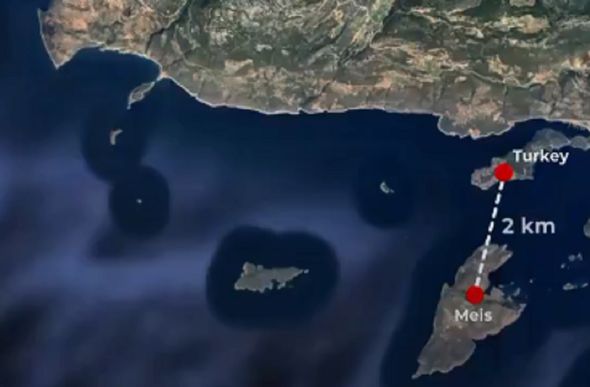 Megitsi - known to Turkey as Meis - is close to the Turkish mainland (Image: Erdogan Dijital Medya)

The country has remained divided ever since.

The UK maintains an important strategic foothold in the region, via its military bases at the Sovereign Base Areas of Akrotiri and Dhekelia, which is a British overseas territory on the island of Cyprus.

Barcelona's Interest in Isak Increased after Koeman's appointment. Larsson has a high opinion of the player (Mundo Seportivo)
Manuel Pellegrini: When you play against Real Madrid and var, it's too much
PSV and Porto are Interested in Barcelona midfielder PUC. He doesn't want to leave the club
Puyol about Barcelona: If we want to win the championship, we need to perform very well
Schalke sacked Wagner. The team has not won the Bundesliga since January
Iacini on 3:4 with Inter: Even a draw would be an unfair result, given how many chances Fiorentina created
Ramos Pro 3:2 with Betis: the Referee tried his best and didn't do anything intentionally
Source https://www.express.co.uk/news/world/1322791/Turkey-greece-france-emmmanuel-macron-recep-tayyip-erdogan-lebanon-eastern-mediterranean?utm_source=feedburner&utm_medium=feed&utm_campaign=Feed%3A+daily-express-news-showbiz+%28Express+%3A%3A+News+%2F+Showbiz+Feed%29