Initially it said that one lane was shut near Sandbach Services between Junctions 16 and 17. This was later increased to two lanes after emergency services rushed to the scene.

Its first tweet said: "The #M6 southbound #SandbachServices (#Sandbach #BetweenJ17andJ16) to #J16 (#StokeOnTrent #Crewe #Nantwich #A500) 1 lane has been closed due to a collision. Traffic Officers & Recovery are on their way to the area."

This was followed by an update posted shortly after 7.15am.

It said: “UPDATE- The #M6 southbound #SandbachServices (#Sandbach #BetweenJ17andJ16) to #J16 (#StokeOnTrent #Crewe #Nantwich #A500) 2 lanes have been closed due to a collision.

“Traffic Officers @CheshireFire Recovery & @NWAmbulance are currently at the scene.” 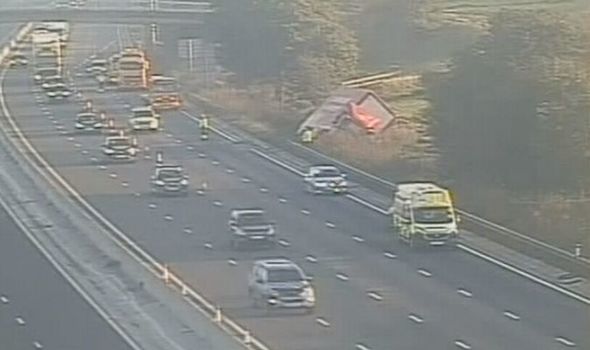 The crash happened on the M6 this morning (Image: HIGHWAYSENGLAND) 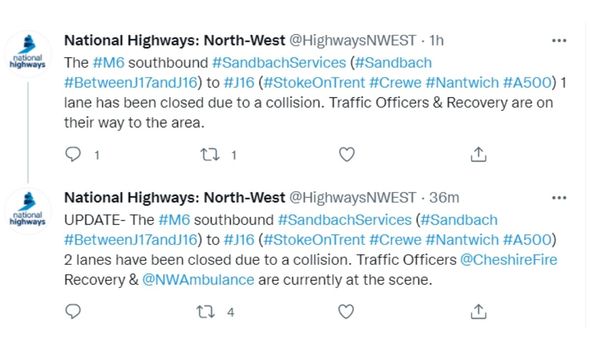 The section of motorway is one of the major trunk roads in the area and is frequently hit with delays and accidents.

On Thursday a crash involving a van and a car towing livestock caused 10 miles of tailbacks on the motorways northbound stretch between junction 15 and junction 16.

According to traffic monitoring system INRIX, an air ambulance was called to the scene on Thursday morning after the accident added up to 90 minutes on to travel time.

One lane was closed and drivers travelling from Staffordshire to Cheshire faced long delays. 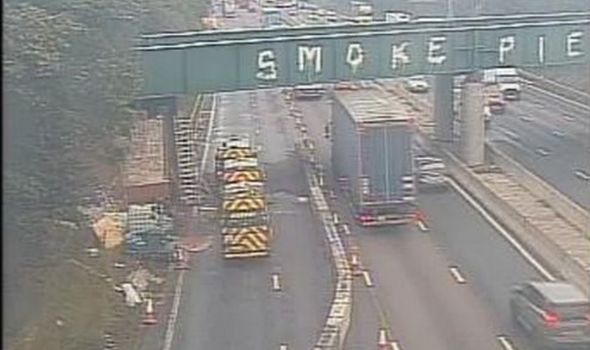 At the time, National Highways West Midlands tweeted: "If travelling Staffordshire towards Cheshire Greater Manchester please be aware there are long delays M6 northbound near Stoke-on-Trent, Nantwich due to this collision.

"There are approx. 10 miles of congestion through J15 which is expected to add 60-90 mins onto usual journey times."

Earlier this month the service station was closed after its parking capacity was exceeded because of huge demand caused after a fatal accident. 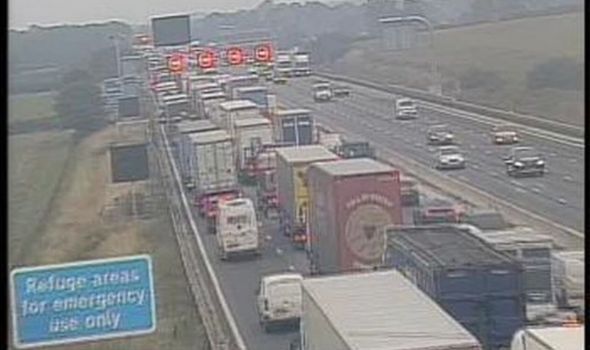 The northbound carriageway between junctions 17 and 18 was closed for much of September 7 after a lorry struck the railway bridge at about 8am.

Police, paramedics and the fire service attended the incident but the driver, a man in his 60s, was pronounced dead at the scene.

The full closure of the carriageway was in place until late that night, leaving motorists stuck on the motorway for many hours, including HGV drivers on long-haul journeys. 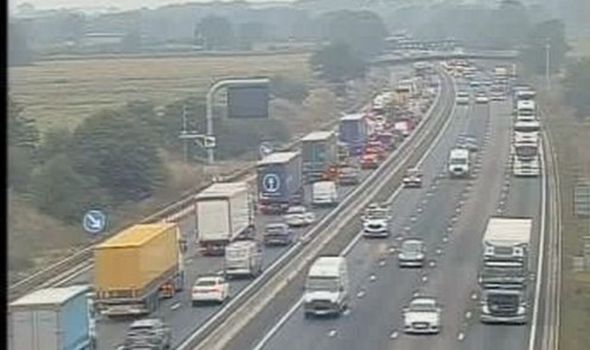 The road is an accident blackspot (Image: National Highways)

On September 8 the Highways Agency tweeted: “The #M6 north exit slip road into the services at #SandbachServices #J16 to #J17 is now CLOSED.

“This is due to full capacity of the parking area and lorries blocking the slip road. Traffic Officers are at scene.

“The next available service area northbound is #KnutsfordServices.”