The posh Lord-to-be, 23, caused controversy before entering the villa after he was exposed as a blood-thirsty gamehunter who posed with an array of dead animals he killed in Africa.

Ollie left the villa because he realised he was still in love with his ex girlfriend Laura Nofer, 23, who he dated for 18 months before splitting last year.

A source said: "The show made Ollie realise he wasn't ready to be in another serious relationship and he still has really strong feelings for Laura.

"Meeting girls who were so different to him and his background only clarified how he felt about his ex and he felt it was only fair to leave the competition and sort his head out.

"He told producers and acted on his feelings as soon as he made up his mind."

Ollie was coupled up with Scottish student Paige Turley - but a preview of tonight's show reveals that they fall out after he told love rival Siannese that he fancied her.

In the clip, Paige kicks off when she finds out Ollie has gone behind her back - and summons him for "a chat" and calls him a liar.

Telling him she wasn’t going to “beat around the bush”, she starts: “I spoke to Siannise and she is painting a different picture to the one you are painting.”

Ollie replies: “Really, what is she saying?” 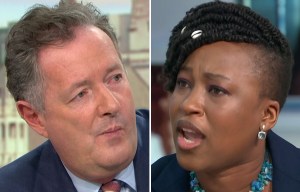 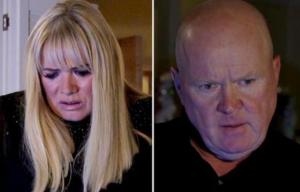 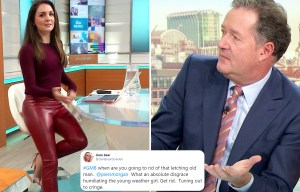 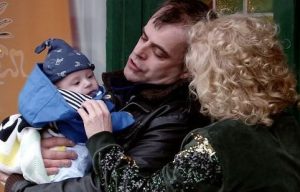 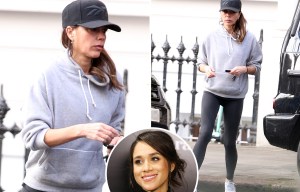 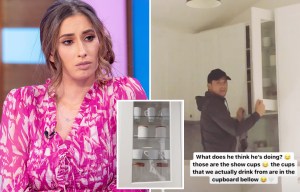 Paige tells him: “That you had said you are interested in her.”

Trying to think on his feet, Ollie hits back: “I have said to everyone here that I don’t fancy anyone else in this villa.”

Unable to control herself, Paige shouts: “Well, that is a lie. You never said that because you told Siannise the very opposite.”

As the other Islanders look over, a shifty looking Ollie tells her: “I did not say to Siannise that I fancied her at any stage.”

They both agree that the only way to sort this is by talking to Siannise so call her over.

Will Siannise stick with her story and will Ollie admit what he said?

Ollie has also been hit by controversy after he was pictured posing up with the carcasses of dead animals on a shooting holiday in Africa.

A huge 35,000 people signed a petition to get him kicked off the show after the photos of Ollie were revealed by The Sun.

The page's description reads: "ITV allowing him to be on the show is implying that they are okay with his sick and sadistic hobby.

A spokesperson told The Sun Online: "The total number of complaints we have received about Ollie across the two episodes is now 467."

Coronavirus warning as patients dying now were infected a month ago

Every confirmed coronavirus case in Yorkshire

Boris Johnson's message to the public as he battles coronavirus