The 29-year-old rose to fame on the 2019 season of the popular reality series, but faced a barrage of abuse when he got home from the iconic villa.

He has now opened up about the death threats and 'keyboard warriors' telling him to 'kill himself'.

"I guess…when I first came out I was getting quite a lot of death threats. People telling me to kill myself," he told Daily Star.

"There were people telling me they knew where I lived and stuff like that and they were going to do things when they see me.

"But nothing ever came from it, I’m not gonna live my life in fear because somebody is a bit of a keyboard warrior."

"As a kid, I used to look over my shoulder all the time, but I’m not doing that anymore."

"When you come off the show, the show kind of gives everybody therapists, you have to talk to them for a while.

"They asked me things like this and I told them a little bit and they said I should go to the police and report it. I never really did, I just thought I can handle it myself."

Michael was thankful he ended up being safe, especially have people have come to know him better away from Love Island.

"I kind of feel like as time has gone on, people have seen who I actually am, like the kind of person I am and they’ve realised that I’m not what they’ve seen in a one-hour slot on seven weeks on TV," he said.

"There were some bits that were missed that could have been crucial to argument but it doesn’t really bother me anymore, because it’s in the past now.

"Things have been rectified and forgotten about. I don’t hold grudges so there’s no animosity on my side."

Last year, he had reportedly coupled up with model Bethan Sowerby as the pair jetted off on holiday to Dubai.

He was said to be "all over" his new flame, Mancunian model Bethan, who competed on Britain's Next Top Model.

A source close to the couple said they made their romance official and were completely "smitten" with each other.

The insider told the MailOnline: "Michael and Bethan are completely smitten with each other.

"Usually they're both so busy with work and travel, but the last few weeks has given them the chance to really get to know each other.

This was the first romance for Michael since splitting up with Love Island co-star Ellie Brown, 22, earlier in 2020.

When asked about his current relationship status, he told the Star that he was currently focused on his career.

The awesome foursome, who first shot to fame during their stint on the 5th series of the ITV reality show in 2019, have shot their very own MTV series. 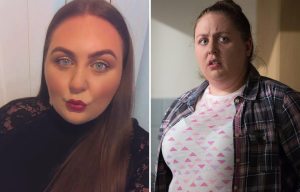 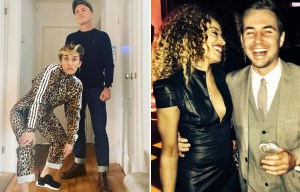 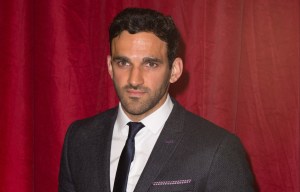 The boys moved in to their bachelor pad, located in Essex, during the summer when lockdown restrictions started to ease.

They have filmed all the footage for the new programme Living The Dream themselves and can't wait to give fans a glimpse into what their life is life from their eyes.

Speaking out about their exciting new project, Michael, 29, told OK! Magazine: "We’re not exactly strangers to filming ourselves and being on camera and now MTV is giving us the chance to film our own show; giving viewers unfiltered access into parts of our lives you wouldn’t see every day."

He added: "Living with the boys has been a laugh and we can’t wait for everyone to see what we’ve been up to."