LOVE Island's Hannah Elizabeth showed off her stunning figure in sexy black lingerie as she whipped up a storm on her Instagram Stories.

The original series one contestant in the ITV2 matchmaking show put on quite the display in her underwear, which featured see-through panels on the bra and thonged straps on the knickers for an extra sexy look.

The garments served to show off her leaned, toned figure after she gave birth to her first child Reggie in November.

Despite it being lockdown Hannah, who found love with ex fiancé Jon Clark on the sizzling romance show, dressed to impress with an immaculate glowing tan and her long blonde hair styled in loose waves.

The model, 30, used a plain white backdrop and a mirror to help create her perfect sexy selfies, which she then uploaded to the photo-sharing site.

The final shot showed her looking away from the camera with her elbow propped on the door in an effortlessly sultry look.

She tempted fans with the prospect of more racy snaps as she added the caption: "For more piks swipe up."

Taking to her Instagram page shortly after the birth, she put: “Best day of my life. I’m so in love and happy right now, words can’t describe.”

Prior to going in for her op, the star underwent a glamorous make-over and treated herself to new lashes, a blow dry and new long nails.

Hannah split from the father of her child, George Andreeti - who identifies as a wizard- , just six days before she gave birth.

Speaking about the split, the reality star told MailOnline: “I left George when I found out I was pregnant.

"I had to do what is right for me and my baby.

“He isn’t well at the minute and I don’t agree with what he is posting online. 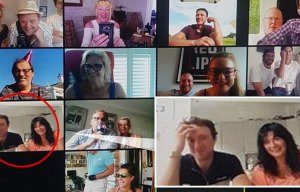 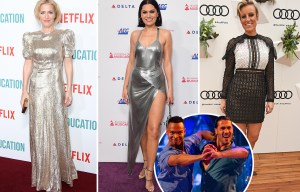 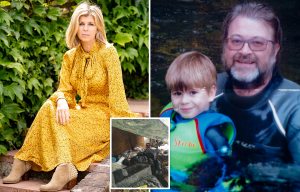 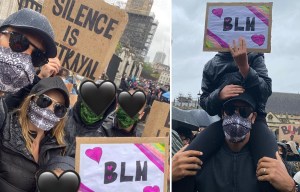 "I'm going into this as a single mum, on my own with no support.

“I want my baby to have the best and healthiest upbringing and I am not going to let anyone come between that.”

Hannah and George, who has stated he believes the government is controlled by aliens, got engaged in March 2018 and she announced she was pregnant in May 2019.

York on Keane's criticism of De Gea and Maguire: Roy himself was not perfect when he played. He should be more restrained
Setien on Griezmann: When he plays, I am asked about Fathi, and Vice versa. Antoine is important to Barca
Setien on the situation with Messi: I haven't heard anything from him. Everything else is speculation
Sane did not pose in the number 10 shirt out of respect for Coutinho
Alvaro Morata: Atletico are close to the level of top clubs. We beat the best team in Europe to the Champions League
Sneijder can resume his career in Utrecht
Ole Gunnar sulscher: Greenwood is much better than I was when I was 18-19
Source https://www.thesun.co.uk/tvandshowbiz/11803242/love-island-hannah-elizabeth-instagram-racy-lingerie-images/