LOVE Island viewers are convinced ALL the couples are going to be ripped apart after the boys were introduced to the sexiest Casa Amor girls ever.

Flirty Callum bonded with new girl Molly and told her he'd be happy to share a bed with her after just a day in the other villa.

Earlier in the episode he couldn't hide his excitement as he got to know Molly, gleefully telling her: "I've been waiting for someone from Manchester."

And in a teaser for tomorrow's episode, he said he had a major "sexual attraction" to her.

Luke T was gutted that not one girl said they had their eye on him, however, Luke M was name-checked by almost every newbie as he bounced back from ending things with Jess.

Mike's eyes lit up when Priscilla mentioned she fancied him, despite his intense grafting of Jess in the main villa.

One viewer wrote: "I can see casa amor breaking bare relationships this time round and I’m fully ready for it 😂 #LoveIsland."

A third wrote: "EVERYONE moving mad in Casa Amor like #LoveIsland."

As a fourth shared: "There’s gonna be a lot of tears after Casa amor 😂 #loveisland."

The lads were over the moon when they got a secret text telling them they were heading on a boys' holiday to Casa Amor.

They dropped to the deck in the bedroom and did press ups to pump themselves up for the new beauties, while in the Beach Hut they chanted "lads on tour!"

Shaughna was left fuming, telling the girls she didn't have the chance to "threaten" Callum.

And she was further annoyed that Callum didn't leave her anything behind whereas Finn left his aftershave and Luke T left his eye mask for Siannise.

Breaking down in tears, she sobbed: “Every single bed had stuff on it apart from mine. I go for the idiots all the time. I just feel like it’s happening again. It’s just annoying.”

Meanwhile, Callum was loving life in the rival villa, admitting: “This is a wonderful place for a lads’ holiday. We’re all giddy, dead excited.”

Luke M, whose recent romance with Jess has ended, said: “I’m buzzing. I’m speechless. I’m on top of the world. I just can’t wait to get stuck in.”

And thinking of the girls they’ve left behind, Mike added: “The girls are going to be tense… This villa is designed to test.”

Even though he's been cracking on with Demi, Nas told the Beach Hut: "I am excited. I said it."

Finn, who admitted he'd never been on a lads' holiday before, said: “We’re all excited to meet the new girls, whether that be romantically – for a couple of us, I’m thinking romantically.”

If Callum does choose to crack on with Molly he'll have to compete against Luke M, who admitted in the Beach Hut: “There is one girl in particular, my jaw just hit the floor… Molly, she is just like fire. She is just the full package. I can’t wait to get to know her. Wow!”

Finn appeared to be trying to convince himself that he won't stray from Paige, before acknowledging a few of the girls were hot. 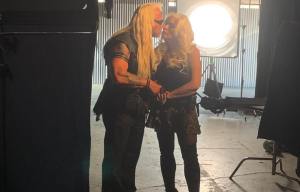 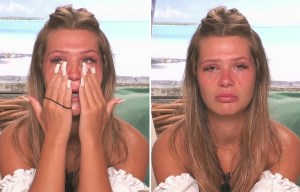 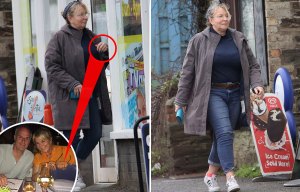 Fern Britton shops without her wedding ring after split from husband 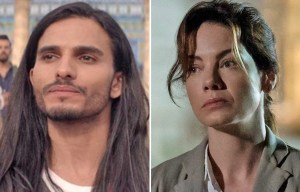 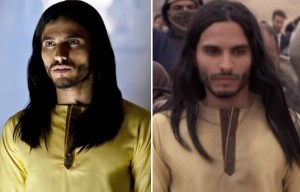 When is Messiah season two coming out on Netflix? Release date, cast and plot

While Mike said watch this space when it comes to a Priscilla and wouldn't rule out anything happening between them.

The girls' moods were brightened by the arrival of six new hunks.

And new boy Josh was very forward with Shaughna, making it clear he would love to date her.

He admitted: “I’m going to lay my cards on the table here, but I think you’re super gorgeous. Your personality is awesome.

"I think you’re great. I feel like you and me would get along. If you’re pretty safe with Callum, I can’t rock that. But I feel like I can give you a bit more than Callum can give.”

Who is Dr Jaqueline Cleggett from The Pharmacist and what happened to her?

When does McDonalds and Dodds start on ITV?

Adam Armstrong lifts the lid on his Blackburn Rovers team-mates