Louis Armstrong and the spy: how the CIA used him as a ‘trojan horse’ in Congo

It was a memorable evening: Louis Armstrong, his wife and a diplomat from the US embassy were out for dinner in a restaurant in what was still Léopoldville, capital of the newly independent Congo.

The trumpeter, singer and band leader, nicknamed Satchmo as a child, was in the middle of a tour of Africa that would stretch over months, organised and sponsored by the State Department in a bid to improve the image of the US in dozens of countries which had just won freedom from colonial regimes.

What Armstrong did not know was that his host that night in November 1960 was not the political attaché as described, but the head of the CIA in Congo. He was also totally unaware of how his fame had allowed the spy who was making small talk across the starters to gain crucial information that would facilitate some of the most controversial operations of the entire cold war.

“Armstrong was basically a Trojan horse for the CIA. It’s genuinely heartbreaking. He was brought in to serve an interest that was completely contrary to his own sense of what was right or wrong. He would have been horrified,” said Susan Williams, a research fellow at London University’s School of Advanced Study and author of White Malice, a new book which exposes the astonishing extent of the CIA’s activities across central and west Africa in the 1950s and early 60s. 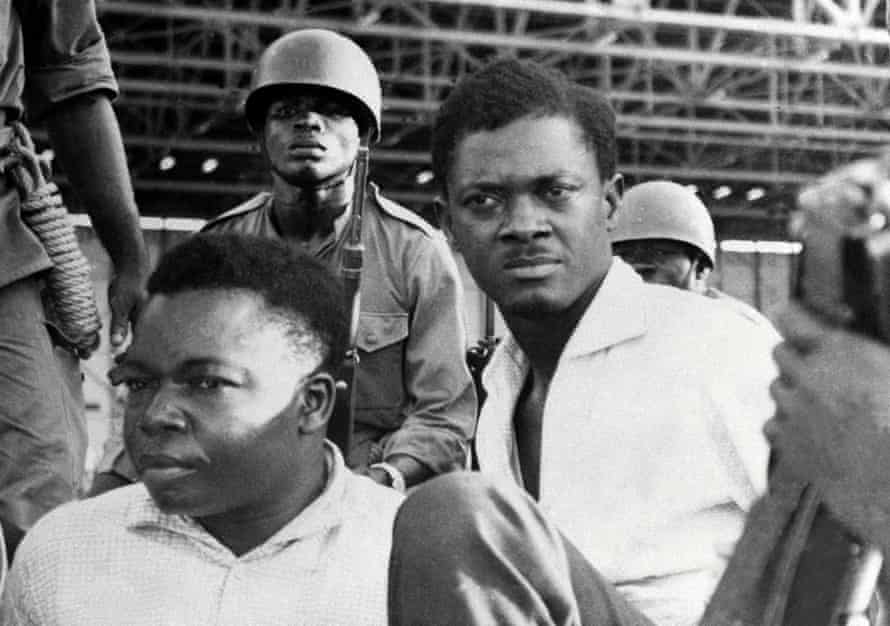 Patrice Lumumba, right, the prime minister of then Congo-Kinshasa. He was murdered within two months of Armstrong’s tour. Photograph: Getty

Documents found by Williams in the archives of the UN during five years of research strongly suggest that the Armstrongs’ host, CIA station chief Larry Devlin, and other US intelligence officers posted to Congo used the cover of the musicians’s visit to get access to the strategically important and very wealthy province of Katanga, which had recently seceded. The US, though sympathetic to the agenda of the province’s leader, had not officially recognised the self-declared government there.

There was much of interest to the CIA in Katanga, ranging from senior officials with whom they could not otherwise meet to crucial mining infrastructure, with 1,500 tons of uranium and vast potential to procure more. Armstrong’s tour to Katanga was the perfect opportunity, so Devlin and others flew down from the capital with the musician and his famous band. “They needed a cover and this gave them one,” said Williams.

There was something else that Armstrong, who had pulled out of a similar tour to the Soviet Union three years earlier in protest at racism in the US, did not know. The CIA in the Congo, led by Devlin, was trying to kill the Congo’s first democratically elected prime minister, 35-year-old Patrice Lumumba, fearful that he would lead the country into the Soviet camp. Historians now believe the nationalist leader wanted his country to remain neutral in the cold war.

Just a mile or so from where Armstrong and Devlin had dined, the charismatic Lumumba was being held prisoner in his official residence by soldiers loyal to Joseph-Désiré Mobutu, the young military chief with a close working relationship with the CIA, who had effectively seized power some weeks earlier.

Within two months of Armstrong’s tour, Lumumba was murdered in Katanga by officials of the breakaway province and police officers from Belgium. Mobutu would later consolidate his hold on Congo, and become a loyal US client.

Devlin later claimed that the CIA was responsible, telling a US Congressional investigation “that the coup of Mobutu … was arranged and supported, and indeed, managed, by the CIA”. 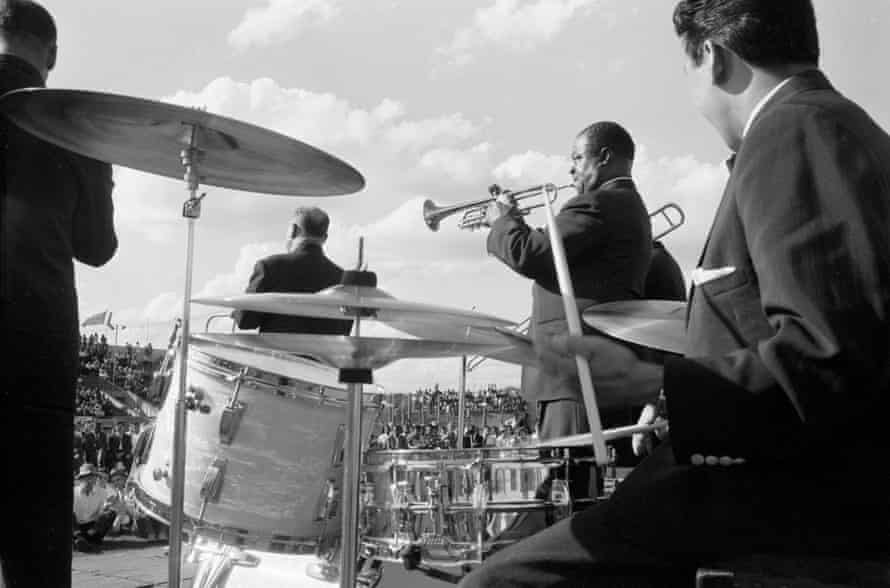 Armstrong and his band play at an outdoor venue (probably in Kenya), late 1960. Photograph: Susan Wood/Getty

The killing of Lumumba would be one of the most infamous episodes of the cold war and prompted outrage all over the world. While accepting responsibility for the coup, the CIA has always denied involvement. In 1975, Devlin told a government inquiry in the US that the agency had been trying to assassinate the nationalist leader over previous months but had ceased their operation long before the actual murder.

Williams, however, found evidence that casts doubt on the reliability of Devlin’s testimony. Recently released US documents show that the CIA station chief sent an agent known as WI/ROGUE to Thysville, the town where Lumumba was imprisoned in the weeks before his death, well after the agency claimed to have dropped all interest in the possible assassination of the popular politician.

It’s genuinely heartbreaking … he would have been horrified

“We can’t say what WI/ROGUE did in Thysville but it does undermine Devlin’s reliability at the very least,” said Williams.

The CIA had begun developing a network of agents, hired helpers, collaborators and clients in Africa soon after its creation in 1947, building on work done during the second world war. By 1960, this vast web comprised trade union leaders, businessmen, cultural and educational organisations, businesses and even airlines.

The agency would be implicated in some of the most significant events in the continent’s post-colonial history.

In 1962, a tip from a CIA spy to officials of the racist, repressive apartheid regime in South Africa may have led to the arrest of Nelson Mandela and his imprisonment for 27 years, while the agency has also been blamed for the overthrow of Ghana’s first president, Kwame Nkrumah, in a military coup in 1966.

“The tragedy is that Nkrumah and Lumumba and a number of other African leaders in the book weren’t opposed to the US. They wanted friendly relations with the US but, because they weren’t opposed to the Soviets either, they were seen as enemies by Washington. The attitude was ‘you’re either with us or against us’,” said Williams.

Armstrong, who was 59 when he travelled to Congo, was inspired by his experiences there to compose a musical called The Real Ambassadors, which was performed and became an album. It voiced some of his own deeply conflicted sentiments about his participation in the US government public relations efforts on the continent.