The backlash comes just days after the Full House actress, 55, plead guilty to one count of conspiracy to commit wire and mail fraud after the USC scandal.

In the lengthy message, the beauty YouTuber encouraged her 1.3 million followers to “speak up” if they saw something that “didn’t look right.”

She then went on to talk about the “privilege” she has as the daughter of the famous actress and her fashion designer dad, Mossimo Giannulli.

“As a person who was born into privilege based on my skin color and financial situation, I was not always aware that these issues were still so present.

“And that makes me feel awful. But that also fuels me.

“It makes me want to learn more and do more and be better for all my beautiful black friends and any other person who faces discrimination,” she wrote on her Instagram Stories.

The internet personality continued: “I’m not racist and I never have been but I need to speak up about this because just not being racist isn’t enough.

“It outrages me. It makes me feel sick. It brings me to tears. THERE SHOULD NOT BE SUCH A GAP BETWEEN PEOPLE LIKE THIS.

“We need to support and stand up and speak and use our WHITE PRIVILEGE TO STOP THIS,” the influencer urged her fans.

Her statement was quickly met with outrage as angry fans called out the USC college admissions scandal she and her family are involved in.

“Why the f**k is olivia jade talking about white privilege saying that things need to change. B***H SHUT UP!!!!!

“WHITE PRIVILEGE IS KEEPING YOUR PARENTS PUT OF JAIL WHILE BLACK PEOPLE GET MURDERED FOR WALKING DOWN THE DAMN STREET,” one angry Twitter user fired off.

Another criticized the star: “Olivia jade on IG going on about white privilege... you mean the thing that’s keeping your parents out of jail and that fake got you into USC? I can’t.”

“Olivia jade talking about white privilege like her parents didn’t bribe her way into usc… celebrities are so tone deaf i hate it here,” someone tweeted.

An upset follower added: “LOL @oliviajadee posting about white privilege! The audacity you have to post about privilege when your parents tried to forge documents and buy you a spot at @USC is beyond me.

“Honestly how tone deaf and out of touch could you be?? Just sit down and shut up.”

On May 22, Lori and her husband pleaded guilty in the college admissions scandal via a video conference. 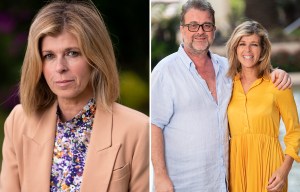 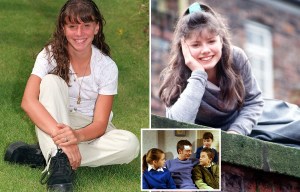 The US Attorney's Office for the District of Massachusetts said as part of her plea deal, Lori agreed to a sentence of two months in prison, a $150,000 fine, and two years of supervised release with 100 hours of community service.

We want to make sports shopping better. Become a part of our research focus group!
Claudio Bravo: In Barca and Manchester City, the goalkeeper should be a Central defender
Barca were offered Cavani and Dzeko. The club rejected them
West ham offered 23+10 million pounds for defender fofan. Saint-Etienne refused
Andy Cole on £ 109m for Sancho: it's crazy money. Manchester United will not spend them at random
Juventus loaned Luca Pellegrini to Genoa
Palace, Brighton and Sheffield want to buy Brewster. Liverpool ask for 25 million pounds
Source https://www.thesun.co.uk/tvandshowbiz/11801326/lori-loughlin-olivia-jade-tone-deaf-white-privilege/