SHE is one of TV’s most ­recognisable faces, having starred in EastEnders when it drew 20million viewers, and on Loose Women for more than 20 years.

Today Nadia Sawalha opens up about wild nights out with Barbara Windsor, interviewing Pamela ­Anderson while the Baywatch legend was in bed with a new ­husband and wetting herself laughing live on air.

In an exclusive interview, Nadia, 56, told how some of the hilarious or racy antics surrounding Loose Women off-camera are often too confidential to reveal, saying: “There is a code of behaviour . . . my lips are sealed.”

But the star, a favourite on one of ITV’s most loved daytime shows, revealed how she initially worried whether she would ever cut it as a host alongside the likes of Kaye Adams, Linda Robson and The Sun’s Jane Moore.

She said: “I’m really lucky to be in a job where I’m working with women who are my friends.

“We get to talk about all kinds of issues, and being on Loose Women has made me a much better person.

“I was very narrow-minded and judgmental before. When I joined I was like, ‘Kaye Adams and Jane Moore? They’re not my kind of person, I’m never going to be friends with them’.

“But now we are so close. We laugh until we can’t any more. Linda and I were once laughing so much I wet myself. Very embarrassing!”

Speaking to The Sun on Sunday, Nadia told how she was petrified on her first day of EastEnders, how Barbara Windsor would joke with nightclub bouncers to “frisk me” and admitted being left starstruck by interviewing Oprah Winfrey.

The mum-of-two, who is now campaigning to highlight kids’ safety around railway tracks, shot to fame in 1997 when her gangster character Annie Palmer arrived on Albert Square.

She said: “The level of spotlight and attention was something else — it was watched by 20million when I joined.

“The bosses remind you that everything will be shot in extreme close-up and you can’t change your hair for the first six months as the object is to get the viewers to really, really know your face.

“The producers told me, ‘We want the viewers to know your face as well as they know their own families’ faces’.

“My first day on set was absolutely terrifying. I’d never done anything like EastEnders before as I was a true jobbing theatre actress.

"Imagine being a massive fan of a show and the cast and then having to act with them all.

“It was especially hard too because my character, Annie, had to stride about as if she owned the place.

“I remember watching Tamzin Outhwaite, who played Mel Owen, doing one of her early scenes and just thinking, ‘Wow, she is so good’.

“I couldn’t see what she was doing as I was watching her from the back and she was walking along the road and flicking a coin up and catching it each time and I thought, ‘Oh my God, she’s the coolest woman I’ve ever seen’.

“It was really weird. I got this odd girl crush on her.”

A rite of passage for the new EastEnders actress was a night out.

She told how she built up a rapport with Peggy Mitchell star Barbara Windsor, who helped her find an outfit from the wardrobe department as she didn’t have the cash for a new dress.

Nadia said: “It was a sociable crowd so we used to hang out a lot and I had some good nights. I remember the absolute shame of having nothing decent to wear to the first ‘big night out’ with the cast.

"Barbara was so lovely because I’d met her a few times before I joined and she knew I was broke, so she got the wardrobe department to help me out.

"She gave me so much support when I joined the cast. An absolute legend.

"She was so funny every time and she used to always go to the front of the queue and she’d walk straight up to the bouncers and go, ‘Frisk me!’, all very jokey, obviously, but she was such good fun.

“To be honest, I liked everyone — Martine McCutcheon, Patsy Palmer. Sid Owen was constantly playing tricks on us all.

“It was a really playful atmosphere and I genuinely liked them all and I’m always a real cast member, I love being part of one.

“I come from a big family so the worst thing in the world for me is to be on my tod. I don’t like it.”

Nadia left the BBC1 soap at the end of 1999 and joined Loose Women just over a year later.

She said: “Loose Women has been a huge part of my life for the past 20 years and more.

"Myself, Kaye and Jane did the very first show and are still great friends today. In fact, we met outside this week for a wine to celebrate the lifting of lockdown.

“One of the oddest moments happened recently, interviewing Pamela Anderson in her bed with her new husband.

“We weren’t actually expecting her to be in bed but she did the whole interview with a selfie stick. That was definitely the most surreal episode I’ve done in two decades of the show.

"My most ‘rabbit in the headlight’ moment was meeting Oprah Winfrey. It was like she was standing there with a gold glow all around her.

“Her presence was so nuts. I said something early in the interview about one of the movies she’d been in and she put her hand on my arm. It was like I’d been touched by an angel.

“I was like, ‘Oh my God, Oprah touched my arm!’ She was such a smart woman. I was totally starstruck.

“The funniest moment was Carol McGiffin with Russell Brand. She fancied him so much she could barely contain herself. Carol is a lot of fun.

“I remember going to Marbella for the weekend with her and my mum too. It was the wildest weekend of Spanish wine I’ve ever experienced.”

Nadia, mum to Kikki, 13, and 18-year-old Maddie, is helping to promote a campaign with Network Rail to stop young kids straying on to railway lines.

She said: “It’s shocking that the number of young people getting on to railway tracks went up by 40 per cent after the end of the last lockdown, which I can only assume is because teenagers have a need to take risks. 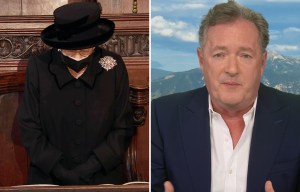 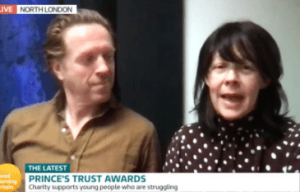 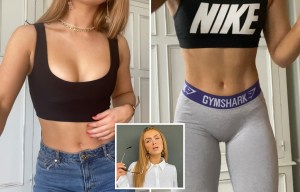 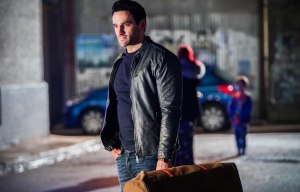 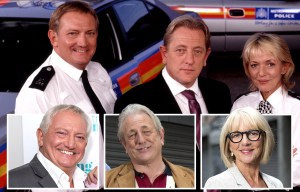 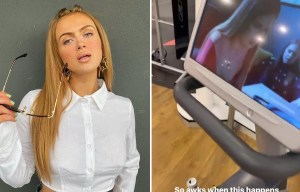 “But as a mum to two teenage girls, we need to make sure that doesn’t happen again by talking about the dangers.”

And Nadia is really pleased to have celebrated more than two decades in her Loose Women role.

She said: “I’ve loved it. A lot of my education I’ve picked up in my years on Loose Women. ‘Oh my God. Hashtag blessed’, as Denise Welch would say.”

Benzema will be number 19 in the French national team. Deschamps may change tactics for him
Chiellini before the Italian Cup final: Juve wants to spoil Atalanta's fairytale
Goldman Sachs has opened a credit line for Barca for 500 million euros. 100 million will immediately go to the players' salaries
Barcelona is bidding for Lewandowski, but it has financial problems. The striker wants to play in La Liga
Lev will call up Hummels for the Euro 2020 squad. Mats has not played for Germany for 2.5 years
Golovin had the best season in Monaco, even with injuries. It is as variable as possible in attack
Bruno was named the best player of the season at Manchester United for the second year in a row