LONG jail terms for foreign offenders who slip back into Britain are one of a barrage of crime-fighting initiatives to be unveiled in the Queen’s Speech.

The tough action to keep out hardened criminals is aimed at gangland thugs who have already been deported.

The 93-year-old monarch will lay out 22 bills in the first State Opening of Parliament in more than two years.

Seven of them – almost a third – will be in the law and order crackdown while five are from the Home Office and two from the Ministry of Justice.

PM Boris Johnson hopes to use his first full legislative package to woo voters to back him in an imminent general election.

With his Commons majority wiped out during Brexit battles last month, the speech faces an uphill battle to be passed before a new nationwide vote.

On top of the jumbo crime package, there will also be:

But the Foreign National Offenders Bill proposed today will hike it to at least two years, with Home Office ministers pushing for five.

'A SLAP ON THE WRIST'

Home Secretary Priti Patel said: “Many criminals conclude that it’s worth trying to get back in the country when all you get is a slap on the wrist.

"Deterring foreign criminals from re-entering the country and putting those that do behind bars for longer will make our country safer.”

In the crime-fighting package, there will also be significant new protections for under-fire cops.

The Police Protections Bill will help to stop high-pursuit officers from being unfairly prosecuted by ensuring their high levels of training are taken into account.

As The Sun revealed on Saturday, an Extradition Bill will also create new police powers to deport foreign criminals faster.

One will end early release for the most serious crimes and ensure rapists and murderers serve at least two-thirds of their sentence.

There will also be a Prisoners Bill that will include “Helen’s Law”, which will punish murderers who hold back information on their victims’ whereabouts.

It is named after Helen McCourt, who was murdered in 1988.

The health package includes a Patient Safety Bill, which will set up the world’s first independent investigations unit to police standards in hospitals and GPs’ surgeries.

It will also see black box-type gadgets installed in machinery.

The NHS Long Term Plan Bill will oversee building and repairs to 40 hospitals.

In an initiative first pioneered by ex-PM Theresa May, they will give the Mental Health Act its biggest overhaul in almost 40 years and improve sectioning procedures.

But the whole package will face a fight to get passed when it comes to a Commons vote next week. MPs will first spend the remainder of this one debating it.

Mr Johnson has no majority after he suspended 21 Tory MPs for voting to delay Brexit and several defected to the Lib Dems.

To add to his woes, the PM must also negotiate a new “confidence and supply” deal with the DUP, whose 10 MPs were propping up his minority government.

If the Queen’s Speech is voted down, tradition dictates the PM resigns and calls a general election.

That may delight Mr Johnson, who has been pushing for one for weeks to end the Brexit deadlock.

Promising to “get this country moving again”, he said: “The people of this country don’t just want us to sort out Brexit.

“This is a Queen’s Speech that will deliver for every corner of the UK and make this, once again, the greatest place on earth.” 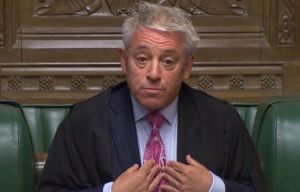 Corbyn will back Bercow as a Prime Minister of ‘national unity’ 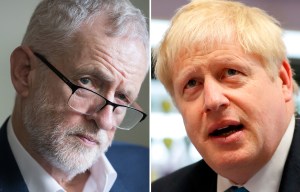 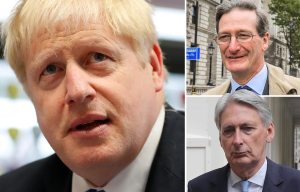 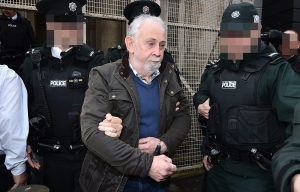 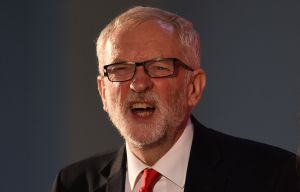 He said it was “utterly ludicrous” for the PM to be setting out his proposals when he is running a Government that “hasn’t yet won a vote in Parliament”.

Milan is Interested in Edegor (Sport Mediaset)
Fiorentina is Interested in Napoli defender Gulyam
Presenting the trophy in the era of coronavirus: the medals and Cup are taken by themselves, stand in circles to observe the distance – and then still hug
Tiago is leaning towards extending his contract with Bayern
Allegri confirmed that he will train abroad. The President of Cagliari about the ex-coach of Juve
In England, sports events are allowed without spectators from Monday. The NPL is scheduled to resume on June 17
Atletico have informed Gremio that they will withdraw midfielder Caio Enrique from the loan, reports As
Source https://www.thesun.co.uk/news/10128035/long-jail-sentences-foreign-gangs-queens-speech/

Who is Hunter Biden and could he impact his father's campaign?