Biles is more than an athlete. She is one of the Olympic movement’s brightest stars of all time: a role model away from her sport and, inside the arena, a gymnast who consistently pushes the boundaries of what seems humanly possible. Following her four gold medals at Rio, she is aiming to become the first female gymnast in more than 50 years to win consecutive all-around Olympic titles.

What a summer this could be for Osaka, who will both compete in and represent her country of birth. The world No2 won the Australian Open this year but withdrew from the French Open and Wimbledon to protect her mental health after enduring a high profile run-in with the sport’s governing bodies. She makes her comeback in Tokyo after two months out and said recently that it “would mean the world to me to bring home a gold in Japan”.

How good is Kenny? A sentence says it all: she is Britain’s most successful women’s Olympian, with the tantalising prospect that there is so much more to come. Kenny was a double gold medallist at London and Rio; this time she will be aiming for a triple haul of the team pursuit, omnium and Madison. With her husband, Jason Kenny, she is one half of the British team’s “golden couple”. 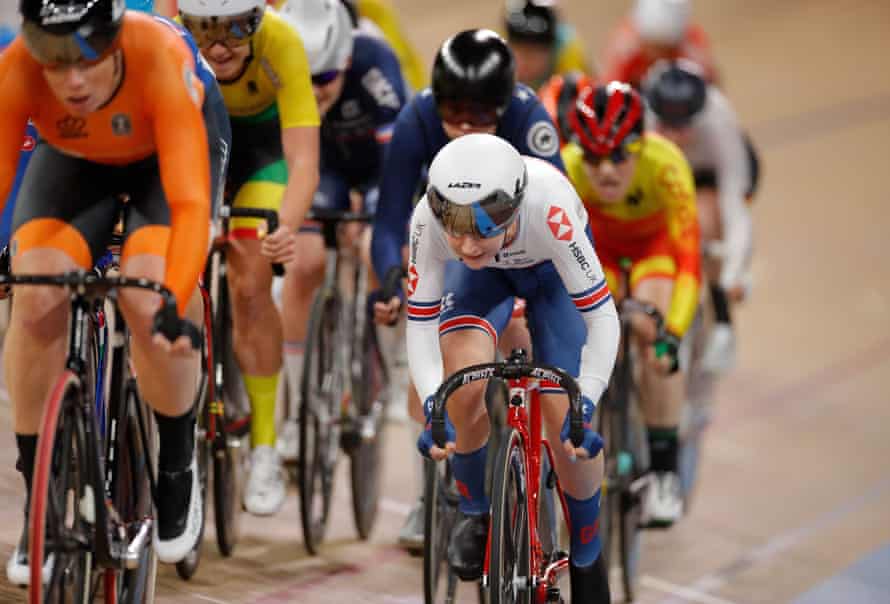 Laura Kenny (right) is one half of the British cycling team’s ‘golden couple’ along with her husband Jason Kenny. Photograph: Odd Andersen/AFP/Getty Images

With six golds and a silver across the last three Games, Kenny has established himself as a star at home and abroad. Victory in just one of the team sprint, keirin and match sprint this time would edge him ahead of Sir Chris Hoy, a fellow legendary cyclist, as Britain’s most prolific gold medallist; he could also overtake Sir Bradley Wiggins as the country’s record medal holder in all categories.

Barty is riding the wave of a superb Wimbledon title, the second grand slam triumph of her career, and will be a formidable proposition in Tokyo. The Queenslander, who had a spell playing cricket for Brisbane Heat during a break from tennis in the middle of the last decade, sits top of the world rankings and may be Osaka’s biggest threat. She takes enormous pride in her Indigenous heritage.

Twice a gold medallist at Rio 2016 and the winner of 13 world championship titles since then, Dressel stands ready to dominate the pool. He is scheduled to compete in six different events, from the 50m freestyle to the 4x100m mixed medley, and will be difficult to dislodge in any of them. After the Games were postponed last summer he hiked the Appalachian trail, saying the experience taught him more than any Olympics. 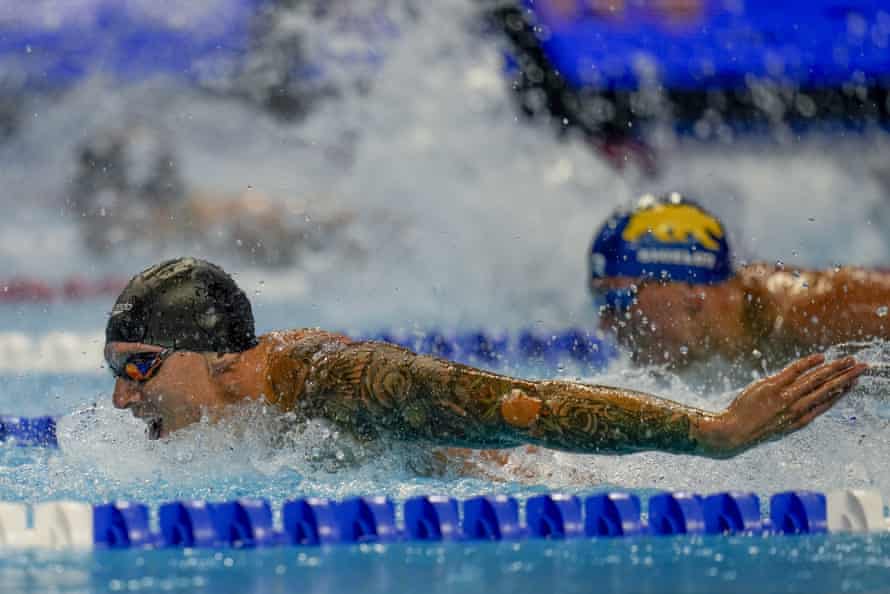 The two-times Olympic 100m champion is now 34, a mother, and, running faster than ever. Having set a new personal best of 10.63sec in June, the second fastest of all time behind Florence Griffith-Joyner’s 33-year-old world record, Fraser-Pryce is the favourite to claim the 100m crown for a third time on 31 July, having won bronze in 2016. The Jamaican also set a personal best in the 200m at the Jamaican trials last month and will go for gold in that event, too, with the final on 3 August.

The former British gold medallist Mary Peters put it perfectly this week: Peaty is “king of the pool”. The 26-year-old will be defending his 100m Olympic breaststroke title in Tokyo and, amid stiff competition, he is widely regarded as the nation’s nearest thing to a safe bet. In Rio he broke his own world record twice and left his rivals trailing; ominously, he only appears to have improved since then.

Roberts leads the field in the BMX freestyle, one of Tokyo 2020’s most keenly awaited new events. The 19-year-old is fresh from her third world championship win, having been a stellar performer since she began competing at the age of 12. She has promised to unleash some top-secret new tricks when her event begins on 31 July. 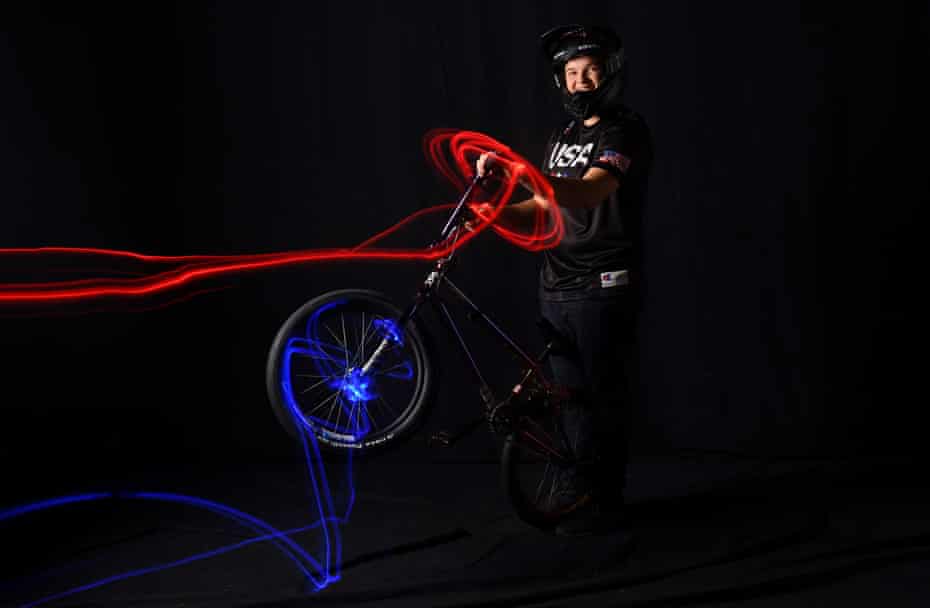 Few have sat atop their sports as imperiously as Dujardin. She has three Olympic gold medals and a silver to her name, and aims in Tokyo to complete a hat-trick of individual dressage titles. Her famed horse, Valegro, was retired after Rio 2016; she returns to the Games riding Gio – also known as “Pumpkin” – who Dujardin feels will be particularly suited to hotter conditions.

The world No 3 will show off her talents to a huge international audience this summer. Surfing makes its Olympic bow and Fitzgibbons, who has sat top of the rankings in the past, is expected to be among its star turns. She hit form in May with a World Surf League win at Rottnest Island and will compete fiercely with France’s Johanne Defay and the Hawaiian star Carissa Moore in Tokyo. 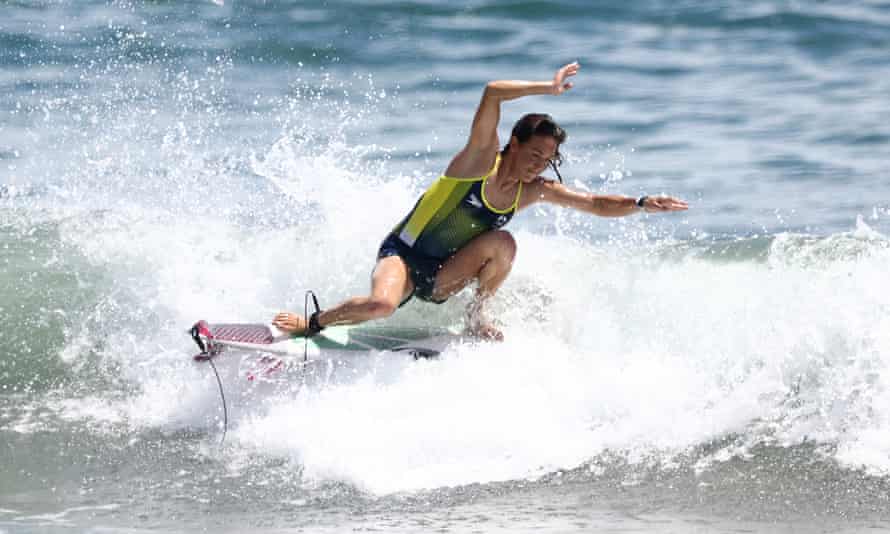 Asher-Smith’s campaigns in the 100m and 200m will be appointment viewing for her millions of fans in Great Britain. If the country’s fastest woman in history can battle her way through two fields crammed with world-class talent, her place in the pantheon will be secure. She is already 200m world champion, won a silver in the 100m at the same championships, and was part of the bronze-winning 4x100m relay quartet at Rio 2016.

The 24-year-old Ledecky has a realistic chance of sweeping all before her. Her record is simply exceptional: four times a gold medalist in Rio and a stunning victor in the 800m freestyle at London 2012, she aims to at least match that haul in Tokyo. Among her targets is the first-ever women’s 1,500m freestyle event, for which she prepared convincingly at the US trials.

A serious achilles injury last December marred Johnson-Thompson’s Olympic buildup but hopes are high that she will be near her peak for the heptathlon in Tokyo. The reigning world champion – beating Rio gold medallist Nafi Thiam in the process – has a battle ahead to hit those heights again having only returned to competition at the end of June but, having finished sixth in 2016, is primed for an attempt for the podium this time .

Gray has unfinished business at the Olympics after falling at the quarter-final stage in the 75kg category at Rio 2016 when she was hotly tipped to win. She competes in this year’s 76kg category and hopes that ghost will be laid to rest: given she has won five world titles, most recently in 2019, the 30-year-old will begin among the leading contenders once again. 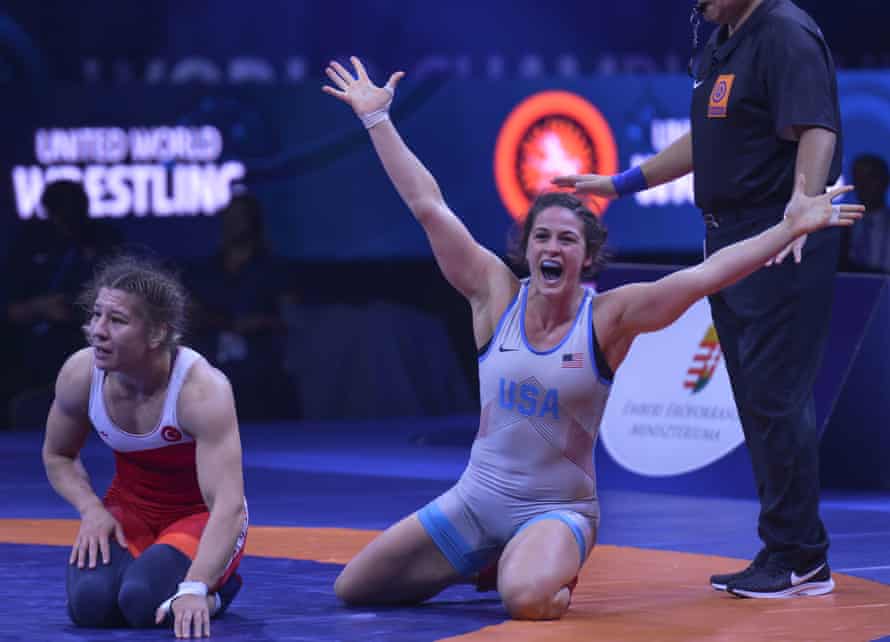 At just 13, Brown will become Great Britain’s youngest Olympian when she competes in the Games’ first-ever skateboarding event. Given she is ranked third in the world she can smell a medal, too, and achieving it in Japan would be extra-special: Brown was born in Miyazaki and her mother is Japanese. She survived a life-threatening crash last year but enters the Olympics in top form.

As a teenager, Titmus felt awestruck when watching Ledecky destroy the field in Rio. Now, though, the Tasmanian-born prodigy is ready to provide Ledecky with a run for her money. Dubbed “the Terminator” in Australia, she holds particular hope of toppling Ledecky in the 200m and 400m freestyle events, although she will not countenance suggestions that she is the favourite. “I’m definitely still saying I am the hunter,” she said recently.

Kom is a remarkable character who divides her time between boxing and sitting as an MP in the Rajya Sabha, India’s upper house. A bronze medal winner at London 2012 in the flyweight category, repeating the feat this year at 38 would represent a sizeable achievement, but she cannot be discounted. Six world championship titles since 2002 are testament to her extraordinary durability. 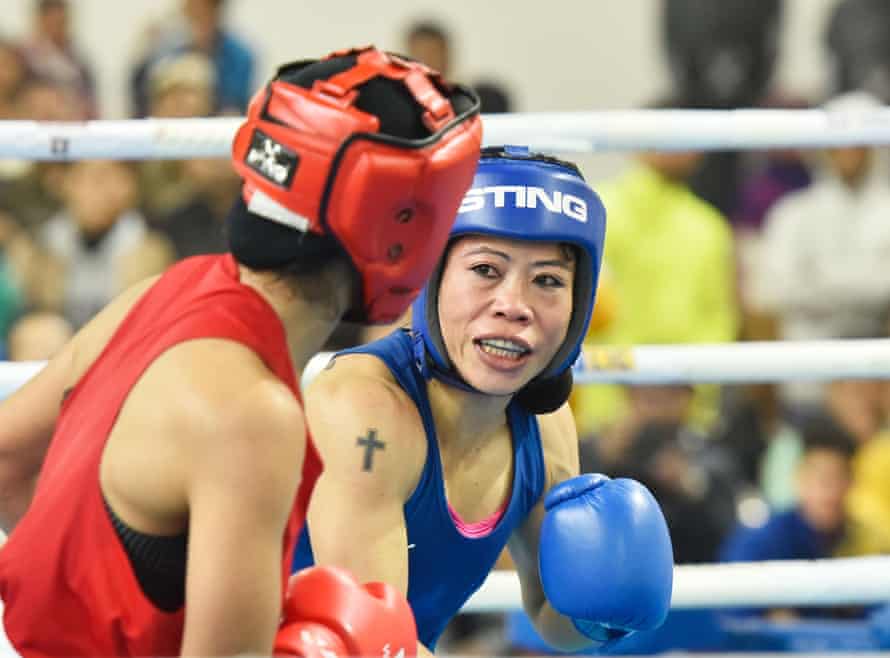 Do not be put off by the fact McLaughlin came 17th in the 400m hurdles at Rio, where she was the US’s youngest track and field Olympian since 1972. The 21-year-old arrives in Tokyo as the woman to beat after a searing run of form that culminated in a world record of 51.90 seconds in June. A silver medallist at the World Championships, she is an electric performer who appears to be peaking at the perfect time.

Glover is back with a bang, having originally retired after winning the women’s coxless pairs in Rio with Heather Stanning. She can smell a hat-trick of Olympic titles and, after taking European gold upon her return to competitive action in April having had three children since 2016, few would put it beyond her. This time she will be rowing with Polly Swann, another outstanding performer who won silver in the women’s eight at Rio.