LITTLE People's Isabel Roloff slams trolls for saying she's "much bigger than husband" Jacob and has said different sizes should be celebrated, not shamed.

Isabel, 25, took to Instagram to share some encouraging words on Thursday after soemone asked her to do a podcast episode on "the experience of being a curvy person with a skinnier partner."

She wrote: "This is something that isn’t talked about nearly enough and it leaves people feeling alone. That is my experience, I have often felt alone in this."

Isabel went on to describe how photos of them result in comments like “she is so much bigger than him," “either she can cook or has a great personality," or even “that’s disrespectful, lose weight for your man”

"A lot of body image issues stem from wanting to take up less space. And when you are 'bigger' than your partner, you can feel incredibly embarrassed by taking up more space than them.

"I know I have, especially when we’re out in public together. So many times I have thought to myself, 'do you think anyone notices our weight difference?'"

"People just end up suffering in silence," she said. "We do not owe our partners any particular size.

"The size of our bodies has no bearing on our worth. Our unique body shapes should be celebrated, not shamed. Besides, we are more than our bodies. So much more.

"You need to know that it’s okay to be shaped differently than your partner. It’s more than okay, it’s beautiful. It’s perfect.

"I have struggled with this for so long in secret, if me talking about it openly helps to normalize it, then it will have been worth it."

Her lengthy statement comes after Jacob, 23, and Isabel have not been seeing eye-to-eye with his brother Jeremy, 30, and his Christian blogger wife Audrey, 28, over their differing political views.

The Little People, Big World star's wife was ignored on her 25th birthday amid an ongoing family feud as fans say "she deserves better."

Isabel posted an image Janae had sent her for her birthday which described her as a "remarkable human."

Isabel recently sent out a cryptic message on social media about how the long-running feud with Jeremy and Audrey has left her feeling anxious.

She wrote that she "needed some space from this space. My anxious breathing happens on & off."

"Different things trigger it but honestly interactions with people on here can send me spiraling and make my anxiety worse more than anything," Isabel said.

"An obvious sign I should pull back. Just going to take it day by day - love y'all."

Her post last month came after she wrote on Instagram last year, “you’re only as pretty as you treat people” amid her feud with sister-in-law Audrey.

Jacob unfollowed Audrey after years of disagreements over politics.

Audrey, who has a Christian blog and podcast, reposted her brother's video about unity amid the George Floyd protests to her Instagram Stories.

Jacob - who has showed his support for Black Lives Matter by attending multiple protests with Isabel - called the video "police propaganda” and said it was “not activism.” 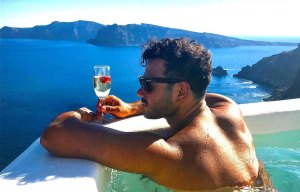 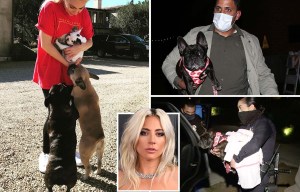 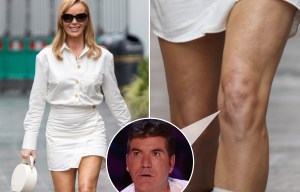 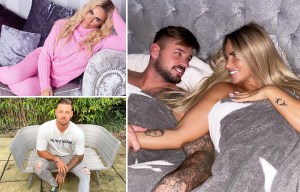 FUNNY RING TO IT

Audrey posted the next day that she was “weathering a shame storm.”

Isabel praised her husband last year who bravely told fans that he was molested as a child by a producer of the show in a "traumatic memory."