THIS week a big stone was lifted off the world of social media and some truly vile and nasty stuff oozed out.

Brave Jesy Nelson from Little Mix gave a searingly honest account of the online abuse she has suffered in a documentary that should be compulsory viewing for all of us, especially young teenagers.

Jesy should have been on top of the world after her girlband won The X Factor in 2011. Instead, her confidence was shattered by cruel trolls who mocked her weight and appearance.

It was so bad Jesy even tried to take her own life. She felt miserable and even envious of her bandmates because she saw them as beautiful and happy, while she was made to feel ugly and worthless.

This has to be a watershed moment when things need to change — and fast. Of course, it’s not just people in the public eye who suffer.

Online trolling and bullying is a plague and has caused vulnerable people to harm and even kill themselves because they just couldn’t take it any more.

No one expects to be universally loved, but these OTT, hate-filled rants need to stop.

The rich companies behind social media must clamp down on sick trolls and also strip them of their anonymity. These monsters have to be named and shamed.

We all have an image of a sad loner sitting in his grubby underpants in some underground cellar vomiting hate, but Jesy found out that many of those making her life hell were mothers with young children, and members of the public we would consider to be fine upstanding citizens.

What the hell is going on in their heads? How dare they inflict such pain while skulking in the shadows.

I’m so fortunate that when I started my career in TV 35 years ago there was no Twitter, Facebook or Instagram. I honestly don’t think I would have survived.

When you set out on any job you need to be given the time and space to grow and learn and to make your mistakes.

I was a bundle of nerves when I did my first ever live show for TVam and wasn’t exactly a triumph.

I would have been utterly slaughtered by Twitter trolls if they had been around back in the late Eighties.

I would have been unable to cope with the horrendous abuse spewed out by spineless, snivelling cowards these days.

In a few months I turn 60 and, even at my age, I’ve been so wounded by toxic tweets I no longer check my Twitter account. I cannot give these horrendous bullies that sort of power over my life.

If I find it tough, how are young men and women, and school-age kids supposed to cope?

This week I spoke to actress and writer Tracy Ann Oberman, who has suffered appalling anti-Semitic and misogynistic online abuse.

She was accused of lying about her family being murdered during the holocaust and subjected to the most horrific personal insults.

A lesser woman would have crumbled, but Tracy Ann, alongside Countdown presenter Rachel Riley, is taking those who have issued threats and insults to court.

Tomorrow Tracy Ann is hosting a live version of her “Trolled” podcast, that helps deal with online abuse. It is her way of trying to create something positive out of her distressing experience.

Tracy Ann will not be silenced and I applaud her courage.

Through passionate fighters like her, who are willing to take a stand, we will achieve much-needed change.

The Meg-awatt smile at last

This is the Meghan we all want to see.

This is a charity close to Meghan’s heart, helping women get back into the workplace by providing them with clothes, confidence and coaching to secure a good job.

It’s a cracking idea that will change lives.

Meghan is to be commended for giving the scheme such a high­-profile launch and for being so hands on.

It shows there’s so much more to this woman than posh baby showers, expensive home furnishings and ­private jets.

I cannot wait to see Renée Zellweger as Judy Garland in new film Judy, where she transforms into the screen icon towards the end of her troubled life.

To Renee’s credit, in the short preview clips I’ve seen she has managed to capture the twitchy, deer-caught-in-the-headlights vulnerability of this incredible entertainer, as well as the emotional throb in her voice.

Judy, below, was a one-off, but also a drug addict who was force-fed uppers and downers by callous studio bosses when she was a kid.

They didn’t give a toss about her well-being, but used and abused her to make themselves a fortune.

No one could ever be as luminous a star as Judy, but I reckon Renee, will come close.

Asan is lesson to all

I’m indebted to Piers Morgan, who gave a hilarious speech at the TV Choice Awards this week before delivering some extremely kind words as he handed me a gong for Outstanding Achievement, which was all a bit overwhelming.

I had to leave the awards early as I was up at the crack of sparrows for work the next day, so I missed the unedifying spectacle of a young actor threatening to “knife” a fellow soap star.

What on earth was Emmerdale’s Asan N’Jie thinking when he threatened to “kill” Hollyoaks’ Jamie Lomas?

He was sacked for his appalling behaviour by Emmerdale bosses who should have been celebrating winning Best Soap, instead of fire- fighting this unsavoury scandal.

Every attendee needs to realise they are representing not only themselves but their programme, so they need to behave accordingly.

This fracas happened in full view of the Press pack and was filmed on smartphones. Getting drunk or lairy at such gatherings will never end well.

Asan really let himself down and has lost the job he loves.

I hope he has genuinely learned a lesson and will bounce back. This is a cautionary tale to others in the public eye to behave themselves.

The Downton Abbey movie was finally released yesterday and is the perfect antidote to all the Brexit b******s we are currently having to endure.

We can wallow for two glorious hours in the wonderful world of Downton, where the only thing to fret about is whether or not the candelabra will be shiny enough to please the King and Queen, who are popping in for dinner.

There’s no real plot to speak of but all of our favourites are back, with the always splendid Phyllis Logan as Mrs Hughes, above with Mr Carson, getting the last word.

And the posh “upstairs lot” look utterly splendid in their expensive finery.

I loved every sumptuous second and I’m convinced it will be such a global hit that there will have to be a sequel or, at the very least, a couple of Christmas TV specials.

Now and again you come across a very special artist on the brink of mega success and just know they are going to conquer the world.

Sam Fender gives me the same goosebumps as Ed Sheeran and has the potential to be just as successful.

Sam caught all of our attention when he won the Brits Critics Choice award in February.

He writes from the heart with a maturity far greater than his 25 years and his music grabs a hold of your soul.

Do yourself a favour, be ahead of the curve and check it out.

Not so upper crust

Just when you think you can’t admire the Queen any more, you find out her favourite meal isn’t pheasant with lobster on the side, but down-to- earth comfort food that costs around £2.50.

Our frugal monarch loves nothing more than tucking into one of those Fray Bentos tinned pies as a welcome relief from fine dining during banquets and state dinners.

We shouldn’t be at all surprised.

Her Majesty grew up during the “make do and mend” era of World War Two and is renowned for being frugal, with a love of storing leftovers in Tupperware boxes and only turning on one bar of the electric fire.

The makers of Fray Bentos pies will be absolutely delighted at being able to add “Royal Approval” to its retro product – and just watch those sales soar. 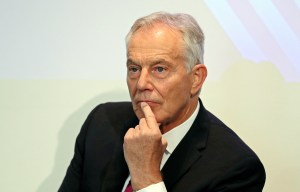 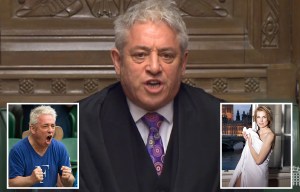 Farewell to Bercow, a squawking egomaniac with an attention-seeking wife 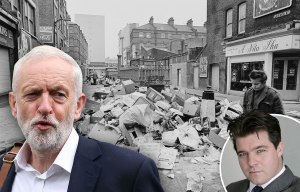 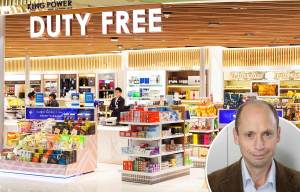 In an onslaught of Brexit gloom, Javid's duty free plans are a shaft of light 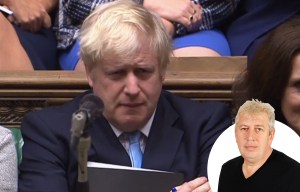 Bale's agent: Gareth is happy at Real Madrid. He wants to provide for himself for life
The salary cap is a post-virus goal of UEFA and the Bundesliga boss. Here's how the limit works in MLS, Rugby and China
Kevin-Prince Boateng on playing in MLS: I will be Mohammad Ali, leading the people
Messi may not play with Mallorca due to adductor muscle discomfort
Alexey Miranchuk can move to Fiorentina (Betting Insider)
Henri on racism: Why is this still happening in 2020? We demand changes
The defender from Burkina Faso is the new star of the Bundesliga. With him, Bayer won 11 matches out of 13
Source https://www.thesun.co.uk/news/9925438/little-mix-jesy-nelson-abuse-horrendous/

Arrests after teen girls 'kicked, slapped and ragged by their hair' in North West park attack

Coronavirus: More than third of Wednesday's tests were postal kits, No 10 admits

Man found dead after being furloughed from work during pandemic

Will Liverpool still win the Premier League title if the season is cancelled?

John Terry shares throwback pic of Chelsea 1996-97 youth side… from Countdown to JT’s best man where did they end up?

Who should be shielding, when they can go out and latest advice

Unreliable data: how doubt snowballed over Covid-19 drug research that swept the world

Disbelief at massive Mcdonald's queues as fans 'camp outside'

What happened on the night Madeleine McCann disappeared

Brit tourist, 31, jumps to his death from 12-floor hotel balcony in Vietnam

Genetics is not why more BAME people die of coronavirus: structural racism is | Winston Morgan

German suspect in Madeleine McCann disappearance is named as Christian B

Hull's Race for Life and Pretty Muddy events have been cancelled

What are the tough new 14-day quarantine rules and how much could you be fined?

Public perception is that the government is doing the wrong things

Madeleine McCann: 'We think she is dead' - German prosecutor says

Predict where Everton will finish as Premier League nears return

10 cooking skills every child should master during lockdown

Is Sally Webster going to expose Geoff’s abuse of Yasmeen in Coronation Street?

Which of your disgusting habits are your flatmates texting their friends about?

'People are just so tired of dealing with racism every day'

Man, 30, appears in court for murder of 12-week-old baby boy in Cambridgeshire

Customers left 'fuming' after water company calls them at 3am

Customers 'fuming' after water company calls them at 3am