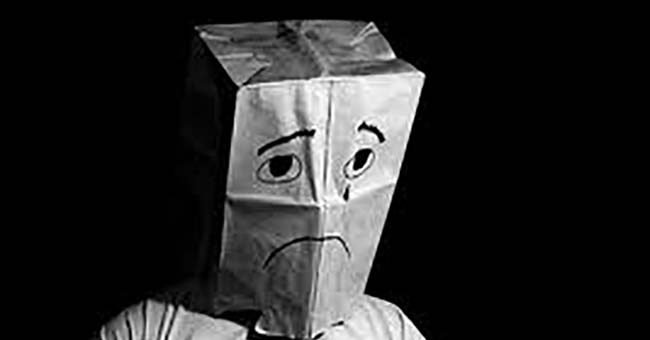 Funke Abimbola claims she was victim of “bias” when she tried to get into the legal profession. She tells the BBC: “I found a number of barriers to entering the profession because I had an African name and am a black woman, without any doubt. I had to make over 100 phone calls to get a foot in the door. I have experienced bias and situations where, being a black woman, I was judged more harshly over other colleagues. You are more likely to be noticed and are far more likely to have negative judgements made about you if you are part of an ethnic minority.”

Should you put a false name on your CV if it ends in a vowel or sounds ‘foreign’ to employers’ ears? My own family changed their name twice – once because the officials at the gates misspelt it and once from the Sephardic Benhamu to the more anglicised Benham.

Change your name or leave it off your CV? “Your name no longer matters on your CV,” the Daily Telegraph announced in 2015. CVs are going “name blind”. You can remove age, address, gender and educational background also. This will, at least, make the initial stage of the recruitment process more open, so the thinking goes. Until you get to the diversity box, that is, the one that asks applicants to declare their religion, ethnic roots, sexuality and disability status. Has this box-ticking helped job seekers from minority backgrounds? Has it helped end prejudice or discrimination aimed at someone on the basis of their race?

A job seeker with an English-sounding name was offered three times the number of interviews than an applicant with a Muslim name, a BBC test found.

Inside Out London sent CVs from two candidates, “Adam” and “Mohamed”, who had identical skills and experience, in response to 100 job opportunities.

Although the results were based on a small sample size, they tally with the findings of previous academic studies.

Yogesh Khrishna Davé, 56, is the director for quality at a pharmaceutical company in Slough. It has taken him decades to reach this senior role.

During the journey up the ladder he suspected he was being consistently overlooked for jobs because of his name. So he secretly carried out his own experiment.

“I entered the job market in the 80s. I put my CV in and it was disappointing. I got rejection letters.

“Someone suggested: ‘Why don’t you put a very English name on your CV [as well as sending one in your own name]… and see who they might offer the job to?’ So I had my name, Yogesh, and John Smith. John Smith got the interview. I got rejected for the interview.”

None of this mans you’re going to ge the job, of course. The employer will still want to see you. The results of an independent review by Sir John Parker (that is his real name) into the ethnic diversity of UK boards is out. You can read it here.

The Parker Review, which was launched in 2017, has found that 37 per cent of FTSE 100 boards still have all-white boards. Although the latest figures are an improvement on the 50 per cent that had no ethnic minority representation three years ago, its latest report said that progress had been slower than hoped.

Sir John Parker, who heads the review — and sits on an all-white board himself as chairman of Pennon Group, the water company — accused businesses of being complacent in their approach.

Sir Jon Thompson, 55, chief executive of the regulator, said: “The UK’s record on boardroom ethnicity is poor. It is unacceptable that talented people are being excluded from succession and leadership simply because companies are failing to put in place appropriate policies on boardroom ethnicity.”

In conclusion: you can never have enough Johns in charge of fairness…

An ode to Gini Wijnaldum, the Liverpool midfielder who shuns the spotlight and exudes humility

'Donald Trump's belly fat is unmissable - so why should we take his health advice?'

St Johnstone 2 Rangers 2: Callum Hendry and Stevie May on target for Saints

The Manchester United mentality might finally be changing after Watford win

Manchester United vs Watford result: Five things we learned as Solskjaer's side move up to fifth with win

West Lothian College for their work in supporting people with epilepsy

Dear Coleen: We don't do things together and rarely have sex - I'd leave but we have a daughter

My controlling fiancé, 28, beat me with a RADIATOR when he thought I’d discovered he was cheating

Last Tango in Halifax cast- who stars in series 5 of the BBC drama?

Virgin Media internet, TV and website down as thousands of customers report issues

M6 closed in both directions after crash between two lorries

Arsenal vs Everton betting tips: Toffees to earn point in North London plus back both teams to score in first half

Coronation Street slammed for 'rehashing' one of its old storylines

Love Island past winners – who won the show from 2015 to 2019, and which winning couples are still together?

'I don't hurt anybody, I just clean my house' - Mrs Hinch's confusion over online trolls

Who is Faryal Makhdoom? Amir Khan’s wife and mum of three

Edinburgh mum collapsed at gym after developing anaphylaxis due to exercise