Speaking to ITV, Ms Moran admitted she could be tempted for a tilt at the Lib Dem leadership after Ms Swinson was ousted from her seat in Scotland and resigned. She was chatting on the ITV News podcast Acting Prime Minister when she made the comments. The Oxford West MP claimed that the Lib Dems “spectacularly failed” to win over voters.

She added that Ms Swinson made a “mistake” in telling the public she had chance of becoming Prime Minister.

She told the programme’s host Paul Brand that the claim “combined with the high numbers of seats we were predicting, that made us look a bit hubristic”.

She added: “Combined with revoke, that was seen as arrogant... so I do think there were mistakes that were made.”

Ms Moran did tell the host she “could do” the job of the leader. 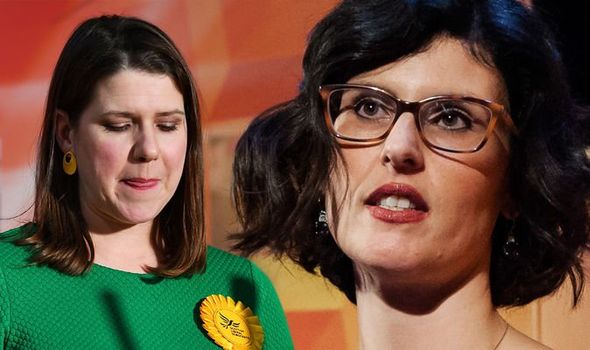 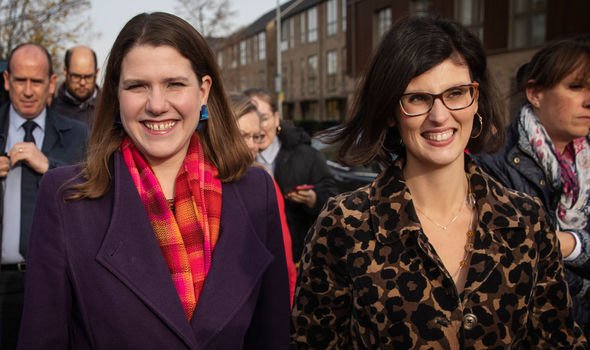 She continued: “I've been really open that it is a job that I would consider.

“But I’m definitely not at the point where I'm going to say that I would definitely do it."

The UK finally left the EU on Friday, to much rejoicing across the UK.

JUST IN: Ed Davey shut down by Charlie Stayt over Boris Johnson ‘failings’ 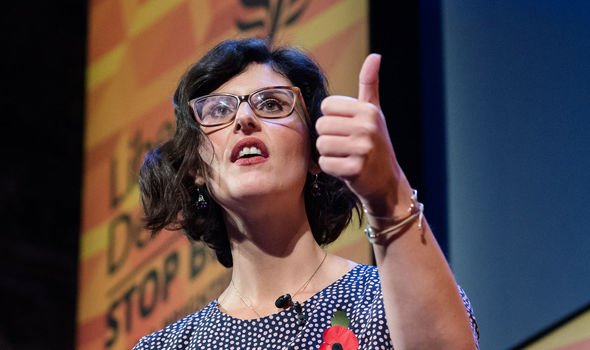 But that has stopped some Remainers, like Sir Ed, from try to derail Mr Johnson’s proposed Brexit strategy.

In a tweet, the Lib Dems posted a quote from Sir Ed which said: “Our fight for a progressive Britain starts with our campaign to prevent a no-deal Brexit at the end of this year.”

It added: “Boris Johnson's plan is no-deal in all but name.

“Lib Dems will fight to secure a trade relationship that is based on fair rules and liberal values.”

The tweet, which has nearly 200 likes, has a video attached which sees Sir Ed delivering a speech. 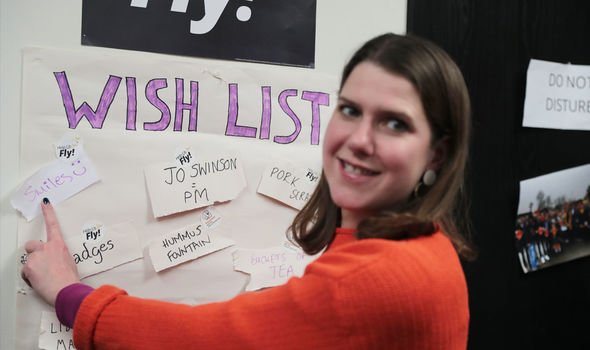 In the speech, he said: “So as our country forges its future outside the European Union, we must campaign for a future that reflects the best of the United Kingdom.

“Where those with the broadest shoulders bear the greatest burden.

“Where workers are protected, consumers and human rights are respected.

“But this fight for a progressive Britain starts with our campaign to prevent a no-deal Brexit at the end of this year.

“And secure a trade relationship that is based on fair rules and liberal values.”