LEWIS HAMILTON'S support of Breonna Taylor and his stance on Black Lives Matter has been slammed as "too much" by a former Formula One rival.

Russian Vitaly Petrov hit out at the British star in an outspoken interview - before insisting racism doesn't exist in his home country.

The t-shirt read: "Arrest the cops who killed Breonna Taylor," while a photo of her and the words "say her name" was across the back.

Medic Breonna Taylor was shot dead by American police in her Kentucky apartment in March.

F1's governing body, the FIA, will not punish Hamilton amid critics' claims that it was a political message - which are banned from the sport.

He told Championat: "For me, this t-shirt, on top of calling for everyone to kneel, was too much.

"It is a personal matter for every adult. You have the right to speak out on social media or give interviews, but I think the US government is well aware of these problems already.

"But to call on that in Formula One itself… I think half of the spectators didn't even know what the shirt was about until it was explained to them. 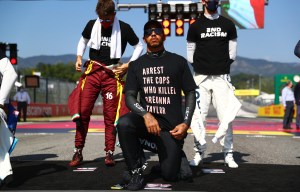 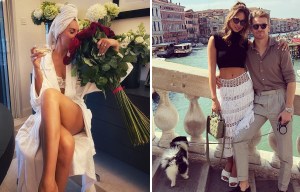 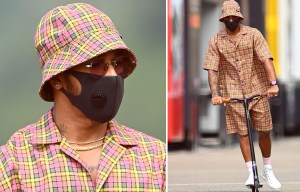 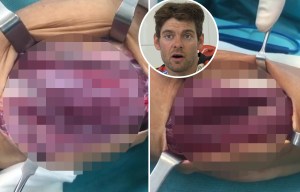 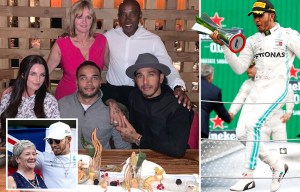 "And let's say a driver admits to being gay - will they come out with a rainbow flag and urge everyone to become gay as well? I think the FIA will no longer allow such behaviours."

Hamilton, 35, has led F1's fight against racism this year and has received plenty of plaudits for his determination to see change in society.

He wears a Black Lives Matter t-shirt and takes a knee before each race and encourages his fellow drivers to join him - although he encountered resistance from a minority.

Despite some opposition, the Stevenage star insisted he "won't give up" in his campaign for justice.

Hamilton wrote online: "I want you to know that I won't stop, I won't let up, I won't give up on using this platform to shed light on what I believe is right.

"This is a journey for all of us to come together and challenge the world on every level of injustice, not only racial."

But TIME magazine named Hamilton in their top 100 most influential people list, hailing his work.

Petrov, though, added that Russians only kneel "before God and to propose to your future wife".

Denying his nation's troubles with racism, he added: "In Russia we have a different mentality, and we do not have the problems that Hamilton is talking about. There should be respect for everyone."

Lucescu says that it was he who first put Pirlo on the field in 1998. This is not quite true
Bruno on the penalty miss: I'm human, it happens. Next goal for sure
Neymar wants to extend his contract with PSG, but the club has not yet started negotiations. The player's entourage is upset about this
Referee Oliver is appointed for the Bayern - Atletico match in the Champions League. He worked on the game Everton - Liverpool
Ex-judge Halsey: I'm surprised Pickford didn't get a red card. He put van Dijk's health at risk
Ander Herrera: I didn't feel love from Manchester United. The management and I had different views
Pique is ready to take a pay cut at Barca
Source https://www.thesun.co.uk/sport/12750379/lewis-hamilton-taylor-black-lives-matter-f1-vitaly-petrov/

Hollywood star Jeff Bridges reveals he has been diagnosed with lymphoma

Farmer, 28, ‘mowed down jogger, raped her and buried body then joined search’

Police search for man who went missing during walk in York

More than four vehicles a DAY stolen in the district, new figures reveal

Millennials more disillusioned with democracy than any generation in living memory, research suggests

Linda Ronstadt: 'I had to sing those songs or I was going to die'

Mothercare return to the high street within hundreds of Boots stores