MURRAY WALKER says Lewis Hamilton is a better driver than Michael Schumacher or Ayrton Senna - because he's a "clean" racer.

The legendary commentator, who turns 97 in October, has watched hundreds of F1 drivers across eight decades.

But Walker says the current world champion is the cream of the crop because he has never used dirty tactics to win races.

Both Schumacher and Senna had contentious moments during their careers, but Walker says Hamilton is as "clean as a whistle".

He said: "Well, people say to me, 'Who is the greatest?', and I always say, 'Look, I think it's impossible to say, because the drivers and the circuits and the cars were different'.

"Juan Manel Fangio took a lot of beating, Jim Clark, Sir Jackie Stewart -- there again I could go on -- but which is the best I really don't know.

"I used to say Fangio. I think I'm going to have to say very shortly Lewis Hamilton, because if you look at it in terms of statistics, he's already got more poles than Schumacher.

"He's got at least three years in him if he doesn't hurt himself or leave Mercedes for some reason or they decide to stop, in which case he's got at least another three championships ahead of him, so statistically he will become the greatest.

"But he's also in my opinion -- and this is very contentious indeed -- better than either Schumacher or Senna because both of them, Schumacher and Senna, adopted at various times in their career highly debatable driving tactics.

"Like Schumacher stopping deliberately at Monaco to prevent Fernando Alonso getting pole position, like Schumacher colliding with Jacques Villeneuve at Jerez in 1997, like Senna with Alain Prost in 1990 in Japan, and Lewis Hamilton has never been anything like that.

"He's always driven as clean as a whistle. He's an extremely nice, gigantically talented driver, and I don't think we've ever seen anybody like him before."

Formula One will celebrate its 70th anniversary at Silverstone this weekend with a special GP to mark the occasion.

But while Hamilton has dominated for much of the last decade, Walker says the sport's best era was in the 1970s and 1980s but believes it is still just as exciting.

Speaking to In the Fast Lane, the official podcast of the Australian Grand Prix, Walker added: "A lot of it is looking backwards through rose-coloured glasses.

"It's still mighty exciting when you take into account what a contest it is with man and machine.

"But I have to admit that for me the 70s and 80s were the most exciting time -- but then I was very much more involved with it at the time because I was literally a part of it and having to communicate to the public worldwide what was going on.

"It was very exciting times, when people like Jackie Stewart were driving, and we got the most incredible races at Silverstone, with Nigel Mansell beating Nelson Piquet, for instance, and various others.

"You have to bear in mind that I'm an old codger. I was actually at the first grand prix they held at Silverstone in 1948 -- and that was before Formula One even began. 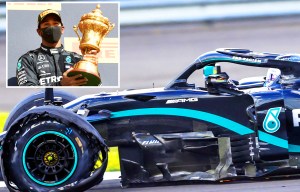 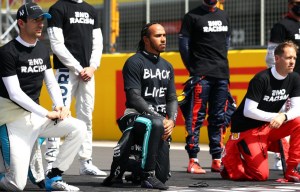 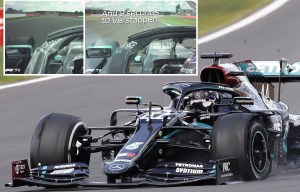 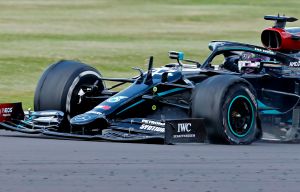 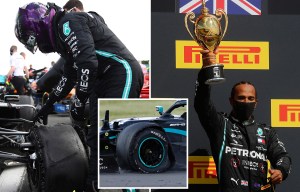 LAP OF THE GODS

"In those days of course the engine was in front of the driver, the driver wasn't wearing any safety clothing.

"They used to wear a skullcap and no crash helmet. The medical facilities were absolutely minimal, the cars were mobile deathtraps.

"They are infinitely more sophisticated now than they were, and it's no less exciting from my point of view."

Lewis Hamilton and Co given time to kneel at start of British GP after Hungarian GP farce.. but seven still refuse

Jose Mourinho: what happened to Dyer is not normal, he was dehydrated. If the League management doesn't care about the players, I don't
Jose went berserk twice during the match with Chelsea: ran over Lampard and ran to look for Dyer - he rushed to the toilet right during the game
Lampard on relegation from the League Cup: we Need to keep a positive attitude. Everything will come if Chelsea score second, leading the score
Call of nature, what can you do? Dyer explained why he ran to the dressing room during the match with Chelsea
Mourinho and Lampard shook hands before the penalty shootout. In the first half, they had a fight
Dest arrived in Spain to complete a transfer to Barca
Lionel Messi: I Am responsible for my mistakes. I wanted Barcelona to become stronger
Source https://www.thesun.co.uk/sport/12321249/lewis-hamilton-is-greatest-f1-driver-of-all-time-ahead-of-schumacher-and-senna-because-he-is-clean-racer-says-walker/