The presence of turquoise- loving David Icke and Piers “brother of Jeremy” Corbyn made it easy to dismiss it as a gathering of zealots out of touch with the masses.

But behind the closed doors of ordinary Britain, plenty agree with the anti-lockdown sentiment and a quieter dissent is taking place that should be far more troubling to Boris Johnson’s government.

Like a lousy speaker at a black-tie function, the Prime Minister and his largely unimpressive Cabinet have lost the room. Simple as that.

Back in March, when no one knew what we were dealing with, the nation largely complied with total lockdown in the hope that the short-term pain would have long-term gain in helping to beat the virus.

But six months on, it’s become clear that every time lockdown is eased the number of cases (not deaths) increases and, unless we’re happy to see economic meltdown, we have to learn to live with the coronavirus until a vaccine is found.

An increasing number of people feel this way, so the latest raft of lockdown measures — some might say erosion of our civil liberties — haven’t gone down well.

The general, questioning mood can perhaps be summed up by this succinct letter to the FT from Barrie Bain, of Wadhurst, East Sussex.

“If I understand the UK government’s rule of six correctly, it is illegal for seven children to feed ducks but legal for 30 men to shoot ducks.”

People aren’t daft. And, in a democracy where freedom is a central pillar, nor are they compliant in the face of often illogical policy announcements.

The general dissent of young people is writ large in the post-10pm scenes of them queuing for booze at the local supermarket after being turfed out en masse from bars and restaurants that have been robbed of their all-important second sittings in an effort to claw back losses.

But elsewhere, less publicly but no less defiantly, the generally law-abiding are quietly breaking the rules with, among other transgressions, family get- togethers of more than six.

They have taken the judgment call that kids missing their friends, or grandparents withering away from loneliness, take precedent over illogical government edicts.

And of course, they do their utmost to protect granny or grandad — via social distancing and the use of masks — at the same time.

When a vaccine is discovered, it will initially (and rightly) be given not to 66million people but only to those classed as vulnerable.

In the meantime, isn’t this the same strategy we should employ for life in Britain until that momentous advance?

In other words, pour money into effectively shielding those at risk — by paying for home deliveries to the vulnerable, strict testing in care homes, a fast-track Covid hotline for those in need of it etc — and tell everyone else to get on with their lives as safely as they can.

That way, we can keep coronavirus in check where needed, while simultaneously alleviating the pending economic and mental health crises that are heading our way if we don’t act soon.

Is Harry a tiger prince?

WHEN Harry and Meghan’s Netflix deal was announced earlier this month, I suggested that the streaming giant’s execs would be hoping for a royal “fly on the wall” documentary.

Well, despite a denial that they’re “taking part in any reality shows”, it seems that a Keeping Up With The Sussexes-style docuseries may well be in the offing – potentially using hours of home footage filmed as they exited the Royal Family.

A source said: “Much of the docuseries will be about their philanthropy rather than what they get up to behind closed doors. But it will still be a fascinating insight and Meghan hopes viewers will get to see the real her.”

To which I have two observations. Firstly, isn’t philanthropy supposed to be a humble act of kindness done by the mega-wealthy without fanfare? Secondly, letting cameras in to your life is a gamble that can go badly wrong.

Ask Carole Baskin and her husband Howard, who took part in Netflix docuseries Tiger King in the misguided belief that it was going to focus on their work as “big cat conservationists”.

As Howard told us on Loose Women last week: “They made her out to be a home wrecker.

"She supposedly broke up a marriage and was a gold-digger . . . the whole business, the nonsense about whether she was involved in the disappearance of her husband, they just turned everything to point towards that so people would believe that.

"It was just very difficult.”

So, even if Harry and Meghan think they’re in control of the narrative or tone of the piece, a good director will know honing in on a certain glance or letting the camera linger slightly longer after someone has finished talking can speak volumes about their character with no words needed.

Is Harry a Tiger Prince who faced up the “grey men” of the Palace and won himself a better life?

Or a Paper Tiger struggling to adapt in the brutally commercial La La Land? Something tells me we’re about to find out.

IS there a fashion garment more misunderstood than the noble cardy?

It’s a comfort blanket with buttons, a reassuringly familiar sanctuary amidst the chaos of everyday life.

As I write, I’m swathed in my trusty old “column cardigan” that’s more precious than any child’s “blanky”.

So thank goodness I don’t work for lawyer Ayesha Vardag, dubbed the “Diva of Divorce”.

Ms Vardag has issued a strict edict to her staff that cardigans in the workplace are forbidden, condemning them as “a bit teenage or low rent”.

She adds that hair should be “executive” (whatever that means) and the overall impression should be like “the president of a significant country”.

Cripes. Not for her the Grand Duke of Luxembourg or Monarch of Liechtenstein – noooo, far too inconsequential and, er, woolly.

One gets the impression that even Vogue supremo Anna Wintour might struggle to pass muster.

WHILE there are undoubtedly the unnecessarily panicky few once again stocking up on loo rolls for no apparent reason, any photos taken outside wholesale retailer Costco should be discounted.

Because, chances are, the shoppers with their trollies stacked high are hotel owners, restaurateurs or school caretakers who bulk buy all year round.

A hol lot of hassle

THE alleged boss of the gang accused of robbing Kim Kardashian in Paris in 2016 has told police that they gleaned all the information they needed via her social media account.

The reality TV star not only revealed her location but also that she had expensive jewellery with her and it wasn’t fake.

Oh dear. Seasoned celebs wised up to this long ago and, consequently, only ever post holiday snaps when they’ve returned home.

One assumes that Ms Kardashian has now learned this lesson the hard way. But it seems that ordinary folk may now have to learn it too. 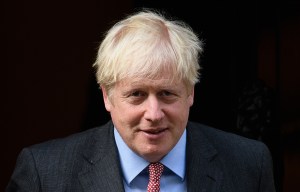 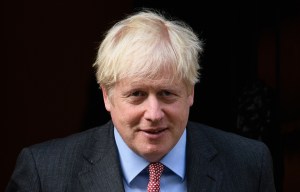 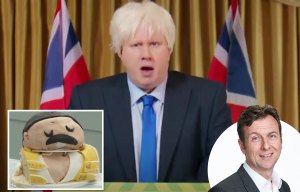 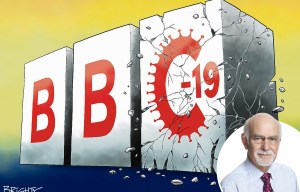 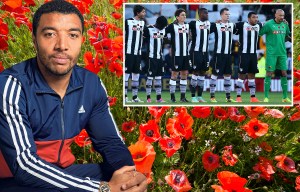 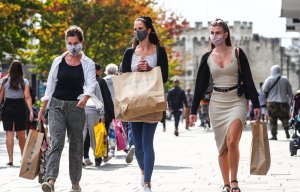 Apparently, a quarter of holidaymakers (myself included) have no clue they may be voiding their insurance cover by posting a selfie from the side of the pool.

Insurers say it shows you aren’t home, so they might refuse to pay out if you’re burgled.

Sigh. With all these small-print caveats, little wonder some feel that taking out insurance is now an expensive and pointless exercise.

UNDERCOVER agents working for MI5/6 now have legal backing to carry out offences they consider necessary in the fight against terrorism and other crimes that threaten their security.

Er, why only now? After all, what use is a spy who has to ask politely, "Sorry to bother you, but would you mind putting that gun down?"

Hakimi had contracted the coronavirus. Inter will play Borussia Gladbach today
Manchester United's debt increased by 133% in the 2019/20 season, while revenues fell by 19%. Loss - 23.2 million pounds
Liverpool, Manchester United, Real Madrid are preparing the European Premier League project. It seems that everything is serious now: they are supported by FIFA
Lampard on Cech in the Premier League bid: it will be good for Our goalkeepers to train with one of the best goalkeepers. He is relatively young
Coach Salzburg had a problem with being an American. And I came up with a game style while watching the Princeton rowers
Ozil on not being included in Arsenal's Premier League bid: Very disappointed. Loyalty is rare today
Ronaldo has a bald haircut: Success is measured by the obstacles you overcome 😉 💪 🏽
Source https://www.thesun.co.uk/news/12803002/swedens-coronavirus-approach-shield-vulnerable-live-lives/