NFL's Drew Brees revealed he will "never agree with disrespecting the flag" after being asked about players kneeling for George Floyd during the National Anthem.

The New Orleans Saints quarterback told Yahoo Finance on Wednesday that he will not be supporting NFL players who choose to kneel during the national anthem in the upcoming 2020 season.

WOW MAN!! 🤦🏾‍♂️. Is it still surprising at this point. Sure isn’t! You literally still don’t understand why Kap was kneeling on one knee?? Has absolute nothing to do with the disrespect of 🇺🇸 and our soldiers(men and women) who keep our land free. My father-in-law was one of those https://t.co/pvUWPmh4s8

Brees firmly stated: "I will never agree with anybody disrespecting the flag of the United States of America or our country."

The 41-year-old NFL star was responding to a question about how George Floyd's death might lead players to kneel again - like they did in response to the San Francisco 49ers’ black quarterback Colin Kaepernick.

Take a knee is a protest against the unfair treatment of Black Americans which has been used in many American football games.

It started during the American football pre-season four summers ago in 2016 when Kaepernick sat instead of standing during the national anthem.

"Is everything right with this country? No. We still have a long way to go," Brees said in the interview.

"But I think that standing there and showing respect to the flag with your hand over your heart, it shows unity. It shows that we are all in this together, that we can all do better, and that we are all part of the solution."

The National Anthem reminds Brees of his two grandfathers who both risked their lives to make this country a better place.

George Floyd's Memorial Day death prompted protests and violence to erupt all across the United States - as leaders and activist groups such as Black Lives Matter demanded justice for Floyd.

As the 2020 NFL season nears, the controversy surrounding Floyd and police brutality may spark players to continuing kneeling against racial injustice.

Brees explained what how he feels when the national anthem is played.

He said: "I envision my two grandfathers, who fought for this country during World War II, one in the Army and one in the Marine Corp.

"Every time I stand with my hand over my heart, looking at that flag, and singing the national anthem, that's what I think about, and in many cases, it brings me to tears, thinking about all that has been sacrificed.

"Not just those in the military, but for that matter, those throughout the civil rights movements of the '60s, and everyone, and all that has been endured by so many people up until this point."

Brees has chosen not to take part in the take a knee movement as he refuses to disrespect the flag.

However, he did take part in Blackout Tuesday and posted a black screen to Instagram like many others, with the caption #blackouttuesday.

Commenters slammed his post as Brees doing "the bare minimum." 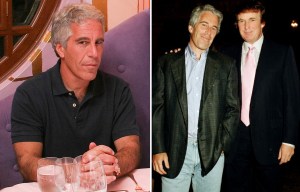 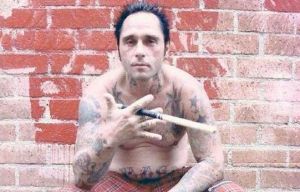 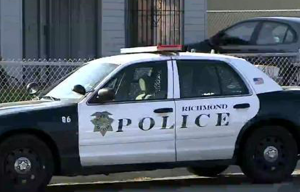 On June 2, 2020 over 60 cops knelt before George Floyd protesters as a mark of "dignity and respect" in North Carolina.

Stunned witnesses say the moment in Fayetteville brought protesters and officers to tears.

Floyd died on May 25 after getting arrested for apparently trying to use a fake $20 bill to buy cigarettes.

Gasperini on two penalties for Juve: They are above any rules in Italy. Did we have to cut off our hands?
Sarri Pro 2:2 with Atalanta: We played with one of the best teams in Europe right now
Pep Guardiola: Manchester City have won a place in the Champions League on the pitch. I hope that UEFA will allow us to play
Atalanta extended their unbeaten streak to 14 games and is ranked 3rd in Serie A
Ronaldo scored his 27th goal in Serie A, converting a penalty in the game against Atalanta. Immobile has 29 balls
Sterling scored 27 goals for the season and broke his record. He scored a hat-trick against Brighton
Three Atalanta players have scored 15+ goals in the Serie A season. This is the best result since 1952
Source https://www.thesun.co.uk/news/11778315/nfl-drew-brees-disrespecting-flag-kneeling-george-floyd/