LeBRON JAMES and the Los Angeles Lakers could make it all the way to the NBA Finals.

That's according to NBA legend Marvin Williams, who believes James should 'never, ever be counted out.'

The Lakers face a tougher route than usual to defend their title with the club playing in the inaugural play-in tournament, which tips off tonight.

Previously, the top eight seeds - 1st vs 8th, 2nd vs 7th and so on - in the Eastern and Western Conferences would do battle until the winners of each conference would eventually meet in the Finals.

But this season four more teams have the chance to reach the play-offs.

The No 9 and 10 seeds from each conference now have a chance to make it, if they win two consecutive games, while the 7 and 8 seeds will progress with a single win.

Unfortunately for LeBron and the Lakers, they finished as the seventh seed in the West.

The four-time NBA MVP caused noise last week when he said "Whoever came up with that s*** needs to be fired," when asked about the play-in tournament.

Despite being pre-season favourites, the Lakers fell down the standings this year thanks to injury and coronavirus protocols - LeBron missed 27 games and co-star Anthony Davis missed 36 - leaving them struggling for much of the year.

Both have returned in the last couple of weeks and the Lakers look back to their dominant old selves, winning five in a row.

NBA play-in: How it works and schedule

THE NBA play-in tournament sees the 9th and 10th seeds from the Eastern and Western Conferences given a chance to enter into the play-offs.

The No 9 and 10 seeds will first play each other, the winner progressing to a second game and the loser being completely eliminated.

The No 7 and 8 seeds will also play each other, the winner automatically making the play-offs and the loser given another chance in a second game.

The two winners will be drawn against the No 2 seed in the play-offs.

The winner of that final game then reaches the play-off - facing the top seed - and the loser is eliminated completely.

But on Thursday they will face the hottest team in the NBA right now - Stephen Curry and the Golden State Warriors, winners of six in a row and 15 of their last 20.

Despite LeBron's arguments against, the game promises to be a marquee showdown, pitting arguably the game's two biggest stars against each other in a winner-takes-all fight.

Williams, who retired last season after 15 years in the league, still believes the Lakers can go all the way to the finals despite their up and down campaign.

Speaking last week before seeding had been finalised, he told SunSport he sees the Lakers as favourites of making it out of the West and to the Finals.

"I would never ever count LeBron out of anything if he’s healthy," said Williams, 34, who surprisingly retired last summer.

"I don’t know how healthy he is, I don’t care what the circumstances are - seeding, play-in, whatever the case may be.

"If LeBron is healthy and playing at a high level I would never count him out."

Williams also hailed Curry as having an MVP-level season, the guard having bounced back from injury to average a Scoring Title-winning 32 points per game.

One of Williams' former teams, the Charlotte Hornets, are also in the play-in tournament.

After finishing as the 10th seed in the East they must beat the Indiana Pacers and then the lose of the Boston Celtics vs the Washington Wizards to reach the play-offs.

It's a tough ask but Williams says, who played in Charlotte for nearly six seasons, says the Hornets will be a tough opponent no matter what.

"Charlotte have competed all year long even though they’ve been so beat up," he added. 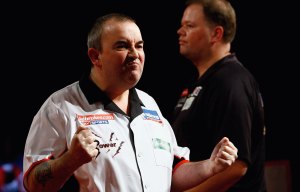 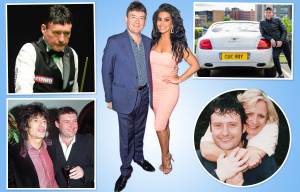 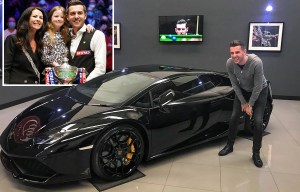 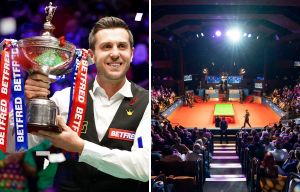 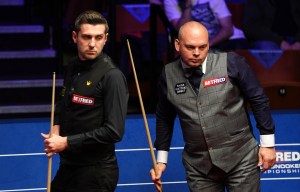 "Whether that’s been guys being in protocol or being injured, whatever the case may be, that’s just a testament to coach [James] Borrego and his staff, they’re a very good staff and they really have high demands for you as a player.

"You’ve got to go out there and play together and compete, I think that’s the one thing that Charlotte does every night, they are competitive.

"I would not like to play those guys in a play-in as you never know what’s going to happen.

"They scrap and they play hard, I do think they’ll make it incredibly difficult."