LAUREN Goodger looks unrecognisable with jet black hair as she shows off her curves.

The reality star stunned fans in her blue and orange two part dress as she attended the Ethical Designer Showcase at The Royal Horseguards Hotel.

The figure hugging attire boosted her curves while the plunging top focused on her other assets.

But most surprising of all was her brunette locks being replaced with striking jet-black hair.

She was joined at the showcase alongside fellow Towie stars Ella Rae Wise and Kelsey Stratford.

She captioned the image: "Sunday funday".

Another added: "You look beautiful! What a lovely colour on you"

She debuted her black hair earlier in the day in a black crop top that left very little to the imagination.

Lauren was recently forced to deny she'd had fillers in her bum, insisting she's always been "thick set."

She said in new! magazine: "I've always been thick set and I've always had a big bum. That's the way it is."

Lauren later added: "I've just got a big arse! Feel free to do any X-rays or scans or whatever you need to do to prove it. Fat transfers don't last.

"You need to keep getting them redone and I'd be forever under the knife if that were the case!

"I had lipo and sculpting three years ago and that was it. My bum goes up and down with my weight." 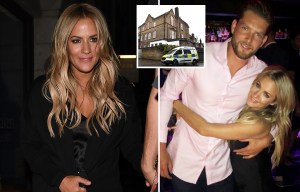 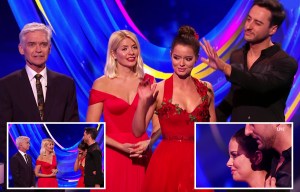 Lauren has previously spoken out about how her derriere is from working out and doing squats every day.

She told The Sun Online: "I do squats but that only counts for about 20 per cent of what you see.

"The other 80 per cent is weight training. I don't really care what people say about me these days. But I have to say I found [bum lift surgery rumours] entertaining.

“I thought it was quite a compliment for everyone to think that I must have had something done. I didn't mind that attention at all."

Mikel Arteta: getting Arsenal into the Champions League seemed impossible a few weeks ago
Бав Bayern won the gold double in Germany for the 13th time
Neuer provided an assist in the German Cup final with Bayer
Sarri about 4:1 with Torino: Juve had a false sense of security after a couple of goals
Cristiano Ronaldo: I needed to score from a free kick to regain my confidence
After football, Buffon will return to school. He once faced prison for a false diploma
Ronaldo scored the first goal for Juventus from a free kick. There were 43 attempts
Source https://www.thesun.co.uk/tvandshowbiz/10977353/lauren-goodger-black-hair-curves/