LAUREN Goodger shared her love notes with Charles Drury online today telling him: "I keep kissing you in your sleep."

The 34-year-old Towie favourite proved she is head over heels with Katie Price's ex after they enjoyed a pizza night together.

She sent him a soppy message last night - despite him lying beside her at the time.

Lauren wrote: "I can't sleep and I am next to you and I love you so much. Keep kissing you in your sleep.

"Just wanted to text you this even though your here next to me."

The snap, which was originally shared by Charles on Instagram but was reposted by Lauren, showed him replying in equally romantic terms.

He said: "You're now asleep next to me & waking up to things like this is exactly why I adore you."

The couple had spent their night together with a pal eating Papa Johns pizzas from her local store in Woodford, on the border between Essex and London.

Lauren has gone all-in with Charles, on Friday telling him: "I love you" in an emotional Instagram video three weeks after they started dating.

She ignored 42-year-old Katie's warning that Charles just wants to be famous. 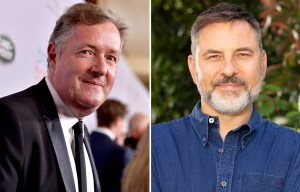 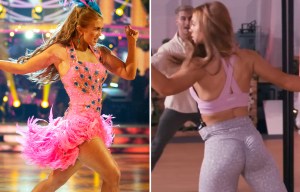 A source told The Sun Online: "Katie's fuming as she is convinced Charles just wants to be famous and that's why he's dating Lauren.

"She's said Lauren should be very very careful about letting him into her life. She's actually shocked that Lauren would consider dating him in the first place."

Their romance was revealed at the start of the month when Lauren shared clips of Charles cuddling her in bed and stretching in front of her bedroom mirror with his face covered with a love heart.

Lauren's rep said at the time: "Lauren and Charles are friends. Charles came to see Lauren as she hasn’t been well over the weekend and brought her supplies."

Jurgen Klopp: Maradona is the best player in my life. Meeting him was like meeting the Pope
Chalhanoglu will move to Manchester United as a free agent in the summer of 2021 (Christian Falk)
Benzema, Carvajal, Ramos and Valverde will not play with Alaves due to injuries
Ronaldo will not play against Benevento. Pirlo gave him a rest
Zidane on Real Madrid's downturns: Stability in football is the hardest thing to achieve. The problem is not in relation
Alaba's agent wants to start talks with Chelsea and PSG in January
Klopp on the Premier League calendar: No matter what I say, it won't help. Waste of time
Source https://www.thesun.co.uk/tvandshowbiz/13020031/lauren-goodger-charles-drury-romantic-texts/