The Conservative Party is taking a battering in the polls, with voters punishing the ruling party over the sleaze row, perceived failures in the 'levelling-up' agenda and the handling of the pandemic. Gone is the stonking Tory lead over the Labour Party, ushering in the latest predictions: a hung parliament.

Britain last saw a hung parliament in 2017 when Theresa May's catastrophic decision to call an early election backfired and cost her the overall majority.

In 2010, a hung parliament saw a coalition Government formed between the Conservatives and the Liberal Democrats.

Now, with a general election set for 2024 but widely expected earlier, pollsters are predicting more uncertainty. 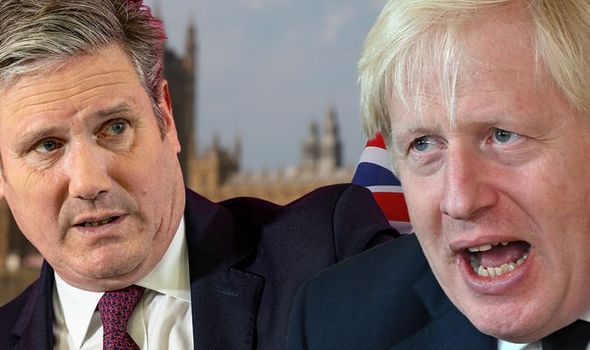 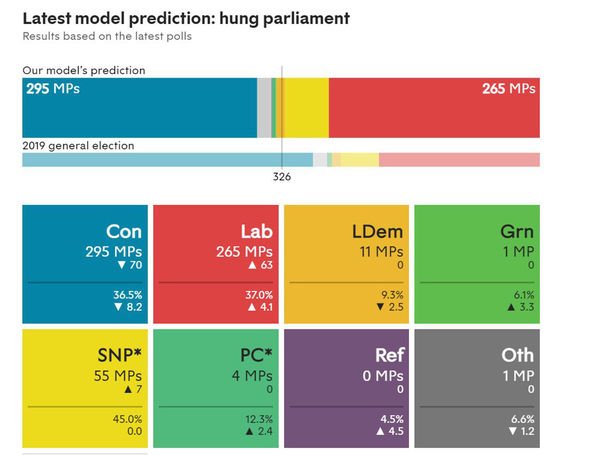 Britain Predicts, the New Statesman election calculator that aggregates and weights multiple polls, has shown a hung parliament is now the most likely outcome of an election.

The Britain Predicts poll shows that, if an election were to be held tomorrow, the most likely outcome would see the Tories with 295 seats and Labour with 265.

This would be an even worse outcome for the Conservatives than in 2017, when Mrs May saw her party win 318 seats against Labour's 262.

According to another reliable poll aggregator - the Politico Poll of Polls - the two main parties will be even more neck-and-neck. 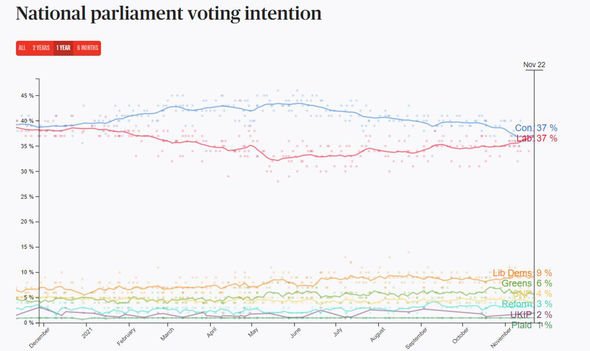 After dominating comfortably in the polls all year, the Tories are polling on equal footing with Labour at 37 percent.

And earlier this month, Labour overtook the Tories in the polls for the first time since Boris Johnson took office.

The poll, published by Ipsos MORI for The Standard put the Conservatives on 35 percent, down four points on September, Labour unchanged on 36 percent, the Greens up five points to 11 percent, and Liberal Democrats unchanged on nine percent.

And this poll was largely conducted before the Owen Paterson sleaze scandal exploded at Westminster, with pundits expecting things to look even worse now.

There was also a significant shift in who voters see as the best prime minister.

An 11-point lead for Mr Johnson has shrunk to just two points.

Mr Johnson is regarded as the best candidate by 28 percent of voters, down five points, with the Labour leader on 26 percent (up four points). 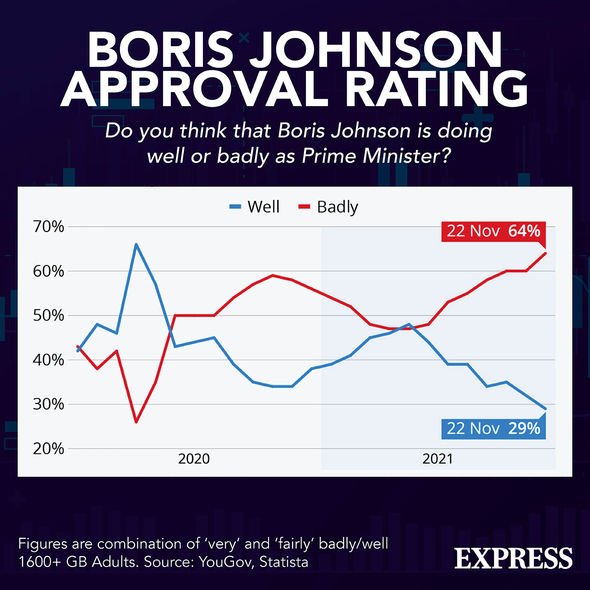 Speaking on the poll, Adam Drummond of Opinium said: "This is our first Labour lead since January but the red and blue lines have slowly been edging towards each since the end of the Government’s vaccine bounce in May.

“While the various sleaze stories dominating front pages and have undoubtedly damaged the government, Mr Johnson’s personal poll rating has been falling for some time, and the Conservative’s lead on 'running the economy' has shrunk considerably.

“However, Mr Johnson still has a one-point lead over Keir Starmer on who would be the better prime minister and only 27 percent of voters agree that the Labour leader ‘looks like a prime minister in waiting’.

"It’s notable that it has taken over a week of continuously dire headlines, on a subject the Conservatives have always struggled with, for Labour to claw its way into the lead.”

Murdered Louise Smith, 16, ‘not supported fully’ by police after ‘rape by peer’

Mum called police after ex-partner threatened to 'put her head on a stick' but GMP took days to respond... just eleven days later he stabbed her to death

Sundance doc looks at man behind the modern bulletproof vest

Donald Trump’s niece says he will turn on Ivanka eventually

Princess Eugenie 'complained during her wedding to husband Jack Brooksbank'