A senior party figure revealed Sir Keir's team had already discussed ditching the role during a meeting with the Labour leader earlier this year. Such is the state of affairs between Sir Keir, 59, and some senior officials, the insider claimed the removal of Ms Rayner was an "insult to democracy". The leading left-wing MP also claimed the "brutal" plot showed Sir Keir was intimidated by Ms Rayner, 41, who served in Jeremy Corbyn's Shadow Cabinet.

The insider told the Mail on Sunday: "To even talk about getting rid of his deputy's post is an outrage and insult to party democracy."

As Ms Rayner has been elected to her post, any move to abolish the role would need to be supported at the party conference.

Although axeing the role would need the support of the trade unions, this is just the latest in a rocky relationship between the two high-profile Labour officials.

According to The Sunday Times, Ms Rayner's key aide has been suspended. 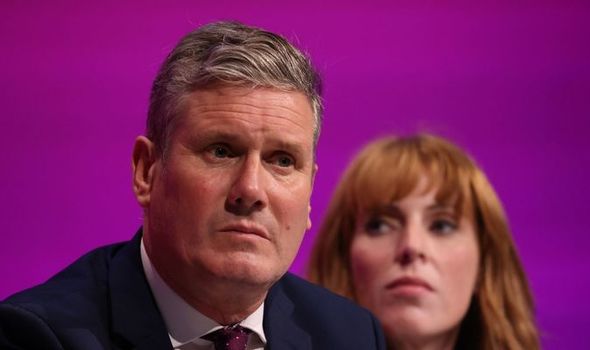 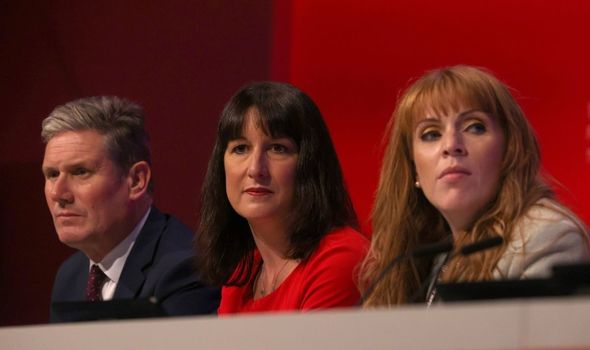 Labour news: The plot has been denied by the spokeswoman (Image: GETTY)

Jack McKenna, the deputy leader's head of communications, was allegedly suspended from his role on Friday and placed under investigation by the Labour Party.

In a sign of the apparent relationship between the two, Ms Rayner was not aware of the suspension of her key aide.

Mr McKenna is allegedly under investigation amid allegations of a personal data breach.

The data breach refers to a tweet that has since been deleted by a journalist.

JUST IN: 'A danger to the world' EU blasted over brazen and 'reckless' raid on 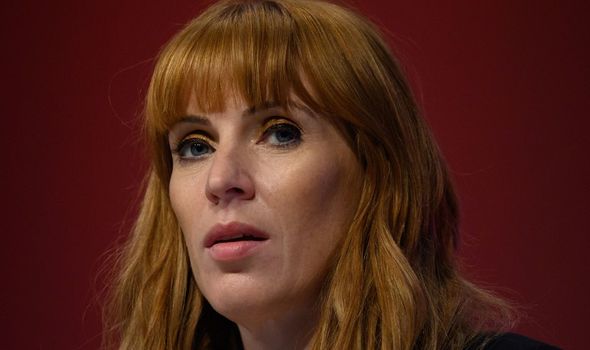 The tweet concerned a row between Ian Murray, the Shadow Scotland Secretary, and Labour’s head of policy, Claire Ainsley, as to whether one of his aides will be sacked.

Labour's headquarters, is thought to be investigating a claim that Mr McKenna briefed the press of the row.

Allies of Mr McKenna state there is no evidence to the claim, while Labour has also insisted the reported suspension does not suggest guilt.

In May, the Labour leader had attempted to relieve Ms Rayner from some of her duties following the disappointing Hartlepool by-election loss. 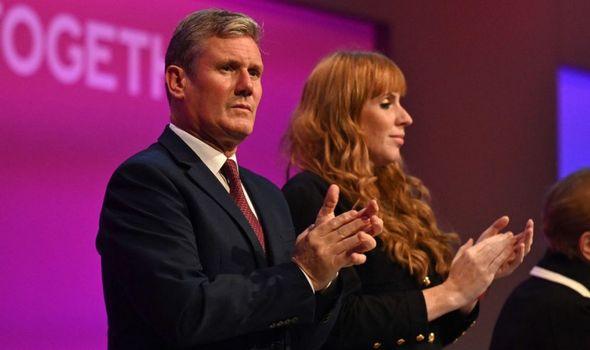 Following talks, Ms Rayner received a stronger brief and was made Shadow First Secretary of State, Deputy Leader, Shadow Minister for the Cabinet Office, Shadow Chancellor of the Duchy of Lancaster and Shadow Secretary of State for the Future of Work.

Last week, Sir Keir enacted a reshuffle and had not informed his deputy of the details.

Indeed, Ms Rayner was only informed of the reshuffle an hour before she was due to give a speech for the Institute of Government think-tank.

A spokesperson for Ms Rayner said: "My understanding is that Keir and Angela had a short conversation in between her media round and her speech. 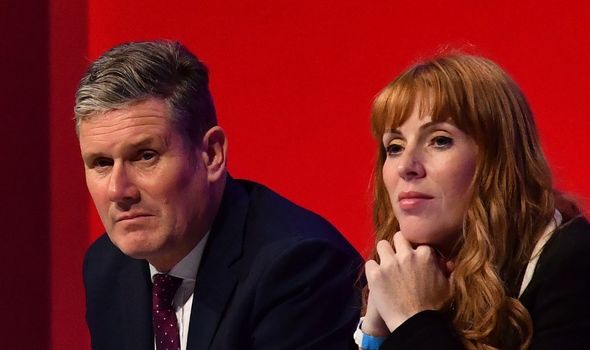 A spokeswoman for the Labour leader told Express.co.uk: "There have not been discussions or plans, nor are there are such plans, to make these changes."

How Russian invasion of Ukraine may trigger conflict in ‘all corners of the globe’ in ‘terrifying’ WW3, expert warns

Celebrity Big Brother makes its return to E4 next month

Xbox series X stock news - live: Who could restock Microsoft’s console next in the UK?

Frame it on the wall! Truss labelled 'chocolate soldier' in 'pathetic' attack by China