But a mission to rescue the three dogs has now been given the green light to rescue three dogs from the abandoned yard. The dogs are now reportedly becoming very thin and are only receiving small amounts of food. Now, a Spanish pilot had requested permission to catch the dogs with a remote-controlled wide net and then fly them 450 metres over lava streams.

It comes as the La Palma volcano eruptions, which first took place over a month ago, have continued to persist.

Canary Island officials have said that there is no end in sight.

And the three dogs have reportedly been stranded on the Island for weeks.

While drones have been dropping packages of food to feed the dogs, this is the first time a plan to rescue them has been put forward.

Jamie Pereira is CEO of Aerocamaras, a drone company. 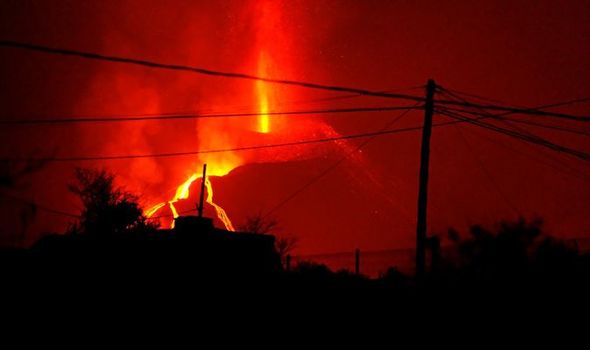 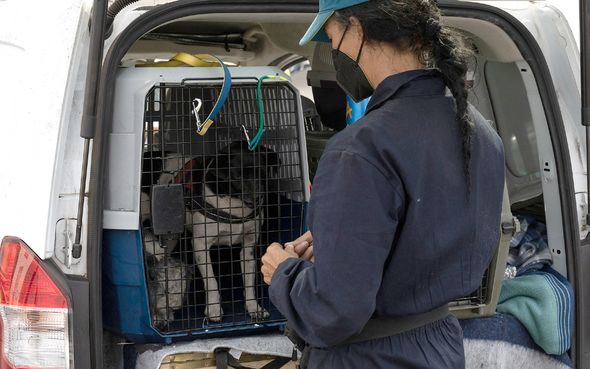 Three dogs will try and be rescued (Image: PA)

A crew from his company arrived after receiving the green light from local authorities to carry out the rescue operation.

But drones are normally not allowed to transport people or animals.

In a world first, he now plans to fly a 50kg drone to catch the dogs and fly them over the lava to their rescue one by one.

It comes as helicopter flights have been due to the hot volcanic gasses that have the ability to damage their rotors.

Since the first eruption, more than 742 hectares (1,833 acres) of land has been smothered with volcanic ash and the ash plume is still several miles high, while lava streams continue to seep out of the volcano.

But Mr Pereira has a master plan. 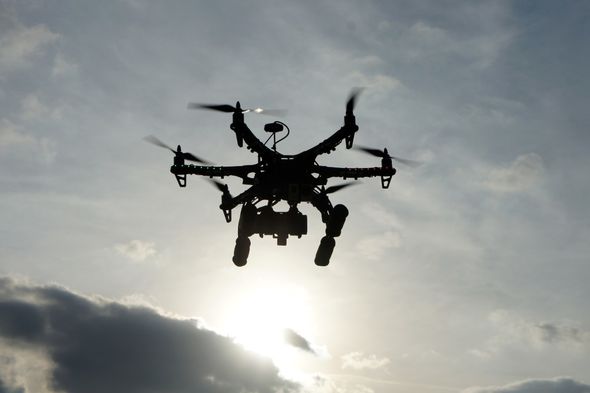 Drones will be used to fly over the lava (Image: Getty )

"If that's the last option that the dogs have? Then we're going after them."

But the task will be tricky.

He said: "What we don't want is to run out of battery when flying over the lava.” 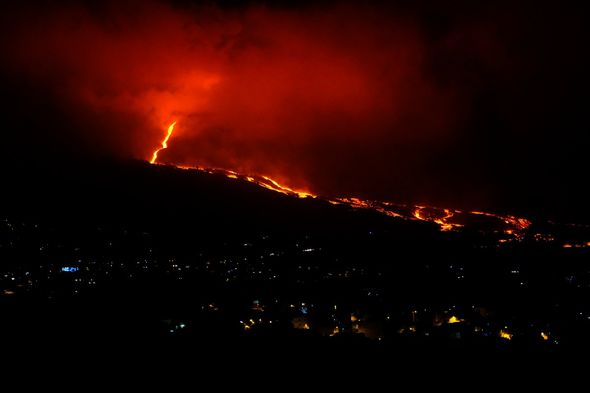 lava streams continue to seep out of the volcano. (Image: Getty) 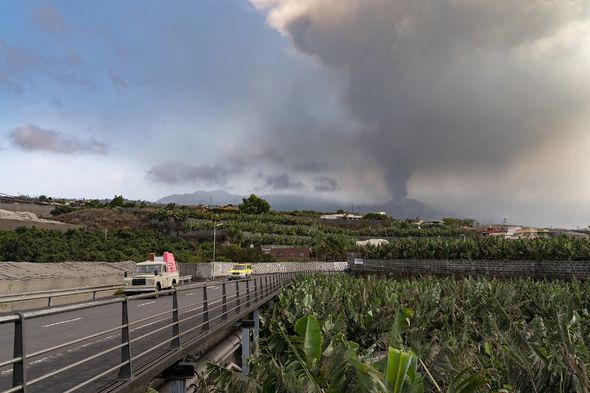 Drones are currently being sent on test flights ahead of the ambitious rescue mission.

But the worry is that the dogs will need to respond to the drones in order to save their own lives.

He said: "They've been eating very little for weeks. They might come, or become scared of the drone. We really depend on their reaction.

“The dog could react by running away, moving, jumping.

“There are those who say the dogs could fracture a bone, have a heart attack.

"Of course there are all sorts of risks, but either we get them out or probably in a few days or weeks they will no longer exist.”

Covid LIVE: Panic as 330% rise in hospitalisations in province where Omicron first spotted

Is I’m a Celebrity on tonight?

Burton neighbourhood where covid rate's 75 per cent above national average

Police want to speak to this woman seen in Whitby Poundland

Scots woman told to 'pull herself together' during mental health struggle

Refusing to wear a face mask can land you with a £6,400 fine as new Covid rules come into force

Woman left with £400 repair bill after 'spoiler comes off inside £6.99 car wash'

Is Newcastle vs Norwich on TV tonight? Kick-off time and how to watch Premier League fixture tonight

Newcastle vs Norwich live stream: How to watch Premier League fixture online and on TV tonight

Is Leeds vs Crystal Palace on TV tonight? Kick-off time and how to watch Premier League fixture

Police hunt man with 'prominent, pointed nose' who 'exposed himself' in Great Corby

Rihanna made national hero as Barbados becomes a republic

Cryptocurrency Omicron surges 900% with the rise of new Covid variant

Woman stranded in Manchester due to Covid for so long she bought a HOUSE here... but now she can finally fly home to husband in Australia after heartbreaking two years apart