KYLE WALKER ignored the coronavirus lockdown by hosting a sex party with a friend and two call girls in his flat.

One of the escorts said the Manchester City and England defender invited them for a three-hour sex session — a day before he urged supporters to follow advice to stay home to help the NHS.

The defender split from his long-term girlfriend Annie Kilner earlier this year after we revealed he had got model Lauryn Goodman pregnant.

A source said: “Kyle has hit rock bottom with his behaviour and his manager will be furious, and rightly so.”

Walker partied with escort Louise McNamara, 21, and a 24-year-old ­Brazilian call girl after he and a male pal invited them to his £8,000-a-month rented luxury apartment in Hale, Cheshire.

Louise said she arrived by taxi at around 10.30pm on Tuesday, the night before Walker issued his plea in an interview for everyone to stay at home.

The single mum says the player, who she took snaps of stripped to his undies, said his name was “Kai”.

Louise, who is studying criminology at Manchester Metropolitan University, said: “I work with an agency in Manchester. I got a message from my boss saying a high-profile client was looking for somebody classy.

“I got a cab from Manchester to the address and a driver picked me up outside and took me to the gates of his apartment.

“Then his friend came out and met me.

“There was another girl in the car too.”

Walker tried to keep his identity secret but after the girls went for a cigarette on the balcony, the other told Louise “Kai” was a “soccer player”.

Louise said: “I didn’t know who he was at the time.

The men agreed to pay the girls £2,200 in cash before moving through to the bedroom, where Walker, 29, pulled out some gold-coloured Shine condoms.

Louise and the other girl left the apartment at around 2am on Wednesday.

“It’s been tough, but first and foremost, we have to think about other people’s health and protecting the elderly and family members that can spread it.”

Days earlier, he posted a video message on Instagram for his 1.7million followers in which he encouraged fans to abide by the advice.

“On the one hand he’s inviting strangers round to his house for sex, and the next day he’s lecturing everyone on the need to stay safe.

“He’s a hypocrite and putting people at risk.”

In a statement last night, Walker said: “I want to take this opportunity to issue a public apology for the choices I made last week.

“I understand that my ­position as a professional footballer brings the responsibility of being a role model.

“As such, I want to apologise to my family, friends, football club, supporters and the public for letting them down.

“There are heroes out there making a vital difference to society at the moment, and I have been keen to help support and highlight their amazing sacrifices and life-saving work over the past week. My actions are in direct contrast to what I should have been doing regarding the lockdown.”

Manchester City also later issued a statement which said: “We are disappointed to hear the allegations, note Kyle’s swift statement and apology, and will be conducting an internal disciplinary procedure in the coming days.”

Two days later, Walker breached the coronavirus lockdown again as he met next door neighbour Wayne Rooney on a walk with model ex Annie Kilner and his three children, The Sun revealed.

A female police officer who was on another call then pounced to tell the pair off and order them home separately. 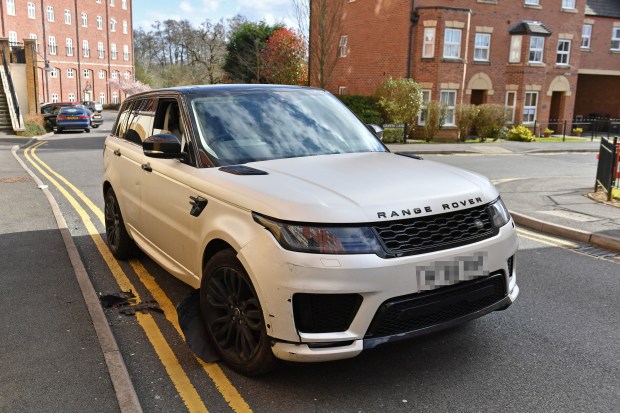 KYLE Walker is not the first Premier League star to get in trouble during the Covid-19 lockdown.

Grealish, 24, was fined two weeks’ wages by Villa which went to a Birmingham charity.

Everton striker Oumar Niasse, 29, was labelled “embarrassing” by cops who stopped his car with a pal and two girls inside in Manchester.

He was reminded of his responsibilities after ignoring  orders to self-isolate for 14 days.

Spurs midfielder Dele Alli, 23, was charged by the FA with misconduct in February after posting a video in which he wore a mask and appeared to mock an Asian man at an airport.

During a 6-hour shift, you can't drink, eat, or go to the toilet. Two monologues from the RPL about doctors who are fighting the virus
APL presented a calendar until July 2. Manchester City and Liverpool will play on this day
Wesley Sneijder: I Could have been like Messi or Ronaldo, but I didn't want to. I enjoyed life, they sacrificed a lot
The bus with the Benfica players was pelted with stones. Two football players were injured
Lillo will become Guardiola's assistant at Manchester City. They had already crossed paths in Mexico
Messi has a slight quadriceps injury. Lionel and Fati trained individually
Simeone's assistant, nicknamed the Monkey, begins a solo career. He was super successful as a substitute for Cholo, and also played rock
Source https://www.thesun.co.uk/sport/11329263/kyle-walker-sex-party-coronavirus-lockdown-hookers-man-city/