KIM Kardashian is struggling to juggle her glam routine as well as having all of her kids at home.

The 39-year-old reality television star shared the woes of many parents who are trying to work from home as well as manage with schools closed, as she was interrupted by her eldest daughter mid-way through an Instagram video.

The KKW Beauty mogul was in the middle of showing fans how to recreate her "Quarantine glam," at-home look.

Kim explained that she was "super bored" as she kicked off the video in the bathroom.

Kim started the video fresh-faced, with her hair was twisted back into dual Dutch braids.

While she was blending her concealer, daughter North, six, wandered in and interrupted before being shoo-ed out of the room.

She had a chat about her homeschool PE plans before Kim went back to her tutorial.

The mother-of-four nudged her little girl back outside while still in the middle of baking her under-eyes with powder.

The Keeping Up With The Kardashians star then revealed that she had taken to hiding in the guest room "because my kids will not leave me alone."

North overheard and chimed up, "Hey, that's mean!" prompting Kim to roll her eyes before losing her patience entirely and snapping: "North, can I please just do my little tutorial? It's all I want to do, just one little fun thing for myself."

North headed off, while Kim let out an irritated sigh of relief.

Kim's tutorial managed to finish, with her dusting contour on the hollows of her cheeks and coloring her lips a rich nude.

After a flick of mascara, Kim blew a kiss at the camera.

Once her face was complete, she threw her hands up and said: "Quarantine glam, just to go to the kitchen and get harassed by my kids to do their homework."

She said she felt better for putting make-up on: "I at least feel honestly good about myself."

"It really does make yourself feel good about yourself every once in a while." 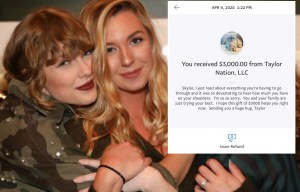 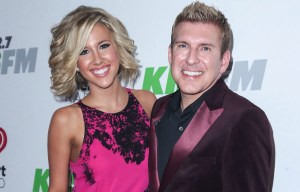 'IT MADE ME REALLY SAD' 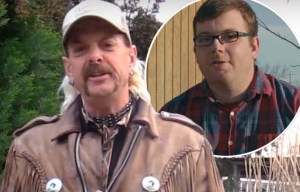 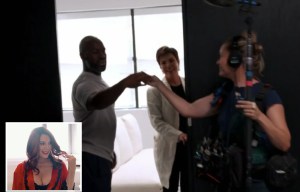 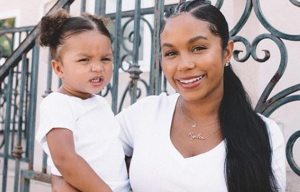 "It's been tough juggling it all, and you know, you really have to put yourself on the back burner and just focus on the kids," she said.

The star has clearly had to manage without her usual levels of hired help.

"I love all the family bonding stuff but I mean I've been doing laundry and cooking and we're now - I mean, the kids just got on spring break, thank God - being their teacher too."

Balotelli wants Brescia to return him to the team or pay compensation. In the summer, the player will change clubs
Witzel on Sancho: He is one of the best players of his generation
Favre about Mike Sancho: I didn't see Anything – I can't judge. I don't know why he did it
The championship will resume on June 20
PSV does not plan to buy out Rodriguez. The defender will return to Milan
Bergomi on Icardi's transfer to PSG: Parisians don't have the prestige of Inter
Alan Shearer: I Want Mbappe to play in the Premier League. I see only one club for him – Newcastle
Source https://www.thesun.co.uk/tvandshowbiz/11368634/kim-kardashians-daughter-north-crashes-quarantine-glam/