An earthquake has struck Hawaii's Big Island, according to the Hawaiian Volcano Observatory (HVO) and United States Geological Survey (USGS). The centre recorded a magnitude 4.5 earthquake beneath the south flank of the island. Hundreds of people reported feeling the ground shake in the area.

The earthquake struck the district of Kaʻū in the early evening yesterday, around 4.32pm HST (3.32am BST).

And it struck wide and deep, according to the USGS, five miles northeast of Pāhala, at a depth of 21 miles.

In a statement, the HVO said they noted a "moderate" intensity but did not expect any "significant" damage.

The HVO said: "Moderate shaking, with maximum Intensity of V on the Modified Mercalli Intensity Scale, has been reported across parts of the Island of Hawai‘i."

READ MORE: Yellowstone volcano rocked by 72 earthquakes amid fears of an eruption 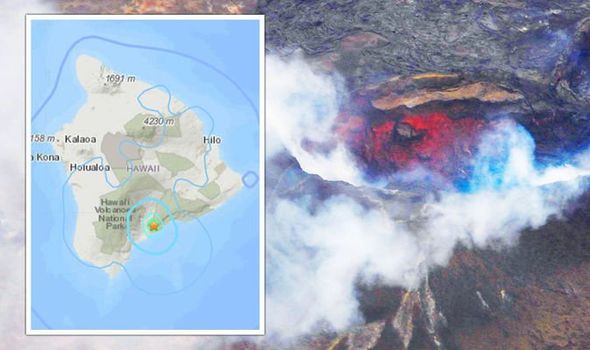 "At that intensity, significant damage to buildings or structures is not expected.

"The USGS 'Did you feel it?' service received over 350 felt reports within the first hour of the earthquake."

HVO Scientist-in-Charge, Ken Hon, expanded on what the tremors mean for the volcano.

He stated the earthquake formed part of Kilauea's resident "swarm". 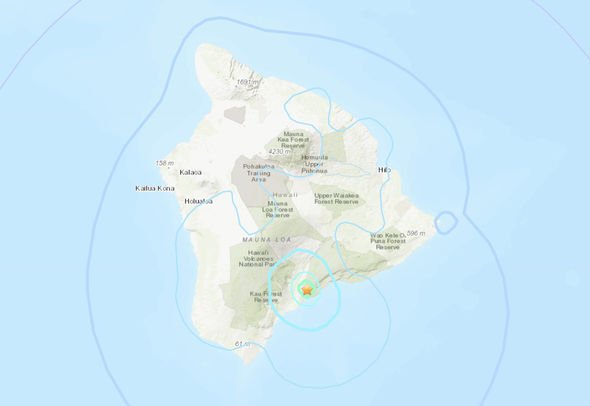 But the alert level has risen both for the infamous crater and its sibling Mauna Loa.

Dr Hon said: “This earthquake is part of the ongoing seismic swarm under the Pāhala area, which started in August 2019.

"This earthquake has been the largest to date in the current swarm and was widely felt across the Island of Hawai‘i, and as far away as Maui, Oʻahu, and Kauaʻi.

"Please be aware that aftershocks are possible and may be felt." 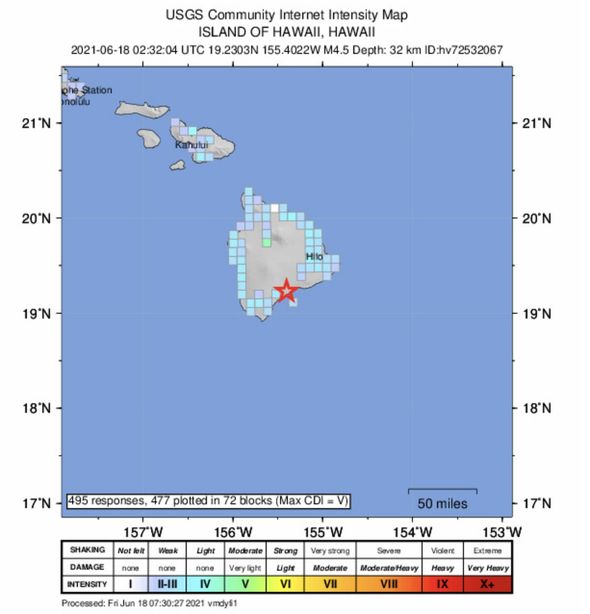 "HVO continues to monitor Hawaiian volcanoes for any changes.

"The Alert Levels / Color Codes remain at ADVISORY/YELLOW for Kīlauea and Mauna Loa at this time.”

Scientists regularly monitor earthquake swarms in and around volcanoes.

Kilauea's activity may seem concerning for some people living on Hawaii, many of whom may have lived through its significant eruption in 2018.

But authorities state the island's youngest and most active volcano is not currently a threat.

Kilauea started erupting in 1983, and activity in the area has since decreased to background levels.

The USGS states: "Kīlauea's summit is no longer erupting; lava supply to the Halemaʻumaʻu lava lake has ceased and sulfur dioxide emissions have decreased to near pre-eruption background levels."

The HVA employs scientists to regularly observe the volcano, which regularly updates its risk analysis.

Richard Dunn: Diash is young, but he has a special aura around him. He will be able to claim the captaincy at City
Rafael Benitez: Working at Everton is a chance to show that I want and can compete with anyone
Davide Calabria: It's even better if no one believes in Milan. Our goal is to add
Lyon made a request to Chelsea for Emerson. The defender of the Italian national team is Interesting to Inter and Napoli
Lewandowski trained on the weekend to get in shape before the start of the season
I'm Cristiano Ronaldo and I only send the ball into the net. The forward refused the crossbar challenge in Real Madrid
Yuriy Semin: Shevchenko has a lot of trump cards to lead the European top club

Plea to district's library users as fees are reintroduced