KELLY Brook has said that she "doesn't have the instinct" for marriage or kids - and that they'd stop her from doing what she likes.

The 41-year-old star has been loved-up with 34-year-old boyfriend Jeremy Parisi for years, but has no interest in ever settling down to start a family with him.

The brunette beauty insisted that she enjoys her "freedom" too much to become a mum, and that motherhood "isn't on her radar" at the moment.

Speaking to Notebook magazine, Kelly said that she has "no plans" to get married, adding: "I’ve got a bucket list and I have to say a wedding is not on it!"

When asked about children, she went on: "I feel like marriage and children are not things I’ve wanted. I like travelling and being with my partner, I like animals working and being independent and I like my freedom. I like being spontaneous.

"There are so many things I love, and I think marriage and children would stop me doing those things. I try to imagine how it would be, and when you have children it’s a huge commitment.

"It’s very hard to change your ways when you get to your forties and I don’t think it’s for everyone. I’m not saying never, it’s just not on my radar."

Kelly added: "I think about it every now and again, then I quickly forget about it. I just don’t have that instinct."

Kelly and Jeremy have been dating since 2015, and in July last year the model sparked speculation that they'd got engaged. 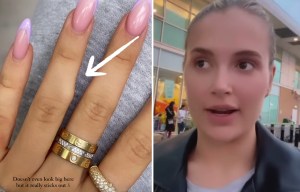 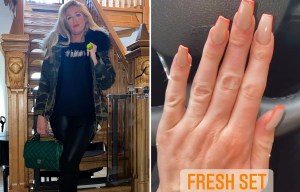 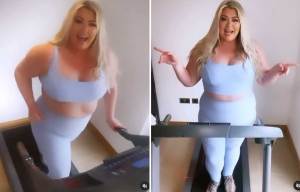 Tongues started to wag when Kelly showed off a huge ring on her wedding finger - but she later revealed it was just the only one the jewellery fitted.

She said at the time: "I can’t wear it on any other finger cos it doesn’t fit!

"He bought it when we first met and it does look like an engagement ring – it’s engraved with the date we met and our names – but he’s never proposed and we’re not engaged."

Kelly continued: "We haven’t really spoken about [marriage] much. He’s a lot younger than me and still has lots of things he wants to do in his life. So I’m not going to start pressuring him."