The programme - filmed in English and the Wales tongue - has returned in 2021 with the third series with Eve Myles once again leading the cast as a solicitor and mother-of-three.

Who's in the Keeping Faith cast?

Born July 26, 1978, Eve Myles is a Welsh actress, best known for her lead role in Doctor Who spin-off series, Torchwood, alongside John Barrowman.

She graduated from the Royal Welsh College of Music & Drama in 2000 and landed her first role as Ceri Lewis in BBC drama Belonging.

In 2016, Eve took on the role of Mrs Jenkins in the critically-lauded ITV series, Victoria with Jenna Coleman and played Gwen Parry-Jones in A Very English Scandal.

She played DS Lola Franks in 2020 crime drama We Hunt Together.

Eve plays Faith Howells, a lawyer and mother, who is seen in the first series trying to discover what happened to her husband Evan after he mysteriously disappeared upon the birth of their child.

Bradley Freegard was born in 1983 in Pontypridd, Wales, and met wife Eve at the National Youth Theatre in 1994, before the pair married in Italy in 2013.

In addition to being her real-life husband, the 35-year-old also plays the role of her on-screen other-half Evan Howells who disappears after the birth of their child.

Bradley became the first Welsh character to debut on EastEnders for 16 years with his 2012 appearance as Gethin Williams.

His other TV credits include small roles on Casualty and Doctors and he co-starred alongside Danny Dyer as Tyler in 1999's Human Traffic.

In 2021 you can also catch him in Netflix series Vikings: Valhalla.

At age 16, Hannah became a member of the National Youth Theatre Wales where she returned later to assist with their Outreach projects.

She's also appeared in EastEnders as DCI Morgan and has had small roles in other BBC soaps Casualty and Doctors.

He stars as Steve Baldini in Keeping Faith, and there's lots of chemistry with Faith.

He has appeared in a number of TV shows including Holby City, Murphy's Law, and Torchwood with current co-star Eve.

He appeared in the first season of hit fantasy drama Game Of Thrones as Shagga, the hill tribe leader.

In 2020 he starred as Inspector Welch in Netflix film Rebecca and as Jason in The Third Day.

We can expect to see him in BBC Wales series The Pact in 2021.

Who else is in the cast of Keeping Faith? 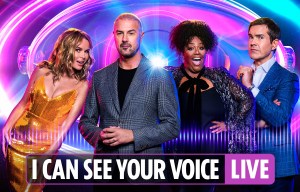 I Can See Your Voice LIVE: Nadine Coyle stars as guest in singing contest 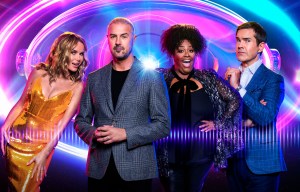 How does I Can See Your Voice work? 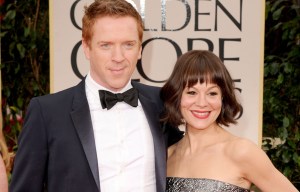 Who are Helen McCrory's parents? 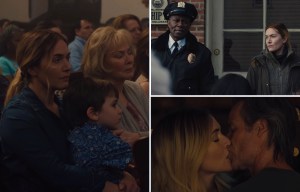 What to know aboutt the HBO series Mare of Easttown 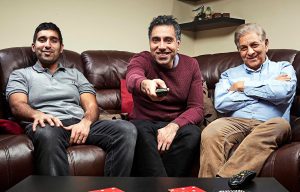 MAD AS A BOX OF GOGS

What will happen in Keeping Faith season 3?

BBC shared a teaser at the beginning of the series: "It's been 18 months since we last saw life in Abercorran, and Faith and Evan's divorce and custody battle goes from bad to worse.

"She tries to be positive as Faith juggles being a mother and a lawyer.

"Then someone from her past returns and threatens her happy future."

Hans-Dieter Flick: I've been a fan of Bayern since I was a kid and had two great seasons here
Conte on 5:1 with Sampdoria: Inter continues to do incredible things
Arsenal management still supports Arteta, although disappointed with the end of the season
Espanyol relegated to La Liga
Inter have won 14 consecutive Serie A home games. This is a club record
Chelsea extended their unbeaten streak to 7 matches. Next - the game with Arsenal
Raheem Sterling: I had an obvious penalty. I do not know why it was not set

Teenager, 18, dies after 100ft mountain plunge while trekking with friends