KATIE Price wrapped her legs around boyfriend Carl Woods as he carried her into a cast appointment after breaking both her feet.

The 42-year-old suffered the freak accident while on holiday in Turkey last month, and has had her feet in plaster casts.

This weekend she swapped the casts for air boots but is still unable to walk, meaning Carl, 31, has had to help her get around.

As she arrived for an appointment with her specialist about her feet, Katie was seen in a motorised scooter before being lifted out of it by Carl to carry her up the steps.

Dressed in a pair of shorts and a black Playboy jumper, Katie wrapped her legs around Carl's waist as he lifted her up to the front door of the building.

Ever the gent, he also carried her Moschino designer back pack.

The Sun Online revealed earlier this week that the former glamour model had been told she faces six months on her back as her injury heels.

The star fractured both her heels after jumping off a wall during a nightmare accident at a theme park in Turkey.

She headed straight to see her surgeon at the Fortius clinic in West London once back in the UK and later posted on her Instagram that she'd just received "devastating" news - but didn't go into further details.

However, The Sun Online exclusively revealed Katie was told her recovery could take up to two years - and she might not walk for six months. 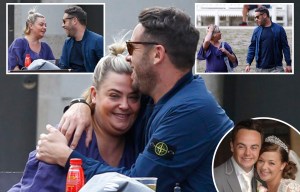 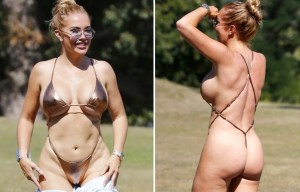 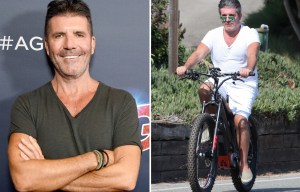 Simon Cowell rushed to hospital after breaking back falling off bike 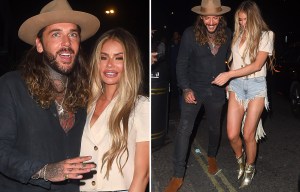 A source told us: "Doctors are saying she won't be able to walk for six months, or put any weight on her feet.

"She needs major surgery on her feet ASAP as it's worse than anyone realised.

"The recovery could take up to two years. She won't even be walking around until well into 2021. She's really upset and can't believe it's this bad."

Adrian: Klopp is the captain of our ship. He is like a father to all Liverpool players
Bayern's super Cup experiment: flick used three different schemes and Kimmich as the ten. Not everything worked
Manchester United want to sign 18-year-old winger Atalanta Traore. He has one match in Serie A
USL club San Diego left the field for the second time (due to a homophobic insult). Last week - due to a racist
Chelsea can let Bakayoko go on loan to PSG for 3 million euros, but would like to sell him. Parisians are ahead of Milan in the fight for the player
Roma agree a transfer for Smalling with Manchester United. Talks - at an advanced stage
De Paul about Messi: you will go to war for such a captain
Source https://www.thesun.co.uk/tvandshowbiz/12353620/katie-price-wraps-her-legs-around-boyfriend-carl-woods-as-he-carries-her-into-cast-appointment-after-breaking-both-feet/

Champions League draw: How UEFA plan to get around the impact of COVID-19

What is Black History Month and why is it celebrated in different months in the US and UK?

A Muslim woman doing her job should not be news

5 best work jackets for women: the blazers and smart jackets you need in your work wardrobe this season

Madeleine McCann may be alive despite German prosecutors claiming they have proof she is dead, ex-Met detective believes

The most stunning hotels in Wales that you could now own

5 best work trousers for women: from palazzo and pinstripes to tapered and colourful, meet your new-season must-haves

Motorists urged to avoid A63 after lorry crash shuts road

Happy Nigeria Independence Day 2020! When did Nigeria become independent and how is today celebrated?

Where the new rules apply as Merseyside restrictions confirmed

Bolton's lockdown to be 'aligned' with rest of Greater Manchester

Woman pays for a stranger's parking ticket in selfless gesture

Tributes paid to Archie Lyndhurst, who has died after 'a short illness'

Ryanair and Aer Lingus in spat over passenger's landings jibe