AFTER a week of hell Katie Price was cheered up by a group of lads enjoying a pint at their local.

The former glamour model, 42, revealed the great reception she received from some Surrey pub-goers as they realised the star was across the road from them.

After parking up her car with a pal, the telly star whipped out her phone out to record the cheers she got from people enjoying their Friday night out.

But at least the boys put a smile on Katie's face after a pretty stressful week.

It was reported intruders ransacked her £1.3million Surrey home that's currently under renovation.

Sources close to Katie has revealed the only two things taken were her backpack and water bottle from her first I'm A Celebrity stint in 2004.

The insider added that the former glamour model believes it was a targeted attack by someone who wished to cause "her pain" and hopes police will recover it.

A source told The Sun Online: "Katie realised that the only thing that was taken from the house was her backpack and water bottle from her first I'm A Celebrity appearance - the one where she met Pete.

"It's one of her most treasured possessions and that's why it's so terrifying - whoever broke in must have known what it meant to her, and set out to cause her pain."

Earlier this month Katie also had the added pressure of coping Harvey's mysterious illness which resulted in him being rushed to hospital in an ambulance.

Despite "fearing the worst," Katie took to her YouTube channel to reassure fans that Harvey is now on the mend after experiencing bad chest pains.

But at least new boyfriend Carl Woods, 31 can comfort and reassure her when needed.

The Sun Online exclusively revealed that the pair have known each other for years but were set up by a mutual friend around a month ago, and have been secretly dating ever since.

Carl appeared on Love Island in 2016 as a bombshell on the speed dating task - but didn’t make it into the villa.

"Katie wasn’t looking for love or a serious relationship but just weeks after meeting Carl, she fell head over heels for him,” a source told The Sun Online. 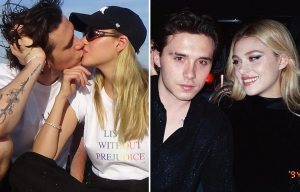 "He’s told her he’s not interested in being famous or another ‘Mr Pricey’ - he just wants to be with her.”

Things are going to well that she sparked engagement rumours when she called her ‘hubby’ whilst on date.

Sanchez finished the match against Bayer, despite the injury
Solskjaer is the fifth coach with whom Manchester United reached the semi-finals of the European Cup
Manchester United are set to buy Sancho this summer despite Borussia's claim that he is staying
Shirokov beat the judge at an Amateur tournament: promised that # # # # # [vdarit] for a red card-and # # # # # [vdarit]
Brunu has scored 11 goals in 20 games for Manchester United. 7 of them were penalties
Lukaku has scored in 9 consecutive Europa League games. This is a tournament record
Konstantinos Tsimikas: Liverpool is the biggest club in the world. I supported them as a child
Source https://www.thesun.co.uk/tvandshowbiz/12094938/katie-price-cheered-up-pub-lads-surrey/