KATIE Price's mum Amy has spoken of her disapproval about her daughter's extensive plastic surgery.

Opening up on how she feels about Katie's multiple surgical ops that she "doesn't need", she told the Sunday Times: "She doesn't tell me now because she knows I'll go ballistic."

Amy revealed it breaks her heart seeing her daughter getting more boob jobs or veneers on her teeth and thinks Katie, 42, may be suffering with "body dysmorphia".

In her most frank remarks yet about her daughter's choices, Amy told the newspaper: "Maybe she does it because she doesn’t feel she’s attractive enough, or maybe it’s body dysmorphia.

"Part of the problem is she gets her surgeries free, so someone is always capitalising on her name."

The mother-of-five and former I'm A Celeb winner, who is currently trying for a baby with boyfriend Carl Woods, told The Sun she had a 12th boob job.

She opened up about her horror at a previous operation in Turkey that she claimed left her breasts 'deformed'.

To correct the previous procedure Katie flew to Belgium to the BeClinic and went under the knife with Brussels surgeon Dr Frank Plovier who does much of Katie's facial cosmetic work.

She added: "That's the first time I've gone to a different surgeon. I had to go back to Frank with my head down, ashamed that I'd been to another clinic.

She explained that she'd had the new 1,050cc implants put in last year.

"I did it when I came out of the Priory - they're just so much better. I didn't get an infection or anything.

"I'm so pleased and I'd recommend anyone to go to him. I've had several surgeries with him."

Katie first went under the knife in 1998, boosting her breasts to a 32C and has gone both up and down in size since then.

In 2015 she removed all traces of implants and returned to her natural bust size for the first time in 16 years.

Last year Katie flew out twice to Turkey, on one occasion breaking both of her feet after jumping from a wall.

But Amy thinks it was the words of a photographer when Katie was only 17 to get bigger boobs that triggered her daughter's desire for cosmetic work.

Amy, who suffers from idiopathic pulmonary fibrosis and was told she had three to four years to live in 2017, said she was "so angry".

She said she could not have the surgery without her permission even phoning the surgeon to tell them they couldn't do it.

But Katie waited until she was 18 to go under the knife with Amy explaining it is the "only way" her daughter "thought she would be successful".

Amy is not the only member of Katie's family who disagrees with her plastic surgery.

Her boyfriend Carl Woods admitted he has begged her to stop but she replied: "No."

The former Love Island star has insisted in a recent interview that she should "age gracefully" insisting: "You can look too plastic."

But, speaking to OK! the 42-year-old star said she was refusing to embrace the fact she's getting older.

"Carl likes me how I am but I did say I’ll keep having little bits here and there as I get older."

The 31-year-old fella, who met Pricey in January and started dating her six months later, said: "I think Katie should age gracefully.

"There is a point when it’s too much and unnecessary risk in being put under.

"I think the surgery does need to stop. You can look too plastic." 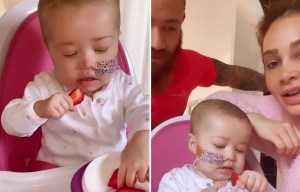 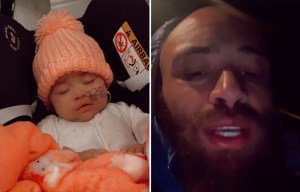 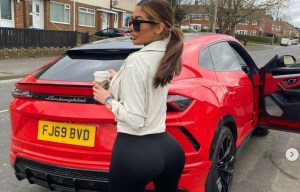 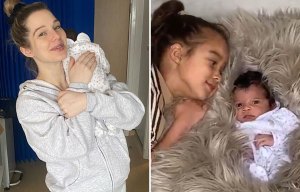 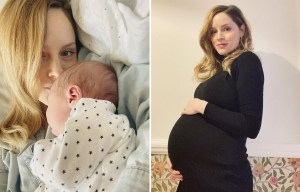 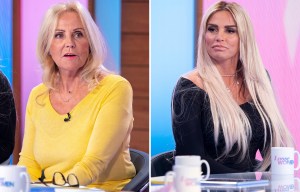 Last year the star, who says she now has a "dream body" flew to Turkey to have lipo, facelift, a Brazilian bum lift and a boob reduction.

The song There by Ben Drake will be released next week with all proceeds going to the Pulmonary Fibrosis Trust.