CARL Woods has shown off the transformation after getting fillers and fat dissolved on his jaw.

The former Love Island star, 32, followed in the footsteps of his girlfriend Katie Price by undergoing the aesthetic treatment.

Carl shared a video of the 'after' results of the 'lift transformation' which saw him get anti-wrinkle injections and fat dissolving treatment to make his jawline 'more contoured and defined'.

He underwent the procedure at Lift Aesthetics just a week after Katie went to the clinic to redo her lip fillers.

The clinic shared a glam pic of Katie after the procedure and explained it had "the pleasure of completely #restyling Katie’s lips !!"

"We dissolved & refilled #LIFTSTYLE and we are absolutely obsessed with the results aren’t you," the clinic wrote on the Instagram post.

Katie and Carl started dating about a year ago and travelled to Turkey together to get their veneers done.

The mother-of-five and former Celebrity Big Brother winner, who is currently trying for a baby with boyfriend Carl, is no stranger to cosmetic treatments and told The Sun she had a 12th boob job.

She opened up about her horror at a previous operation in Turkey that she claimed left her breasts 'deformed'.

To correct the previous procedure Katie flew to Belgium to the BeClinic and went under the knife with Brussels surgeon Dr Frank Plovier who does much of Katie's facial cosmetic work.

She added: "That's the first time I've gone to a different surgeon. I had to go back to Frank with my head down, ashamed that I'd been to another clinic.

Katie first went under the knife in 1998, boosting her breasts to a 32C and has gone both up and down in size since then.

In 2015 she removed all traces of implants and returned to her natural bust size for the first time in 16 years.

Despite following in her footsteps, Carl previously admitted he has begged her to stop getting cosmetic surgery but she replied: "No."

The former Love Island star has insisted in a recent interview that she should "age gracefully" insisting: "You can look too plastic."

But, speaking to OK! the 42-year-old star said she was refusing to embrace the fact she's getting older.

"Carl likes me how I am but I did say I’ll keep having little bits here and there as I get older." 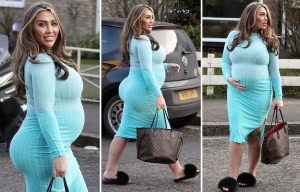 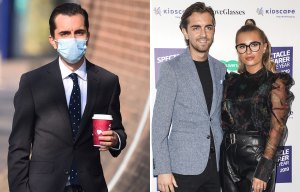 The 31-year-old fella, who met Pricey in January and started dating her six months later, said: "I think Katie should age gracefully.

"There is a point when it’s too much and unnecessary risk in being put under.

"I think the surgery does need to stop. You can look too plastic."

Last year the star, who says she now has a "dream body" flew to Turkey to have lipo, facelift, a Brazilian bum lift and a boob reduction.

Cristiano Ronaldo: Someone can have one or two great seasons. The really strong ones are the ones who are good year after year
Real Madrid is the most expensive football brand in the world. Barcelona-second, Manchester United-third (Brand Finance)
Draxler has extended his contract with PSG until 2024
Tottenham value Kane at 150 million pounds and do not want to let him go to the Premier League club
Real Madrid are unlikely to extend their contract with Ramos if Varane stays at the club
The Government of the Russian Federation has allocated more than 1 billion rubles for the preparation and holding of International competitions
Kane has again told Tottenham bosses that he wants to leave. Manchester United, City and Chelsea talk to his agents