The pair began dating July after meeting at Essex's celeb hotspot, Sheesh with Carl saying he has completely “turned [her] life around”.

Carl, 31, admitted “everyone tells me she’s changed since she’s been with me and that I’ve made her happy".

"She had been in a bad place before she met me. I knew nothing about that time in her life when we first met, but it seems she’d lost her head a few times," he told Closer.

Even though Carl's been good for Katie, 42, she was quite tough on him in the beginning to make sure he would be a quality date.

“She gave me a good grilling – her main thing was that she wanted to know that I had a job and that I could afford to take her out for dinner. Luckily, I could do both,” said the car salesman.

Carl who appeared on Love Island in 2016 revealed he had spotted Katie at Sheesh a few times and asked the owner of the restaurant to introduce them.

“I’d seen her there a few times and I’d always been trying to meet her. We both know the owner and I told him to call me whenever Katie was there. I’d tried before, but she’d been singing on stage," he said.

“After he showed her a picture of me, she wanted to meet me too. When the owner called me, she only had 45 minutes left [at the venue], and I’ve never showered as quickly! I legged it down there and it was a bit like speed dating, but we got along so well straight away.

The pair started dating and soon became inseparable, but two major incidents would have a massive impact on their relationship.

The first was when they were on their first holiday in Turkey together, Katie fell off a wall and seriously broke both her feet.

Doctors told Katie her recovery might take two years and she would not be able to walk for months.

"That situation brought us really close quite quickly. We’d only just met and, all of a sudden, my new girlfriend couldn’t walk any more," Carl explained.

"She couldn’t do anything. I had to carry her to the toilet and then hover her over it.

"Sometimes she missed and it went all over me – that bonds you pretty quickly! I don’t like the word carer but, in essence, that’s what I did – I looked after her.”

Falling in love during a pandemic where the couple had a lot of quiet time together to get to know each other.

“Everyone has their own opinions about things moving quickly, but she’s The One – and to take on everything I have, you’ve got to be sure. I used to have a quiet life, but now I absolutely do not," Carl said of becoming a stepdad to Katie's five kids, Harvey, Junior, 15, Princess, 13, Jett, seven, and Bunny, six.

“Actually, getting together during the pandemic has been a good thing. I’m a homebody but I’m also ambitious – I’ve got my business to think about."

He added: "Katie and I are lucky in that we are both self-employed so we work our schedules around each other – like she will help me pick up cars or I can take her to her publicity events." 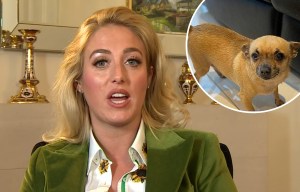 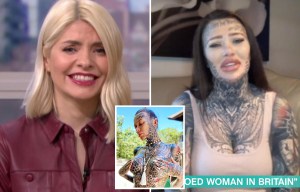 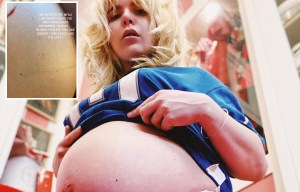 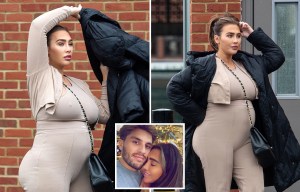 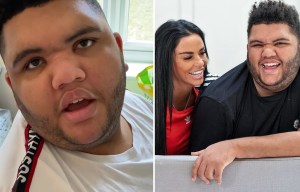 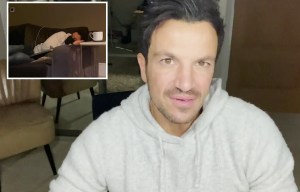 “Then in the evenings we sit together, or as a family, watching TV – we watch a lot of documentaries, especially crime series. And we have date nights – sometimes she’ll cook or we’ll get a takeaway and we just chill on the sofa," Carl explained.

“I don’t think that will change much when the pandemic is over. It’s put life into perspective – it’s all about having quality time with family and loved ones.”

For Katie, it seems Carl is the one and she's ready to marry him.

“I’m not getting any younger . . . I do look younger as I get older but you know what I mean,” she says. It’s all happened really fast but I know Carl is the man for me. He’s The One and I couldn’t be happier — look at me!" she told The Sun in December.

Arteta can lead Barcelona. He is Laporte's candidate
Ismailov asked Nurmagomedov to support Anzhi. Habib replied
Boyarintsev about the time in Nosta: The metallurgical plant was puffing at the top of its lungs. The sediment on the field fell out, sometimes
Fonseca about 1:2: Roma failed in the first 20 minutes and could not cope with the high pressure of Milan
Director of Akhmat about 1:2 with Dynamo: Logic is not always present in everything
National team coach Panikov on Golovin: For actions at speed with the ball-top. The more, the better the result
Manchester United have not lost 20 consecutive games away from home in the Premier League. Up to Arsenal's record of 7 games
Source https://www.thesun.co.uk/tvandshowbiz/13789301/katie-price-carl-woods-first-date/

How to get a £2.19 McDonald's Triple Cheeseburger for just 99p

McDonald’s is selling the triple cheeseburger for 99p today

Likely that people who had Covid can still catch Brazilian variant

Europeans get 'right to repair' for some electrical goods

Aldi announce new ban for all stores in England and Wales

Biden news – live: Trump hints at 2024 run as he asks for more money and tears into successor

Who was St David and what is St David’s Day?

Even more chaotic than usual, Globes still had their moments

Curious piece of coastal history launches into a new future

Coronavirus pandemic bringing communities together with new army of volunteers

Covid crisis bringing communities together with new army of volunteers

When is National Offer Day 2021 for primary and secondary pupils?

Over 200,000 health workers haven't taken up offer of Covid jab

Rail fares in England and Wales have today gone up by 2.6%

St David's Day: 5 things you didn't know about the Patron Saint of Wales