KATIE Price collected eggs at an organic farm today after revealing son Harvey is going to live at residential college.

The TV star and boyfriend Carl Woods were spotted leaving with a tray of two dozen eggs after getting to mingle with the chickens that had laid them.

Katie, 42, nipped into Sparlings farm shop in Essex on Monday where she got to hold the birds — whilst dressed in a Gucci tracksuit.

The celeb teamed the look with a faux fur gilet and beige Balenciaga trainers worth over £500.

She looked even more glamorous as she showed off her new blonde hair extensions.

But despite her fancy threads Katie didn't mind digging through the hay to find her eggs.

Meanwhile, Katie told The Sun that Harvey is getting ready to settle into life in residential care after she made the tough decision to move him in order for him to learn how to become more independent.

At 6ft 2in and almost 29st, it is too hard for 5ft 4in Katie to calm or restrain him, because Harvey’s autism means loud noises and slamming doors can cause him to lash out unpredictably, headbutting walls and smashing windows.

Katie and Carl recently surprised the teenager with a gift at his new long-term living accommodation National Star College in Cheltenham, Gloucestershire.

He was over the moon when they revealed they'd sourced him a huge new bed.

Katie also asked her oldest son: "Do you know why you've got this bed? Because you're not a boy anymore you're a ...." 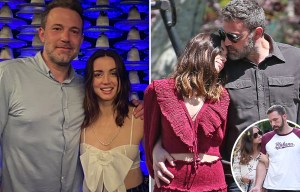 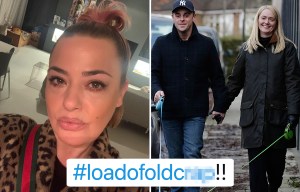 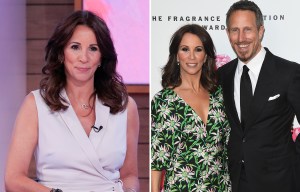 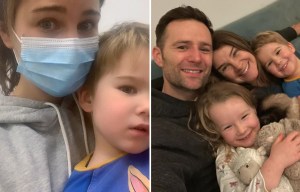 "This is going to be amazing," Harvey replied as he sat back down on the bed.

Katie has raised disabled Harvey mostly as a single mother, and decided to move him into a residential college to teach him how to live a more independent life and learn new skills.

Katie Price delights son Harvey, 18, as she surprises him with a brand new bed 'now that he's a man'