Juventus have been forced into an apology after a tweet was posted on their womenâ€™s teamâ€™s official account which showed one of their players making an offensive eye gesture.

The post was live for around 25 minutes â€“ to the astonishment of thousands on social media â€“ before it was deleted. The tweet attracted universal condemnation, with the club being accused of â€œblatant racismâ€. 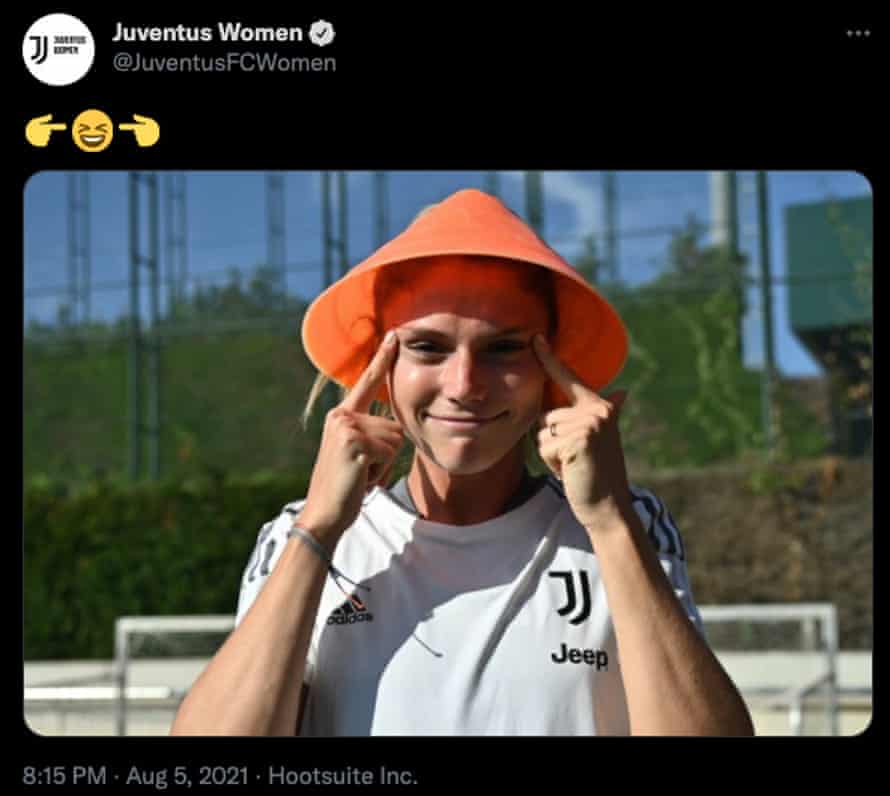 Juventus then posted an apology which read: â€œWe sincerely apologise that our tweet, which was not meant to cause controversy or have any racial undertones, may have offended anyone. Juventus has always been against racism and discrimination.â€

The offensive tweet showed Cecilia Salvai using her fingers to narrow her eyes while she also wore a red training cone on her head.

The US sports commentator Keith Olbermann tweeted: â€œAnother one of those â€œweâ€™re sorry if YOU are offendedâ€ non-apology apology. Itâ€™s blatant racism, Juventus. Acknowledge it, apologise, ask for forgiveness.â€

Juventus women are the reigning Serie A champions, having won the previous four titles. They are now coached by the former Arsenal manager Joe Montemurro.

Earlier this year Juventus described themselves as being â€œat the forefront of the fight against discriminationâ€.

Prince Andrew is being failed by lawyers as ‘wall of silence’ over sex abuse claims is damaging the monarchy, aides fear

'Denying Scotland's ability to prosper!' Sturgeon mocked as Scots lose out on Freeports

Trump considered repainting his own plane to resemble ‘the way I think Air Force One should look’, book claims

‘Free the political prisoners’ and ‘lock her up’: The Justice for J6 rally was many things to many people

'Macron has lost the plot!’ Britons mock French leader as he throws toys out of pram