JOSHUA BUATSI reminded the British light-heavyweight division of his terrifying power with a violent KO win over Daniel Dos Santos.

The Anthony Joshua-managed ace has enjoyed just two fights in the last two years, allowing domestic rivals like Anthony Yarde, Lyndon Arthur and Spider Richards to creep ahead of him in some rankings.

And he took his training camp for Saturday night’s Manchester main event to San Francisco to work with revered American trainer Virgil Hunter.

But the softly-spoken 28-year-old sent a loud and clear message to his domestic rivals and the 12st 6lbs world champions with a savage fourth-round KO of an undefeated challenger.

Buatsi’s jab was pinpoint and vicious, spearing at the Frenchman’s face and body.

Dos Santos arrived in Manchester, for his first fight outside of France, with a 15-0 record and looked nervous against the 2016 Olympic bronze medal winner.

Croydon boy Buatsi, now 14-0, clipped the visitor with a left hand in the second and floored him moments later.

Another left hook landed flush on Dos Santos’ temple and a right hand folded him into the canvas.

The overmatched visitor beat the count but then panicked under every Buatsi attack and scampered around the edge of the ring to avoid the fight.

Buatsi kept stalking his prey around the ring until Dos Santos snapped and dump tackled him onto his back in the third.

The Ghana-born 28-year-old was fuming with the wrestling move and things threatened to boil over into a brawl until the Team GB ace nicknamed ‘Just Business’ regained his cool.

Buatsi refused to forgive or forget the foul and started the fourth with a violent left hook that had Dos Santos stumbling across the ring like Bambi on ice.

And Dos Santos was knocked spark out when Buatsi faked and feinted a couple of jabs before a booming right hand collapsed him into the ropes for a worrying fall he thankfully recovered from quickly.

Earlier in the night Jason Cunningham put on the performance of his career to snatch the European super-bantamweight title from Gamal Yafai.

The Doncaster lad with ‘The underdog who never gave up’ tattooed across his chest dropped the champion three times before getting a deserved decision win.

The longshot southpaw outboxed Yafai in every department and stunned him with three big left hands that dropped him a hat-trick of times.

And Cunningham dedicated the blistering life-changing win to his daughter, saying: “I am tired. I have serious blisters on my feet. 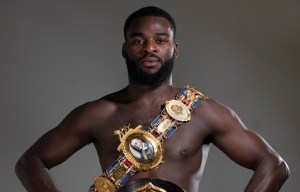 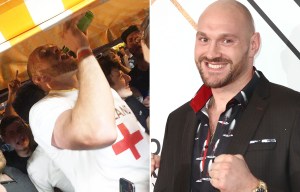 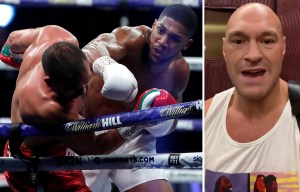 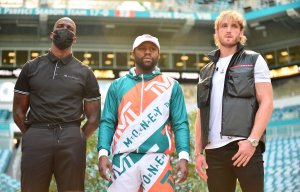 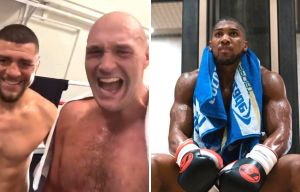 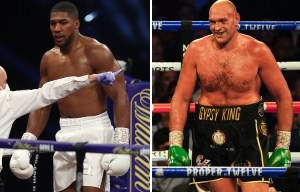 “I have done it the hard way, no big promoter, on the road, old-school titles at three different weights and I am always written off.

“But I kept my head in there and didn’t get involved, even when I hurt him.

“That is the best performance of my career – on just three-week’s notice – and it is all for my little girl.”