JOSHUA BUATSI will race through the gears on his boxing comeback after 13 months out, with two fellow Brits in his crosshairs.

The 27-year-old light-heavyweight gets back in the saddle on October 4 in a tune-up bout against Marko Calic.

The competition with 29-year-old Yarde — who boxes on a rival TV network under promoter Frank Warren — is on the backburner until one of the Londoners lands a world title.

But 35-year-old Johnson, who challenged bravely for a world title at the end of 2018, is one Buatsi wheelie fancies.

The Anthony Joshua-managed ace said: “The Callum Johnson fight would be easier to make as we are in the same weight class, promotional team and country.

“Just by being in this sport I think we all make it clear that we want the best fights but there is always more to it sadly.

“I watched the first couple of rounds of Anthony Yarde’s recent fight and then just got on with my evening but it was good he got back to winning ways.

“It’s hard to say if we will fight, we both want to, but the politics can make it difficult.

“I know it is the main fight that people want to see so, if the two promoters can come together and get to an agreement, I am sure us two fighters will take it on.” 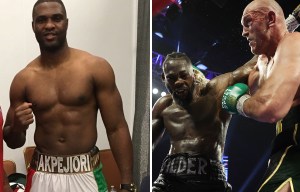 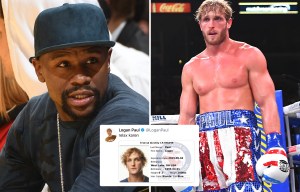 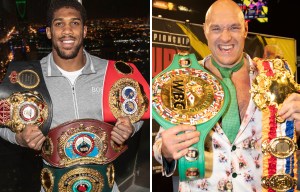 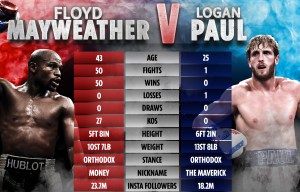 Floyd vs Paul tale of the tape: How they compare ahead of shock fight 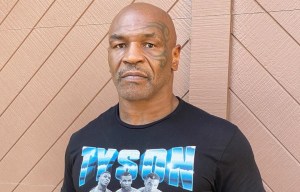 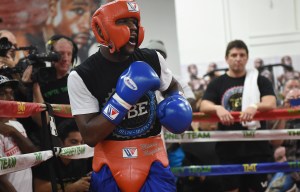 Floyd Mayweather once dropped heavyweight with body shot during sparring

When gyms were closed for the Covid-19 lockdown, Buatsi hit the steepest hills in London and Kent to race Team GB heavyweight star Cheavon Clarke on two wheels.

Typically he gave his new hobby 100 per cent and had to be reminded to swap the helmet for a sparring headguard once he could get back to the day job.

Buatsi added: “Boxing is my bread and butter. I am not a professional cyclist and a couple of people reminded me of that so as soon as the gyms reopened I got back to the grind.

“I had fun beating Cheavon in every race but I was happy to get my career back on track.”

Barcelona will sue a journalist for making racist statements about Fati
Frank Lampard: Mendy is our number one, but everyone has the right to prove their superiority in the competition
Ex-head of Loco Naumov: We need to beat Red bull in the second leg and go from 3rd place in the playoffs Europa League
CSKA starts in the Europa League. Beat Wolfsberg?
Arteta on not including Ozil in Arsenal's Premier League bid: I couldn't get a better game out of him
Ex-FIFA inspector Bartfeld on Loko Red Bull's 2nd goal: the Referee made a mistake. There was a direct kick to the legs, went the development of the attack
Vinicius after 2:3 with Shakhtar: real are already focused on winning the Clasico
Source https://www.thesun.co.uk/sport/12715816/joshua-buatsi-anthony-yarde-callum-johnson/