Spurs are in the midst of a possible nine games in 22 days as they pay the price for having to go through Europa League qualifying, which they have to juggle with the Premier League and Carabao Cup.

They were in Bulgaria on Thursday night as they beat Lokomotiv Plovdiv and are back in action at 12pm on Sunday with a trip to Southampton before embarking on two consecutive weeks of Tuesday-Thursday-Sunday games.

Leyton Orient are the opponents on Tuesday in the Carabao Cup before a trip to Macedonia in the Europa League 48 hours later and a home game with Newcastle on the Sunday.

If they progress past Orient, Chelsea could be waiting in the next round 48 hours after the Newcastle game, before another possible Europa League qualifier and then ending the hectic schedule with an away game at Manchester United. 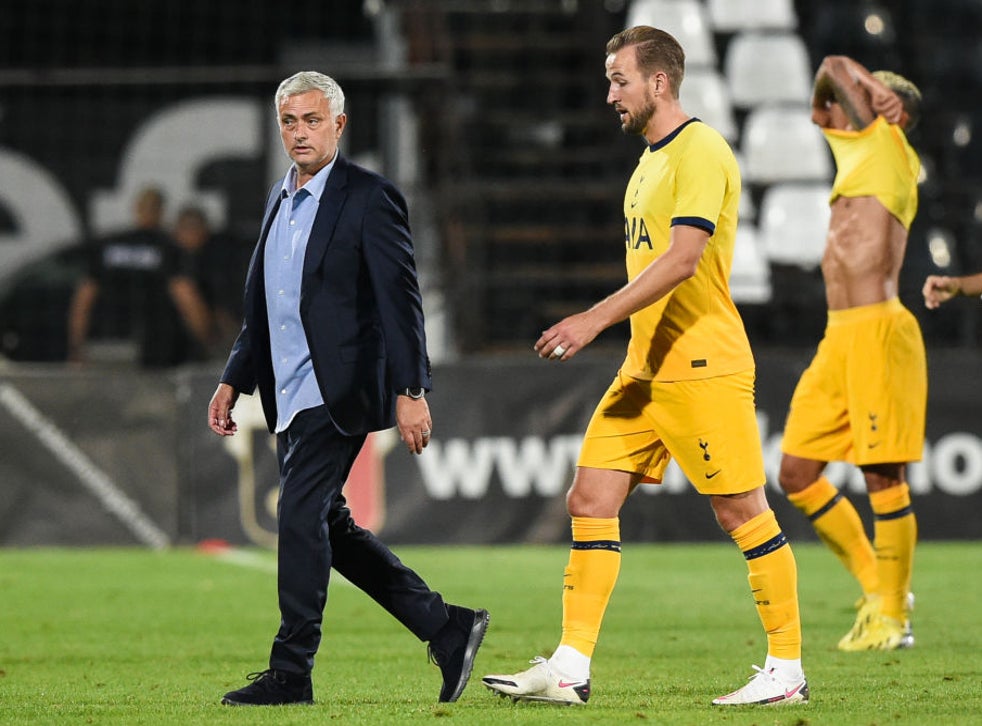 "I hope it is (nine games in 22 days) because I wouldn't like to be knocked out of the Europa League or even the Carabao Cup," Mourinho said.

"This is a joke, this is a total joke, but here we go. We were very, very lucky that Leyton Orient beat Plymouth because Plymouth would be very, very far for us.

"It's quite dramatic but I would prefer to be in this competition so let's fight until we can."

Spurs have not been helped by TV scheduling as their game at St Mary's kicks off at 12pm on Sunday, which is not ideal considering they did not arrive back from Bulgaria until the early hours of Friday morning.

Mourinho does not have the luxury of being able to play a weakened side so will manage his players the best way he can.

"The reality is we are playing these matches for big things so when you lose a match in the Premier League, you lose three points, if today we lose then we are out of the Europa League so it's difficult to manage both things at the same time," Mourinho said after the match on Thursday night.

"But we are going to try to recover the best we can. The game could be 5pm or 6pm to give us more time but, no, it's 12pm and that's another great decision so it has to be, it has to be.

"We have to go, we have to travel and now of course we are going to arrive very, very late and going to stay together in our training ground to start tomorrow morning to prepare the best we can and at this moment, to prepare is to recover."

Spurs will assess their squad to see if anyone who travelled to Bulgaria picked up any knocks, but Japhet Tanganga is definitely out with a thigh issue.

Real Madrid are paying the price for a stupid sale to Ronaldo. No one to score. Calderon on the club's problems
Ozil posted a GIF of himself at work in the office: Forward, Arsenal
The Slovenian youth team wants to expel the tyrant coach: he is Against warm-UPS, forbids sleeping on planes and celebrating goals
Ozil on the rapid match: I'll support Arsenal at the TV. I bet on a 4-1 win
Alexey Miranchuk: It's nice to be Back in the game. We continue to work 🤙 🏻
Liverpool will deliver food packages to families in need during the school holidays
UEFA reprimanded Karabakh in a military salute on a match of League of Europe
Source https://www.independent.co.uk/sport/football/premier-league/tottenham-news-jose-mourinho-europa-league-fixtures-epl-b482338.html